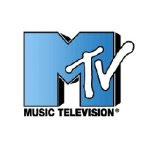 The network, which already has 150 websites in 162 countries, plans to build literally thousands more, hoping to draw viewers by letting them watch, contribute and even re-edit its television shows.”

The article goes on to say, “The move is a risky one for Viacom as it could breed confusion and dilute corporate branding, especially for a company whose Web strategy has been difficult to discern.”

You should Google and read about this topic for yourself, but with all due respect to Reuters, there is only one risk — the risk that MTV will not go far enough.

MTV’s biggest problem is that their audience thinks that MTV also “has” a website. As opposed to MySpace’s audience which does not care if MySpace has a TV Network. MTV’s biggest competitors are not using television distribution to attract their audiences. Practically the entire constituency spends a significant amount of time gaming and online. Unfortunately for MTV, it is not a meaningful brand in the pure-play online environment.

Could MTV (the arbiter of taste for the previous generation) use the power of cable and satellite network distribution to drive significant traffic to a series of websites? Sure. Can they rework their web offerings convincingly enough to incentivize MySpace and YouTube users to come back? Wrong question? The digital natives have never viewed MTV as a “place” to spend time online. The right question is, does MTV have consumer permission to evolve into a media experience that combines the power of online (social networks, if you like), traditional network television and the myriad other live, event, wireless and broadband consumer touch-point opportunities?

It’s a multi-million dollar question. So, just for fun, let’s do a thought experiment. For the sake of argument, pretend that MySpace was MTVSpace. Would MTV be any better off than it is now? Take it a step further and pretend that YouTube was MTVTube. Does that help or hurt? Assuming that you had this generation coming and going, TV, Internet, Internet Video — would it help MTV?

There’s no right answer to this question because the hypothetical case is not something that could ever exist. But it is instructive to think about how the business model for MTV Networks might change if they were able to conglomerate two of the biggest aggregators of youthful eyeballs.

I submit that there is no way for MTV (the television channel) to evolve into an online play without a complete commitment to that medium. In reality, MTVTube with a strong social network component, fully backed by the promotional power of the TV network is all they can ever hope to achieve. Can it be done?

There is one little sticking point with this plan. No matter how much credit you give this generation for multi-tasking, there is a limit to how effectively you can divide narrative television viewing and time online. Everyone knows that people IM constantly during TV shows and spend quality time ignoring commercials during breaks. With an average TV hour being between 40-44 minutes long, there is plenty of time to act like you are multi-tasking without really having to do anything of the sort. How twisted does your mind have to be to even consider a world where a 14 year old would have MTV playing on their television monitor and be simultaneously emotionally invested in some aspect of mtv.com? It is beyond the bounds of sanity to think that one brand, no matter who they are, could enjoy such a stranglehold on this very fickle, cool hunting demographic — but it is surely fun to think about.

According to Mika Salmi, Digital President of MTV Networks, “People tend to find content on the Internet through thousands of front doors as opposed to one … in some ways we’re in a better position than most media companies are — we’re where people want to be.” This is all well and good. But let us not forget that MTV enjoys revenue from licensing fees as well as advertiser sales. And, with very few exceptions, neither of those revenue streams has proven meaningful (at scale) in the world of online video.

Am I being too harsh, too old-fashioned, too “this is the way it has always been done,” too 20th Century? You could read it that way. But you’d be missing the point. MTV is a cable/satellite network with a virtual monopoly on its demographic. Because it had achieved a certain size (call it critical mass), no other demographically similar music television network could hope to achieve the same scale. This is true today as it was then.

MySpace and YouTube have the high ground here. Neither company was designed, they both evolved to scale. To think about it another way, what would it take to unseat Google today? Could you build a substantially better product and promote it hard enough to win?

We can all learn some valuable lessons from Mika and MTV’s approach to these issues in the coming months. Assuming that they can execute what they have articulated, their success or, lack thereof, will tell us a great deal about consumer permissions, the power of the MTV brand and the nature of media consumption for digital natives.