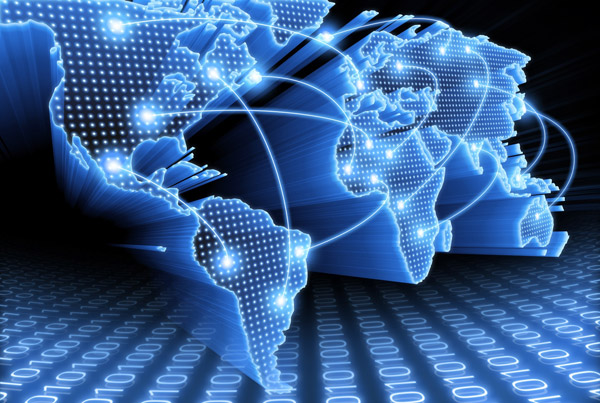 But what do you really know about your broadband connection to the outside world? Does is take all night to upload a big flash memory card’s worth of photos to Kodak Easy Share? Do you have a static IP address? Can you access the files on your desktop computer from off premises? How quickly can you upload your files to an online back-up service? Can you join a peer-to-peer (P2P) network and be a valuable node? Can you share a legally purchased movie file with yourself through a P2P service in the amount of time you would expect it to take based upon your ISP’s specifications? Welcome to the secret world of bandwidth. It’s a covert place where the dark arts of traffic shaping and bandwidth throttling are usually hidden from view.

But last week, the Associated Press reported that Comcast was “actively interfering with file sharing by some of its Internet subscribers.” The report went on to say that, “The AP also found that Comcast’s computers masqueraded as those of its users to interrupt file-sharing connections.” Initially, Comcast denied everything. But just a few days ago, Mitch Bowling, senior vice president of Comcast Online Services, backtracked a little, saying: “During periods of heavy peer-to-peer congestion, which can degrade the experience for all customers, we use several network management technologies that, when necessary, enable us to delay – not block – some peer-to-peer traffic. However, the peer-to-peer transaction will eventually be completed as requested.”

As you can imagine, the blogosphere has exploded with pundits and commenters crying foul. Internet watchdog groups were up in arms denouncing Comcast’s actions and conspiracy theorists everywhere were positing that other cable companies and Internet Service Providers (ISPs) were doing exactly the same thing.

“This is exactly what Net Neutrality legislation is all about,” said one very disgruntled lobbyist. “All Internet traffic is supposed to be treated equally!” Perhaps, but Net Neutrality is not yet a law and, considering how powerful the lobbyists are on both sides of this issue, it may never be.

So, without getting too technical — is there a smoking gun? If there is, it may be in the form of a publicly traded company called Sandvine Corp. (SVC.TO). A quick browse through their published financial documents and investor materials show the company bragging about having “eight of the top 20 broadband service providers in the US” as customers.

What do Sandvine’s applications do? In a perfect world, they help big ISP’s efficiently and profitably manage their Internet traffic. However, in the hands of an anti-P2P Auror, the software can forge TCP RST packets that cause Internet connections to drop. This technique is regularly used in mainland China to facilitate Internet censorship. Simply put, the system sends a message that fools computers into thinking that the peer they are connecting to doesn’t want to continue the connection. Where is Mad-eye Moody when you really need him?

What this means in the long run is unclear. But here are a few things to think about. ISP’s can sort out and route traffic as they see fit. This means that a 911 call over a VoIP system (Voice over Internet Protocol) can be differentiated from the outgoing traffic your teenager is sending from his XBox Live session and the photos you are simultaneously uploading to Flickr. At first, this seems like a very good thing. You would not want the call to EMS delayed because you are about to find out what happened to Master Chief. On the other hand, if you can sort out one kind of traffic, it means that you can sort out other kinds of traffic as well.

As I love to say, you can’t put the toothpaste back in the tube. In practice, your ISP completely controls what you can do with the bandwidth you think you are paying for. On paper, my home broadband connection is 10 Mbps down and 1 Mbps up. In practice, due to contention and network congestion, it is never anywhere near that fast. In reality, the speeds I see on my bandwidth meter have nothing to do with the speed at which the data I send will travel around the Internet — that’s up to my ISP.

The AP story about Comcast is interesting, but it’s just the beginning of a fascinating journey we are all about to take into the secret world of bandwidth. With new wired and wireless broadband choices coming to market everyday, it won’t be long before consumers force this issue into the open. In the mean time, if you’re having a little trouble with your broadband connectivity — call your ISP and ask some very hard questions. The answers may surprise you.