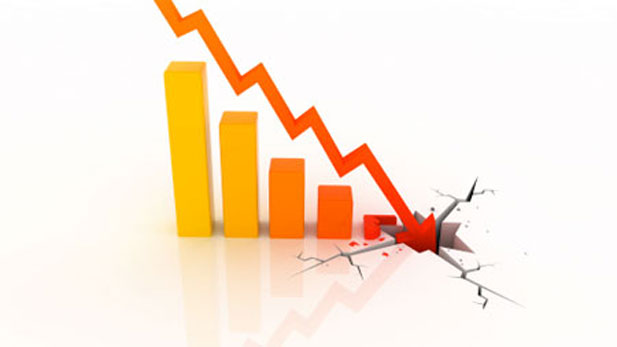 Note: the following column was recently published in my Shift Age Newsletter.  Please click here to sign up for free subscription.

In the past few months – and particularly the past few weeks – I’ve been asked everyday about what I think the near-term economic future will be. People even ask me about the stock market: Should they buy real estate? What do I think the price of gold might be? Because I’m a futurist who has been correct about some big things, they look to me for investment advice in these incredibly uncertain times.

I am not an investment advisor. I do not want the responsibility of guiding investors by answering their specific questions. That is not my expertise. My expertise is discerning long-term trends and developing long-term forecasts. Of course, these long-term trends could affect their specific investment. If questions are shaped in macro terms, I am happy to answer, as I feel some certainty and firmness of footing.

During the last few weeks of the debt debate debacle in Washington, I was asked every day what I thought might be the outcomes or consequences. In the week leading up to the August 2 deadline, I was in Australia and New Zealand, where it seemed everyone wanted my view. Other than the immediate statement that, as an American, I was totally embarrassed by the prioritization of party and special interests over the national interest, I did make some predictions

I said that if the debt reduction was not significant – with at least 80 percent spending cuts combined with 20 percent in revenue increases – the debt rating of the U.S. would be put in jeopardy. I stated that the total package should be $4 trillion-plus for it to be considered serious. Further, I said that it had to be at least a total of $3 trillion to avoid possible downgrading of debt.

Well, we now know that the reprehensible reality of the Democrats and Republicans once again kicking the can down the road proved me right.

-The U.S. debt situation. The failure of Congress and the president to do what was necessary will have cascading negative effects both in the country and around the world.  Uncertainly will most definitely go up and stay up. A lack of leadership combined with political sniping will only increase the sense of anxiety Americans and people around the world will feel. This will drive the U.S. back into recession. Not that many of us have felt a “recovery”. It will be gut-check time in global equities.

-The European Debt Crisis. This is no longer – and for at least a year has not been – the Greek debt crisis. It is a crisis of the Euro. Since the second “bail-out” of Greece, I have been saying that it could well be the death rattle of the Euro. The end of an ill-conceived, poorly implemented regional financial experiment created at the end of the 20th century. I cannot really say what the probability of that is, but my instinct says it is in the 30-60% range of probability. A collapse of the Euro will cause profound negative disruption and uncertainty and will drive equity markets down significantly. I have spoken to a number of residents from the U.K. who are happy they still have the pound. I can only imagine what percentage of Germans are getting nostalgic for the Mark. It must be growing daily.

-Coming economic disruption in China. The central planning of the government that has helped create the modern economic miracle that is China is coming up against itself and market conditions. Inflation is up, property prices are falling, and the financial disparity between the affluent in Shanghai and the poorer provinces continues to increase dramatically. Chinese I have met in my global travels tell me they and those they know no longer believe the government. There will be at minimum, a major hiccup.

-The global commodity boom. Commodities are on a long-term bull market ride.  There will be a lot of volatility, which at any time can be of great benefit or great harm to national economies, depending on their export/import relationship to a specific commodity. What I can forecast with some certainty is that the price of oil will stay high long term. Except for a short-term drop that might last for a few months due to fears of a double-dip recession, it will largely trade between a low of $90 and a high of $120  for the foreseeable future. The “Arab Spring” means that OPEC will need to flow significant oil revenues to building up infrastructure and institutions to keep their populations from incitement. I do think gold will go higher and will bounce around at high levels, but there will be selling pressure to offset the negative flight to it caused by fear. At what price to sell will soon become the question.  The larger problem is that the increasingly weird weather and population pressures will keep most food commodities at historically high prices. The combination of high food and long-term high oil prices will cause a significantly negative reality for less developed countries and will put a lid on consumer spending around the world.

Finally, there is a trend of significant force around the world relative to consumer spending. In 2007, I coined the phrase “thrift will be the new cool,” and, of course, this has proved true. Since early 2009, I have been saying that any recovery would not occur because of a strong increase in consumer spending, as that simply would not happen. In 2010, I stated that there was a new, deeply entrenched consumer trend that I called the “less is more” trend – where need has largely separated from want. We used to buy because we wanted something; now we tend to buy only if we need something, and even then, we try to postpone the purchase.

In earlier columns, I described the economic collapse as the “too much stuff” recession. We all stopped buying, faced our closets and houses, and realized how much stuff we had. We realized that not only could we no longer purchase with abandon, but that we already had too much stuff that we hadn’t worn, read, watched or used. As we started to de-leverage financially, we also started to get rid of our stuff. Baby boomers started their stage of life-downsizing at the same time that the less-material Millennials only were keen to purchase technology and experiences.

This “less is more” trend, which started in earnest in 2008 in the U.S., has now spread to many of the developed countries of the world. Along with the de-leveraging of debt that is going on, this will completely change consumer behavior at least for the next few years. Economists have to finally wake up and stop talking about “when the consumer starts to really spend,” because they simply won’t.

What is the good news? Connectivity is ever increasing. The Accelerating Connectedness of humanity is continuing to wreak havoc on ignorance, dictators, old business models and all walled gardens. It also drives down prices due to attacking place-based retailing. We are at the dawn of explosive growth of alternative and renewable energy. This is creative destruction time. Two of my favorite quotes come to mind:

“The major advances in civilization are processes that all but wreck the societies in which they occur.” – Alfred Lord Whitehead

“Any serious restructuring of business must directly attack the organization and the entire system of power based upon it.” –  Alvin Toffler

I promise to check back on all this at year’s end.