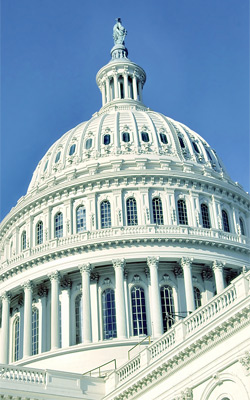 I have stated the above words several hundred times to audiences around the world since my speaking career as a futurist started to take off in 2007. The context of the statement is my general “The Shift Age” presentation, when I say that we have entered the global stage of human evolution.

Up through the Industrial Age, the highest form of human construct was the nation-state.  National economies, national identities and national cultures shaped thinking. During the Information Age, growing connectivity, the collapse of the Soviet Union, and the true beginning of the global economy moved everything to a more global orientation. The nation-state remained. It had been clear to me for years that we were entering a period when the nation-state would begin to look ineffectual, as nation-states would no longer be able to separately deal with global problems. Can one or several nation-states deal with climate change or a globally connected financial crisis?

Post WWII, the United States, and to a slightly lesser degree, the Soviet Union, were so powerful they each could single-handedly initiate solutions or solve major world problems. That time – the modern height of the nation-state – has passed. Internally, we no longer follow our leaders; our leaders follow us. We listened to FDR, Churchill, Gandhi, JFK, Brezhnev, De Gaulle and Adenauer for direction. Now, our leaders ask their pollsters what we think. In effect, the people are now leading, and the leaders are following. “What do the latest polls say I should do?”

The only true institutional acknowledgement of this is the empowerment of global entities or multi-national groups, such as the IMF and the World Bank, whose strings were still pulled by the post-WWII powers. The G8 became the G20 to acknowledge the rapidly changing global economic landscape. Yet even within these collective organizations, there are clear national factions who look at the global problem at hand through national self-interest. This is fully understandable, as we have no larger institutional definition than the nation-state.

I have consistently called the recession of 2007-2010 a re-organizational recession between two ages – the Information Age and the Shift Age. This type of disruption – similar to the disruptive decade of the 1970s, between the Industrial-Age 1960s and the Information-Age 1980s – creates new realities that defy our existing conceptual constructs. High inflation and high unemployment occurring at the same time? That shouldn’t be happening! Well, we will call that stagflation.

What we are facing is a failure of leadership due to legacy thinking. Legacy thinking from the 20th century – the century of nation-states – that no longer applies to the global stage of human evolution of the 21st century.

On 01-01-10, I named the decade 2010-2020 the Transformation Decade. The definition of transformation is “a change in nature, shape, character or form.” During this decade, humanity – and most of its institutions – will be transformed. The viewpoint from 2020 will be profoundly different from the current view of 2011.

For the time being then, putting the words “national” and “leaders” together will be oxymoronic, as they will all struggle to react to events.