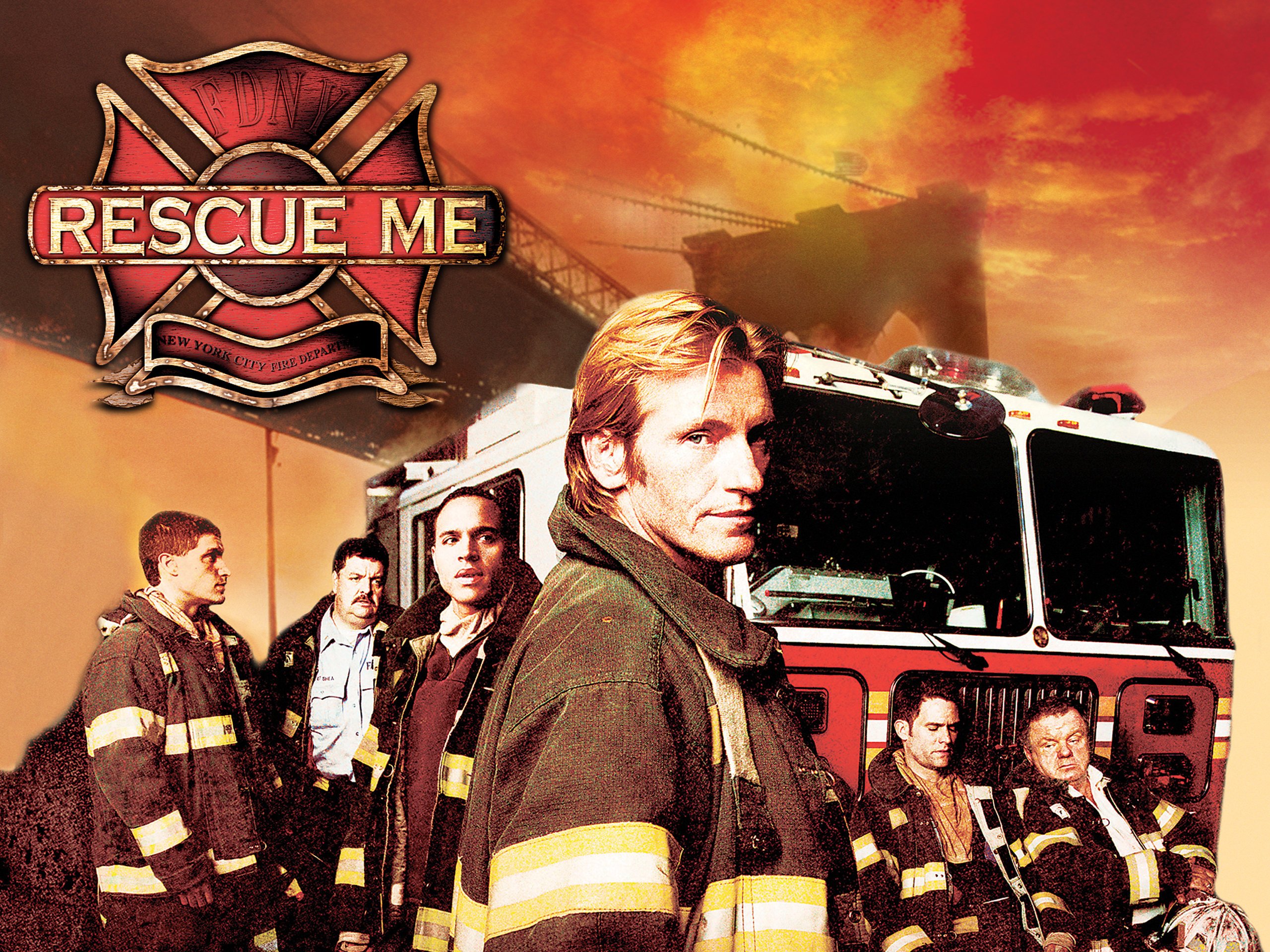 Tommy Gavin didn’t die. Instead, it was Lou, his best friend and perhaps the most likable of all the characters on “Rescue Me.”

A tragedy to end the firefighters’ series run? Yes, but not completely. Though Lou’s death was certainly tragic, leaving all of his surviving colleagues to question their futures in the New York City Fire Department, most of the one-hour series finale seen on FX Wednesday night played like a comedy.

That happened to be this show’s signature: Premiering in July 2004 and ending its run this week as the nation prepares to mark the 10th anniversary of the 9/11 terrorist attacks, “Rescue Me” at its heart was a drama about one New York firefighter’s reaction to the loss of 343 FDNY brethren in the collapse of the Twin Towers that day in 2001. That’s a weighty subject, to be sure, but since that firefighter, Tommy, was played by comedian Denis Leary (who also co-created, co-wrote and co-produced the series), much of the series was given over to Leary’s dark sense of humor.

Such was the case in the finale Wednesday night titled “Ashes.” The ashes in the title were all that remained of sweet Lou (played to perfection for all seven seasons by John Scurti) after he was killed a week earlier in a warehouse fire (the location recognizable to all who ride the New York subway system’s elevated No. 7 train through Long Island City in Queens). The collapse of that building left the survival of any of the firefighters in question leading into the finale.

And as the final episode began, it seemed as if at least five of them had succumbed. But no — it was a dream conjured by Gavin, a dream in which Lou was seen eulogizing the five men with a rousing speech about the nature of firefighting — a grand piece of screen-writing, by the way, as was much of this final episode.

Certainly, it had been speculated that Tommy himself would be among the dead — a novel and striking way to end a series: Having the all-important main character, who’d been seen in virtually every scene of the show for seven years, get killed off.

But it was Lou who died, and his sendoff was a masterpiece, particularly in the choreography of the sequence in which two windows in Tommy’s SUV were opened simultaneously — because Tommy ordered Franco (Daniel Sunjata) and Black Shawn (Larenz Tate) to toss out their chewing gum — and the sudden cross-ventilation caused Lou’s ashes to suddenly explode out of their box, covering driver, passengers and the entire interior of the vehicle with his earthly remains.

Then, in a perfectly balanced combination of sentiment and black comedy, Tommy poignantly read a letter left to him by Lou (in case of Lou’s death), and then tossed his “ashes” — actually a box of cake mix that Lou’s brethren bought at the 11th hour to stand in for his ashes — over a cliff and into the sea (it looked like Long Island Sound).

Other scenes were laden with comedy too, such as the scene where Tommy, contemplating life as an FDNY retiree, battled with a group of parents at a politically correct playground (filmed in lower Manhattan’s Battery Park City, just steps away the World Trade Center site) over the sharing of kids’ toys in the sandbox. Forget about “Rescue Me” — that was like a scene out of “Curb Your Enthusiasm,” only better.

In the end, Tommy didn’t retire, but nor did he assume Lou’s lieutenant’s role, which was his right as senior firefighter in the house. Instead, he let the promotion go to the gung-ho Franco.

As the episode came to a close, Franco and Tommy were seen exhorting a group of new FDNY recruits on the meaning of belonging to a select group of people who run toward and into burning buildings when everyone else is running out and away from them.

In the show’s touching last scene, Tommy was seen behind the wheel of his SUV having a jovial conversation with an old friend seated in the passenger seat — the ghost of Lou.

This episode was one of the best-written episodes of any single TV show seen in years. Our hope for Leary and his team is that they get recognized for it.

Adam Buckman has covered the TV business as a journalist for more than 25 years, including 18 years as an editor and columnist at the New York Post. He is now a New York-based columnist for the television Web site XfinityTV.com (formerly Fancast.com), owned by Comcast Corp.