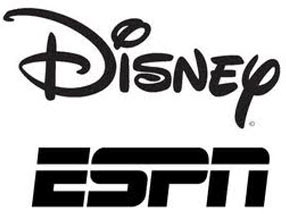 Media companies would do well to follow the lead of the Walt Disney Company and its top revenue-producing subsidiary, ESPN, and institute rational succession planning.

This past week Disney and ESPN announced that ESPN president George Bodenheimer would move up to Executive Chairman, and executive vice president for content, John Skipper, would become president of ESPN and co-chair of Disney Media Networks effective January 1, 2012.  These moves are significant for several reasons.

One reason is that Bodenheimer, an ESPN 31-year lifer who came up through affiliate marketing, is a salesman.  His primary expertise is understanding the needs of and negotiating with ESPN’s primary customers, the MSOs.  Skipper is a content guy.  More and more we are seeing the shift in forward-thinking media company top executives from sales, legal, and finance people to content people.  But why?

I think it’s because sales, legal, and, especially, finance people tend to focus on profit instead of product.  In his best-selling biography of Steve Jobs, according to Silicon Alley Insider, Walter Isaacson writes:

“My passion has been to build an enduring company where people were motivated to make great products.  The products, not the profits, were the motivation.  Sculley flipped these priorities to where the goal was to make money.  It’s a subtle difference, but it ends up meaning everything.”

Skipper, a product person who launched ESPN The Magazine, and who has ad-sales experience, will  lead ESPN forward.  In launching ESPN The Magazine, Skipper worked closely with “the soul of ESPN,” John Walsh, the often gruff but brilliant content and journalistic integrity cop, as chronicled in the fun read Those Guys Have All the Fun: Inside the World of ESPN by James Andrew Miller and Tom Shales.  You can be assured that content and content integrity will continue to be a focus of ESPN.

In making the announcement, Bodenheimer wrote:

“At ESPN we take great pride in the development of future leaders of the company, people who understand our Mission and Values and who make other people better.  We have many such individuals at ESPN and I am confident that the list grows longer every day.

Secure in that belief and with the support of Bob Iger, today I am announcing that as of January 1, 2012, I will take on the new position of Executive Chairman of ESPN, a position I will hold for at least the next 12 months.  In that capacity I will remain Chairman of the ESPN Board but will hand off responsibility for the day-to-day duties as President of ESPN and co-chair of Disney Media Networks. Succession planning has been a focus of Disney’s for some time, and consistent with that approach, this is a process that I began last spring.  We are in very good shape both domestically and internationally on many fronts, including, distribution, ad sales, ratings and digital distribution and I simply decided that after 13 years as president and nearly 31 years at the company, it was a good time for me to step aside and allow others to lead our continuing efforts.”

Can you imagine Michael Eisner, Barry Diller, Rupert Murdoch, Sumner Redstone, Les Moonves, Mel Karmazin, or Jeff Bewkes writing the above?  Those guys are all “I” people, whereas Bodenheimer and Iger are mostly “we” people.  Notice the use of “we’ and “our’ in the above quote.  Bodenheimer sees himself as a team player, not an individual star, as opposed to the typical narcissistic media mogul with an “I” complex.  He’s eager to pass the baton when he is 53 to someone younger, while Redstone (nearing 90) and Murdoch (81 this coming March) defiantly refuse to even contemplate any type of succession planning.  What does that say about the future of Viacom, CBS, and News Corp.?  What might it say about the future of Disney and ESPN?

Place your bets, ladies and gentlemen.  And you can be sure that Wall Street will be placing its bets in the coming months based on the Level 5 Leadership (Jim Collins’s Good to Great and Great By Choice ) of ESPN and Disney, not on the aged moguls who have destroyed over $200 million in stockholder value of their companies, according to The Curse of the Mogul: What’s Wrong With the World’s Leading Media Companies.

Focusing on profits instead of product, destroying stockholder value, and holding desperately on to power is a tradition in old-fashioned media conglomerates.  It will be interesting to see if any of them will learn any management lessons from Disney and ESPN, an organization that does things differently.  Wanna place any bets?

Charles Warner teaches in the Media Management Program at The New School and NYU’s Stern School of Business, and is the Goldenson Chair Emeritus at the University of Missouri School of Journalism. Until he retired in 2002, he was Vice President of AOL’s Interactive Marketing division. Charlie’s book Media Selling, 4th Edition is an update of Broadcast and Cable Selling and is the most widely used sales textbook in the field. He has also written a companion book to Media Selling titled Media Sales Management that is available free on www.mediaselling.us.