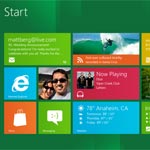 Windows 8 is, without doubt, Microsoft’s most ambitious release in recent memory. It does away with a lot of what users have come to expect from Windows over the years. The iconic Start button is gone, for example. Instead, we now get an operating system that has a bit of a split personality, with Metro replacing the Start menu and offering full-screen apps and a legacy desktop with its usual taskbar, which basically looks like Windows 7.5. All of this has made pundits wary about how users will react once they get their first Windows 8 machines. People don’t like change and, as Reuters pointed out last week, chances are that Microsoft’s users will struggle the redesign. Indeed, chances are you will absolutely hate Windows 8 at first. Read the full story at TechCrunch.