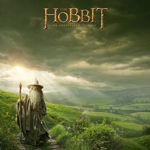 In April, Peter Jackson premiered footage of his highly anticipated return to Middle-earth, “The Hobbit: An Unexpected Journey,” at CinemaCon in Las Vegas. What Jackson thought would spark conversation about the plot and characters, instead created a ferocious debate over the use of 48fps (frames per second) technology, which is twice the standard frame rate that has been used to make movies since the 1930s. When Jackson premiered a lengthy segment of “The Hobbit” at Comic Con on Saturday night, it was not presented in 48 frames per second, but the normal 24. (The footage was also in 2D instead of 3D.) Read the full story at The Huffington Post.