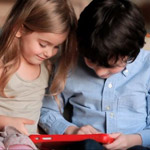 I hope we can all agree that throwing technology at children will not make them smarter.

Let’s start there, because we are throwing a lot of technology at kids these days. Computers have made their way into many classrooms. Shockingly (and sadly), not all classrooms and educators, schools and parents stay up to date.

Tablets have sped up the use of technology in the classroom. The cost of these computing devices keeps dropping, lowering the barrier between the growing minds of kids and the necessity for technological literacy. But technology alone won’t make our kids smarter. This month, some interesting research reminds us: It’s the apps, stupid.

All About the Apps

Produced as part of a collaboration between the Campaign for Grade-Level Reading, the New America Foundation and the Joan Ganz Cooney Center at Sesame Workshop, “Pioneering Literacy in the Digital Wild West: Empowering Parents and Educators” (by Lisa Guernsey, Michael H. Levine, Cynthia Chiong & Maggie Stevens) reviews education apps for kids. The report highlights that over 80 percent of top-selling paid apps in the Education Category target children; of those, 72 percent target preschool-aged children. But what’s the quality of all those apps? In short: not so good.

Out of the 137 recently published “educational literacy” apps, websites and e-books that the group reviewed, most only covered basic skills and basic forms of learning (like letters, sounds and word recognition). Less than 20 percent focused on high lever skills, like comprehension and the ability to understand and tell stories.

This research reminds us that technology alone in the hands of children is not enough. It also tells us that educational apps and software alone also is not enough. Buying our kids a bunch of apps will not make them smarter – a much broader parent, educator and peer learning framework is needed. 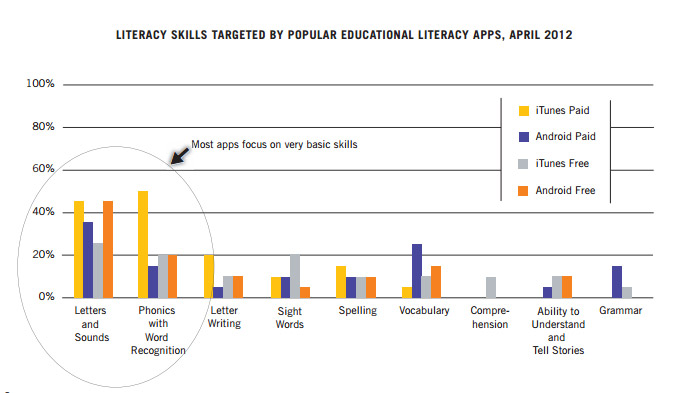 I don’t think this will surprise most people. In our better hours, we know that education is complicated and each child’s learning needs to be rigorously personalized. No two kids learn the exact same way, yet we still search for the big road signs to make sure that our kids are on the right road to the future.

As a futurist, I often get asked by caring parents and earnest educators, “What can I tell my kids to do to get them prepared for the future?”

This question troubles me.

Typically, when people think about our kids and the future, they want to know what these young people can do today to prepare for tomorrow’s uncertainty. They talk about the future as if it’s this thing that is coming at our kids, and if our kids aren’t ready, the future will gobble them up like some evil witch in a fairy tale.

It’s this fear that troubles me. When it comes to our kids, many people are frightened of the future. This fear breeds bad decisions.

We throw poorly designed apps at our kids in hopes that the evil witch of the future will not eat them. Instead of taking the time to make measured decisions about our kid’s education, we freak out.

We freak out because we love our kids and we want our kids to have a safe and prosperous future. This is a good thing. More people should freak out. But where should we put all that energy? Can we focus someplace more constructive?

We’re Doing it All Wrong

Douglas Rushkoff has an idea for what we could do with all that energy. Doug is a media theorist and technology writer. In the early 1990s, he wrote one of the first thoughtful books about the Internet: Cyberia: Life in the Trenches of Cybersapce. In his most recent book, Program or Be Programed (2011), Doug wrote:

“The underlying capability of the computer era is actually programming—which almost none of us knows how to do. We simply use programs that have been made for us, and enter our text in the appropriate box on the screen. We teach kids how to use software to write, but not how to write software.”

I take Doug’s advice one step further. When I get the question, “What can I tell my kids to do to get them prepared for the future?” I immediately answer, “Learn to code!”

Typically, the person who asked the question looks puzzled, having expected a more complex answer. I repeat myself: “Learn to code!”

Everyone should learn how to code, not just kids.

It’s a simple solution to the math of the coming future. We know that by 2015, there will be around 15 billion computer and devices that can connect to the Internet. That’s more devices than there are people on the planet. All of those devices run on code, software and applications.

Many people talk about learning Chinese, German or Hindi a valuable skill for the coming decades. While I agree, I would also say that learning to code might be more important. There will be more computers than people in China, Germany and Japan put together.

However, understanding code goes far beyond just being able to talk to computers and understand how those computers talk to each other. When you really dig in and start to understand this code, you learn something very important about the future.

From Baking Cake to Coding Apps

To understand code is really about understanding an algorithm. This might sound super geeky, but an algorithm is pretty simple. It’s a series of steps used to process data and deliver an end result.

Some of the first algorithms were cooking and baking recipes. By following each step, you get the same end result. Some dry ingredients, some wet ingredients… mix them up, pop it all in the oven, wait a bit and boom! You get cake. The algorithm could look like this. I drew it out in my notebook: 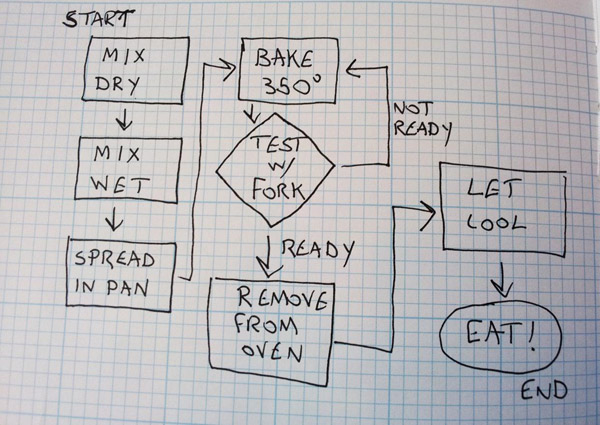 When you really get to know how algorithms work you realize two things:

(1) Algorithms are beautiful. They are “recipes” that let us do amazing things. Look at Google’s Page Rank algorithm (pictured below). This is the algorithm that essentially built Google. This collection of steps allows you to do a search for “simple cake recipe” and get back about 41,300,000 results in 0.26 seconds.

When you think about all the amazing things this little recipe allows us to do every day, you become humbled by Page Rank. It is a beautiful creation by people.

(2) Code, algorithms and computers are stupid. Think about the computer or smartphone you use every day. If you don’t interact with it exactly how you are supposed to, it doesn’t work. In this way, computers are kind of idiotic. If anything out of the ordinary happens, BAM! It crashes, freezes or just doesn’t work.

Computers, code and algorithms need us to program them. We need to give them step-by-step functions. They can’t do anything else from what they are programed to do. Algorithms don’t have genius ideas… they are built that way.

However, humans have genius ideas! Understanding the limitations of code and algorithms shows you how valuable we all are as humans. Embracing this allows us to better prepare for a world where there are more computers than humans.

(Stay tuned for another look at the future of education, coming early next week.)