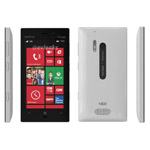 Nokia has officially announced the Nokia Lumia 928 for Verizon Wireless in the US, which will go on sale on 16 May.  The Windows Phone 8-toting device, which had been heavily leaked already, was announced on the Nokia Conversations blog.  Like other members of Nokia’s Lumia family, the 928 focuses heavily on camera functionality and performance and includes 8.7-megapixel sensor, optical image stabilisation (OIS), a Carl Zeiss lens and a Xenon flash.  The camera can also capture 1080p HD video along with high amplitude audio capture.  “To go along with the stunning imaging capabilities of the Nokia Lumia 928, we’ve built in three high-audio-amplitude-capture microphones to make sure you can capture high-end, distortion-free audio even in the noisiest environments,” Jason Harris, US contributing editor of Nokia Conversations, said.  It also includes Nokia’s services, such as its HERE maps, HERE Drive and HERE City Lens for getting around. There’s also Nokia’s free Music service on board.