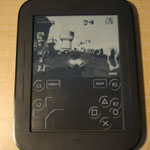 An upcoming update will bring a web browser, email and update store app to Barnes & Noble’s super affordable Nook Simple Touch line of e-readers, which will begin rolling out June 1 according to a source close to the matter who wishes to remain anonymous. The 1.5.0 update was created in response to the positive critical and customer response to the recent Nook tablet update that brought Google Play to B&N’s Android-powered devices. The Nook Simple Touch and Simple Touch with Glowlight will be receiving the over-the-air update starting next month, marking the first time that Nook’s entry-level readers get official access to web browsing capabilities. Amazon’s competing Kindle devices have shipped with an “experimental” web browser since the Kindle 2, but have not offered an email client on anything except for the Kindle Fire tablets.

PreviousHow Facebook Has Changed Since It Went Public One Year Ago NextReport: Yahoo to Buy Tumblr for $1.1 Billion