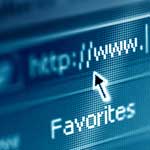 That pesky 12-year-old Russian kid who infected your PC with malware that replaced all your photos with gifs of dancing bears is costing the American economy a lot more than you imagine. The Wall Street Journal reports that a new study conducted by McAfee and the nonprofit Center for Strategic and International Studies shows that cybercrime is costing the U.S. government and businesses around $100 billion per year, or roughly one-tenth of what other recent estimates have projected. The Journal says that “one of the key reasons the study’s estimate is lower than many previous ones is that it takes into account the shifting benefits of cybertheft,” since data that is stolen by hackers doesn’t actually disappear.