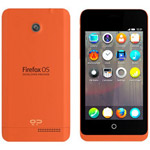 After almost two years of development, Mozilla on Tuesday officially launched Firefox OS devices in stores. At the same time, the company has opened up payments for developers interested in charging for their apps or charging for content inside their apps. Last week, the first commercial Firefox OS devices arrived in Spain ready to be sold by Telefónica, starting on July 9 with the ZTE Open for €69 ($88.80) including VAT. Mozilla says Poland, Colombia, and Venezuela also have upcoming launches soon, and more countries will be joining the list as well, but Tuesday marks the day official Firefox OS devices are available in store. The Firefox Marketplace, which lets developers upload and share their apps, is now accepting payments. Details are available on the Developer Hub and a guide is available here: Building A Paid App For Firefox OS.