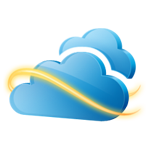 Microsoft is releasing an update for its SkyDrive iOS app on Thursday that now includes automatic camera backup of photos and videos. The intent of this feature is not only to protect the memories on one’s phone, but also to better integrate the contents between desktop and mobile devices. The SkyDrive app has also been given a refresh for iOS 7. The automatic camera backup has been available for Windows Phone, but only now is it becoming available for iPhone and iPad, more than two years after its introduction into the Apple ecosystem. With this release, users will be able to save full-resolution images to SkyDrive and can elect whether to back up files when on a data plan or over WiFi. If you’re thinking that this is similar to Dropbox or even Google+, then you’re right.