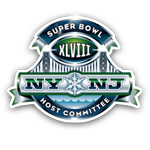 Two years ago, the NFL started letting viewers watch the Super Bowl online, even if they didn’t have a TV subscription or antenna to lean on. When Super Bowl XLVIII rolls around on February 2nd, the small but growing sliver of people who depend on streaming to watch the big game won’t be disappointed. If you’re not already watching on TV or with a service like Aereo, Fox Sports will be offering free English- and Spanish-language streaming of the entire Super Bowl, including pre- and post-game shows, to desktops and iPads with the Fox Sports Go app. Normally, streaming is restricted to people with cable subscriptions from one of six major providers, but it’s open to everyone from 12PM ET on Sunday to 3AM ET on Monday as part of a “special preview,” effectively a temporary paywall lift that may draw some people back into the pay-TV fold.