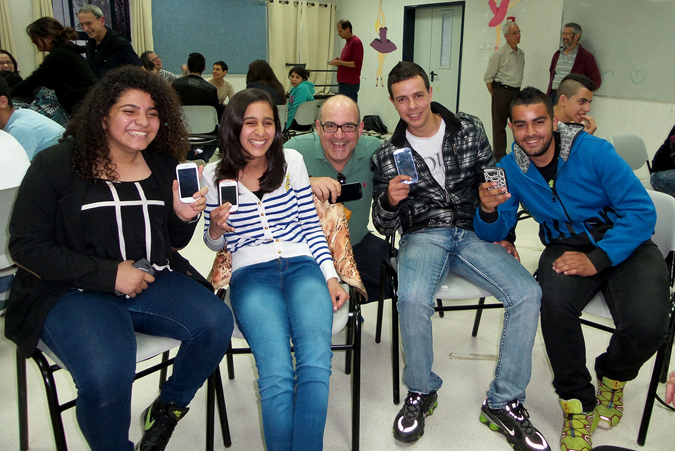 I’m sitting on the terrace of my hotel room overlooking the Old City of Jerusalem… the mid-afternoon Adhan can be clearly heard coming from the Muslim Quarter, the sounds of construction add a strange drum beat to the traditional call to prayer. The juxtaposition of old and new is ubiquitous in Israel, as are heated political discussions. Can there be peace between the Israelis and the Palestinians? If so, is it a one state or two state solution? If it is a two state solution, how (exactly) will it work? And on and on and on.

Jerusalem is the epicenter and nexus of Judaism, Christianity and Islam, but these groups live and work side-by-side all over Israel. As an outsider, it’s hard to tell why certain groups treat each other the way to do (the sentiments seem to be fluid and appear to shift by location) but everyone here has a clear idea about who’s who and how they are supposed to act toward each other. Prejudice, fear, racism and mistrust are just a few of the themes common to both sides. While the themes of the conflict are common, there are few, if any, areas of total agreement… except one:

There is one common practice that is both remarkably encouraging and uplifting here in the Holy Land: teens and young adults all use Facebook, and the culture is almost uniformly Android.

I had the privilege of meeting several 15-21 year old Arab-Israelis in Dir El Assad, an Arab town in the North Galilee area of Israel. These kids self-identify as Palestinians, but unlike the Palestinians I met in Ramallah, they are free to travel around the country and have rights as Israeli citizens. This non-subtle political distinction is a cause of confusion and a significant identity crisis amongst members of this community (but it is not the whole story). As much as these kids self-identify or self-describe as “Palestinian,” as opposed to Arab-Israeli or Israeli-Arab, they self-assemble into Facebook groups, wear Nike shoes and name-brand American jeans. The number one pastime? Facebooking. Favorite apps? Facebook, Instagram, WhatsApp, YouTube, PlayTube, Snapchat and Candy Crush.

The boy on my left is named Saleem Al Dabbah. He’s 19 years old and his sister Aseel Al Dabbah is sitting on my right. They both have Samsung Galaxy S4 mobile devices (as do their friends), and they all use them as their primary interfaces to the world. These kids are connected in every sense of the word. They know about life outside of Dir El Assad, and they have plans to go places. Their smartphones have helped them develop a worldview that is far bigger than one might imagine. Like their American counterparts, they are primarily concerned with “teenage issues.”

Once they found out what I did, all they wanted to do was talk about phones and apps. My time with these kids shattered every stereotype and every preconceived notion I ever had about “what Arab kids think.” I’m proud to say that I now have a bunch of new teenage Palestinian Facebook friends. 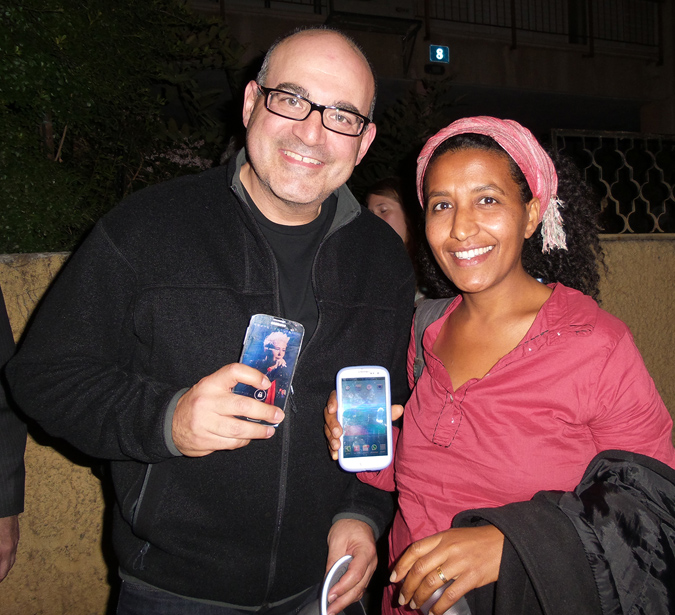 The next day, I traveled to small town in the Center District of Israel called, Gedera. There, I spent time with the Beta Israel community – a group of Ethiopian Jews who literally walked through the Sudan to immigrate to Israel in the 1980s and 1990s. The adults generally speak Amharic and Hebrew, the kids speak Hebrew and some English, but everyone speaks Facebook. The phone of choice is the Samsung Galaxy S4. 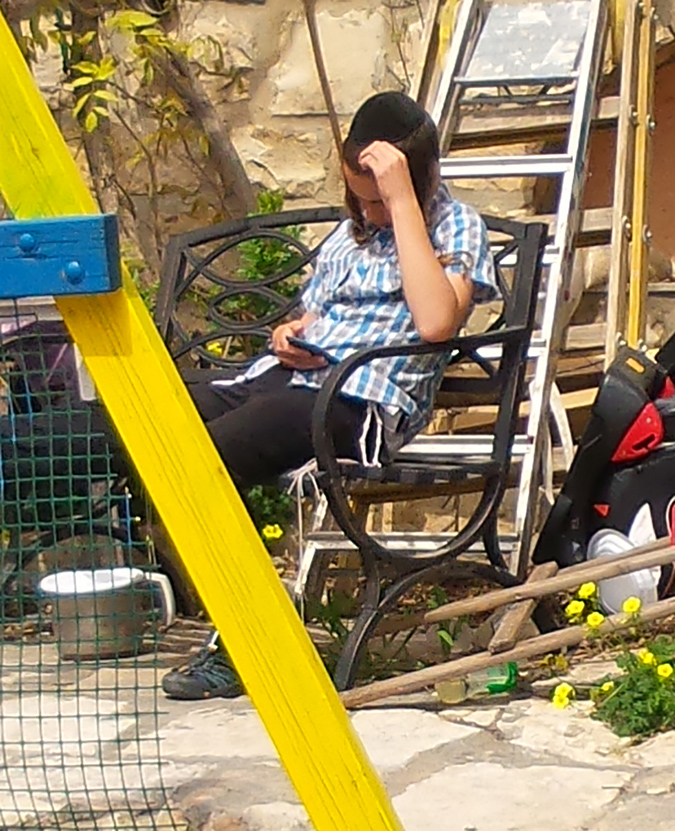 The next day, I was walking through Tzfat and met this Orthodox Jewish boy who was FB messaging a friend on his Samsung S4. Since the 16th century, Tzfat (aka Safed) has been considered one of Judaism’s Four Holy Cities. It is known as an artist’s colony, as a center for the study of Kabbalah (the book of Jewish mysticism) and now, for Facebook.

I hadn’t really thought of Israel as a center of Android or Facebook culture — let alone Instagram, Snapchat, Vine, YouTube or Candy Crush – but it is. Social media gives voices to the voiceless; it amplifies ideas and opens a window on the world. With luck, Facebook and the other social tools being used by the people who live in Israel will accelerate dialog, understanding and the identification of other things they can all agree upon. Hopefully, this new level of understanding will happen in Internet time – because from what I’ve seen during this trip, it can’t happen fast enough.