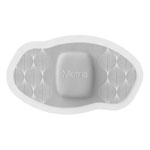 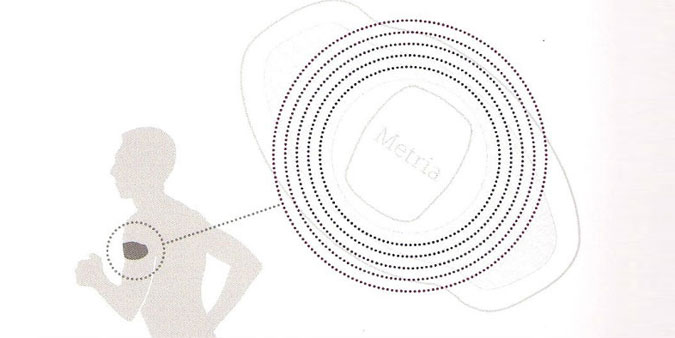 Wearable technology usually evokes images of fitness-tracking wristbands such as the Jawbone UP or FitBit Force. More athletic types might envision Polar H7 strap-on heart rate monitors or Nike Fuel bands, while others might think about Samsung’s Galaxy Gear or try to imagine what Apple’s new iWatch might look like. But wearable technology is quickly evolving into something entirely different.

The Vancive™ Metria™ Informed Health system is wearable technology incorporated into a skin-friendly adhesive bandage. Basically, it’s a disposable chipset in a Band-Aid®.

So what does this mean for the future of wearables?

A New Generation of Wearables

The convergence of inexpensive, powerful computers and inexpensive sensors has created a perfect environment for the evolution of a new generation of wearable technology. Qardio’s QardioCore offers medical-grade heart-monitoring at consumer prices. The MIO Alpha heart-monitoring wristband consistently performs with 99% accuracy, even while running at speeds of up to 14.4 mph.

New products with extraordinary capabilities are being introduced at an accelerating rate. And each new and improved device collects larger amounts of more detailed information. But information is not knowledge, so we are seeing an explosion of analytical tools (and companion apps) created to help put this vast amount of data in context.

Almost all of the fitness-tracking wristbands offer companion apps to help quantify your steps, calories burned, sleep and – in some cases – heart rate. But today, even the best systems offer only semicontextualized data.

We’re used to this, of course. When the meteorologist tells us that “tomorrow it will be 45 degrees with a 65% chance of precipitation,” we know to wear a raincoat and bring an umbrella. But we have to translate the information into knowledge. Wouldn’t it be better if the weatherperson just said, “It’s probably going to rain tomorrow, so wear a raincoat and bring an umbrella”?

That’s the next step in wearable ecosystems. Personal quantification coupled with anticipatory computing yielding actionable output: “Shelly, you’ve burned only 1,874 calories today and you have theater tickets tonight, so you have to run for half an hour before dinner. Your schedule is clear, so leave the office at 5pm.” If you’ve used Google Now on your smartphone, you know how close we are to a time when our devices and the sensors we wear will coach us.

On the other end of the wearable spectrum are devices like Google Glass. I don’t think Google Glass is a viable consumer product, but when I wear mine, it helps me see into the future.

The speed of information is directly equated to economic success. If you know something before your competitor does, you will almost always win.

Now, think about something as simple as showrooming. You go into a retail store and see a product you’d like to purchase. It seems like the right price, but you decide to check. If you don’t have a smartphone, you have to call another retail store that has the same merchandise. This is probably not possible from inside the store. Total time to get home, do your research and find a better price: Hours? Days? If you have a smartphone, you can take it out of your pocket, unlock it, open the Amazon app, scan the barcode and wait a bit for Amazon to show you its price. Total time: 30–45 seconds. This is a huge competitive advantage over a person without a smartphone. If you have Google Glass, you look at the package, blink your eye and wait a bit for a multistore price comparison with the best price from a reputable dealer at the top of the list. Total time: 10–15 seconds.

If you can do something three to four times faster than your competitor can, you will almost always win. What I see through Google Glass is a bifurcated future where wearers almost always beat nonwearers. You can translate this winning speed equation to any discipline where knowledge is power—which is almost every situation.

These are early days, but powerful smartphones, high-speed broadband, cloud storage, heads-up displays, anticipatory computing and a practically limitless supply of inexpensive sensors are the right ingredients for a brave new world of wearable technology—and it will be here in the blink of an eye.