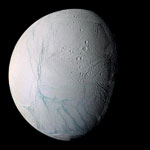 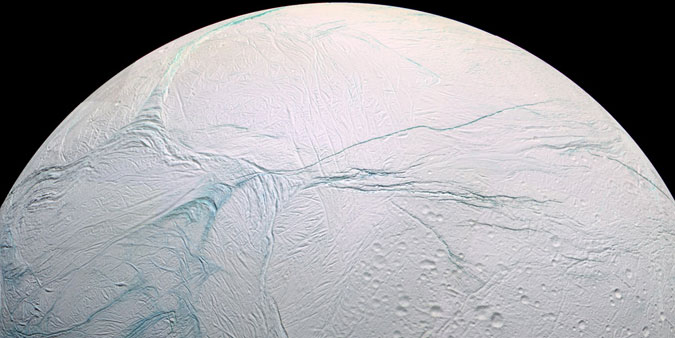 On a small moon of Saturn, hidden beneath nearly 25 miles of ice, researchers say they have identified an underground ocean of water that’s at least as large as Lake Superior, the largest of North America’s Great Lakes. The ocean was found at the south pole of Enceladus, a tiny moon about as wide as Arizona, putting the moon among the ranks of Saturn’s Titan and Jupiter’s Europa, which are also believed to hold oceans of water beneath frozen ice. The research was led by Luciano Iess from the Sapienza University of Rome and was based on data from NASA’s Cassini spacecraft, which has been floating among Saturn’s moons for a decade now. Interest has grown around Enceladus since 2005, when researchers detected plumes of water vapor ejecting from long fractures in its surface known as tiger stripes.