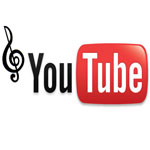 YouTube, which originally planned to launch its on-demand music streaming service late last year, has pushed its debut to the second quarter or beyond. The deferment is caused by the online video company’s desire to “get it right,” according to an executive briefed on YouTube’s plans. Under contracts that its parent company Google signed a year ago with major labels, YouTube already has the necessary licenses to operate a paid music service similar to Spotify or Rhapsody. YouTube’s cautiousness is a departure from the way Google typically introduces products. Its popular Gmail service, for example, spent its first five years in “beta” status as Google continually refined Gmail’s features before it became a “final” product in 2009. The feeling, according to people familiar with the thinking at YouTube, is that the service should be a more polished product with a clear, differentiated focus that can stand out against its rivals.

Read the full story at Billboard.

PreviousWhy Doesn't Amazon Fire TV Have a Shopping Cart? NextWill.i.am is Designing a Smartwatch That Can Also Make Calls