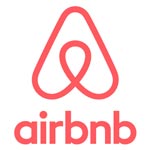 Airbnb on Wednesday announced a massive redesign to its website and mobile apps that is designed to make it easier for users to find the information that they need while also making listings on its platform more appealing. The company also introduced a new, modern logo that will replace the lower-case cursive “a” that has defined it over the last several years. The functional elements of the website and mobile apps will largely stay the same, following a massive overhaul Airbnb did last year. But it’s updated the look and feel of both with this update. With the launch of the new site, Airbnb has largely gone “flat,” swapping out its previous design filled with shadows and gradients and instead filling it with more white space and a common font throughout. It’s stripped text that used to be overlayed on top of photos and placed it below the images.

PreviousReport: Samsung May Buy SmartThings for $200 Million NextBritish Police are Testing a System That Can ID You in Seconds