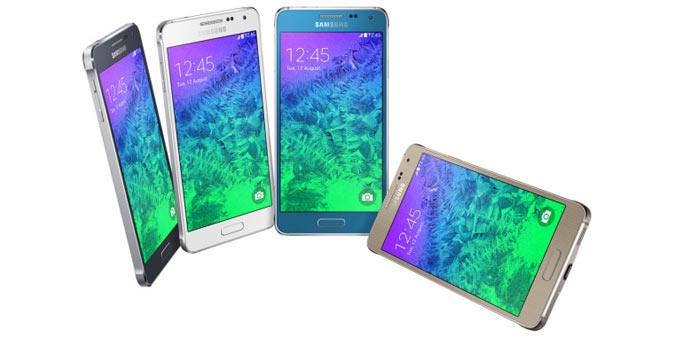 This was not the usual Samsung smartphone launch. The Galaxy Alpha, one of two high-end smartphones that Samsung has been teasing this summer, made a quiet debut early Wednesday. Samsung announced the phone in a press release posted on its website. While the Galaxy Alpha had the usual run-up of rumors and speculation befitting any high-profile smartphone, notably missing was any kind of fanfare from Samsung. There was no splashy launch event, no triumphant speech from a top-level exec, and no information on which carrier will sell the handset. The release was a far cry from the massive convention center Samsung rented out in Barcelona for its Galaxy S5 launch in February. The metal-banded Galaxy Alpha is clearly designed to address the complaints that customers have expressed about the cheaper plastic feel of Samsung’s smartphones.