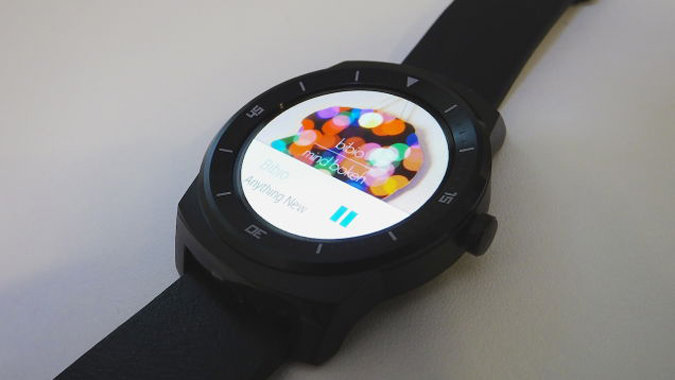 Love is a fickle thing. When the Moto 360 was revealed alongside the launch of the Android Wear OS, its circular face made it stand out from Samsung and LG’s first wearable attempts. But in the initial rush of excitement around the Moto 360, the fact that a lower section of its screen was permanently turned off passed many by. Once seen it can’t be unseen, burning into that space behind your retinas, with the Moto 360 now appearing like a flat tire. LG’s G Watch R, with its fully circular display, is ready to claim your affections in its place. Its 1.3-inch (diameter) P-OLED, 320 x 320 (245 PPI) display is exactly what you’d hope for from an Android Wear smartwatch screen — clear, colourful and bright enough to combat the harsh lighting of the showroom I tested the device in.