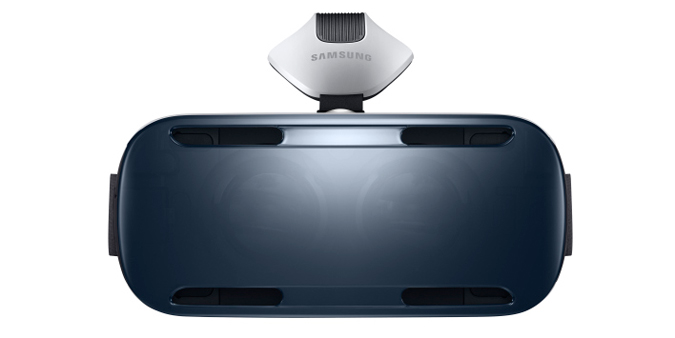 Facebook’s Oculus VR is creating the Rift. Sony’s PlayStation is creating Project Morpheus. Google is… well, Cardboard exists. And now Samsung’s getting in on the virtual reality action, announcing Gear VR at IFA 2014 today in Berlin, Germany. Gear VR is a virtual reality headset with a removable front cover where Samsung’s newly announced Note 4 slips in, acting as the screen. Paired with adjustable lenses built into the headset and a comfy strap, Gear VR turns Samsung’s next Note into a virtual reality machine. And what’s the first thing you’ll see when you strap on Gear VR? Oculus VR’s handiwork. The company behind the re-birth of virtual reality is partnering with Samsung on Gear VR: Samsung handles the hardware, Oculus offers up its software prowess. Unlike Sony, Oculus and Google’s VR projects, though, Samsung’s delivering a consumer product this year with Gear VR. But is it too early?

PreviousSamsung Unveils the Galaxy Note Edge: A Note 4-Like Device With a Curved Screen NextSony's New SmartBand Talk Adds an E-Ink Screen to the Original