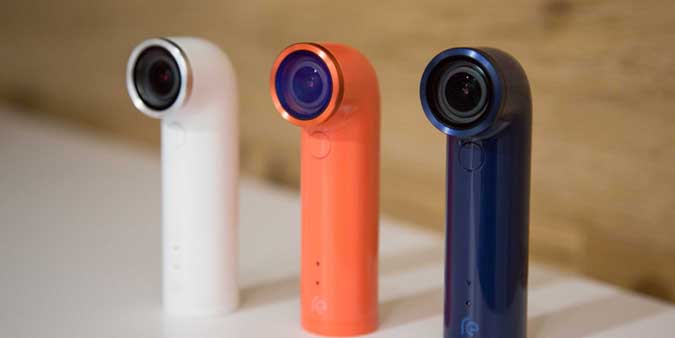 HTC is best known for its Android smartphones, but on Wednesday the company announced the Re Camera, a device that’s not a smartphone at all. The Re Camera is a standalone digital camera that pairs to either Android or iOS smartphones and is designed to make it easier to take quick photos and video. It’s not unlike the ubiquitous GoPro in that respect, but HTC says the Re Camera isn’t supposed to be an extreme sports action camera and is for people that are just living normal lives. The $199.99 Re Camera has a pared-down, minimalist design, a button on the front and a button on the back, and a couple of LED indicator lights. There’s no viewfinder, no display, and no graphical user interface. Its 16-megapixel sensor is set behind an ultra-wide angle (146-degree) fixed-focus lens and can shoot 1080p HD video at 30 frames per second or slow motion 720p video at 120 frames per second. It will be available in orange, blue, teal, and white in the US later this month.