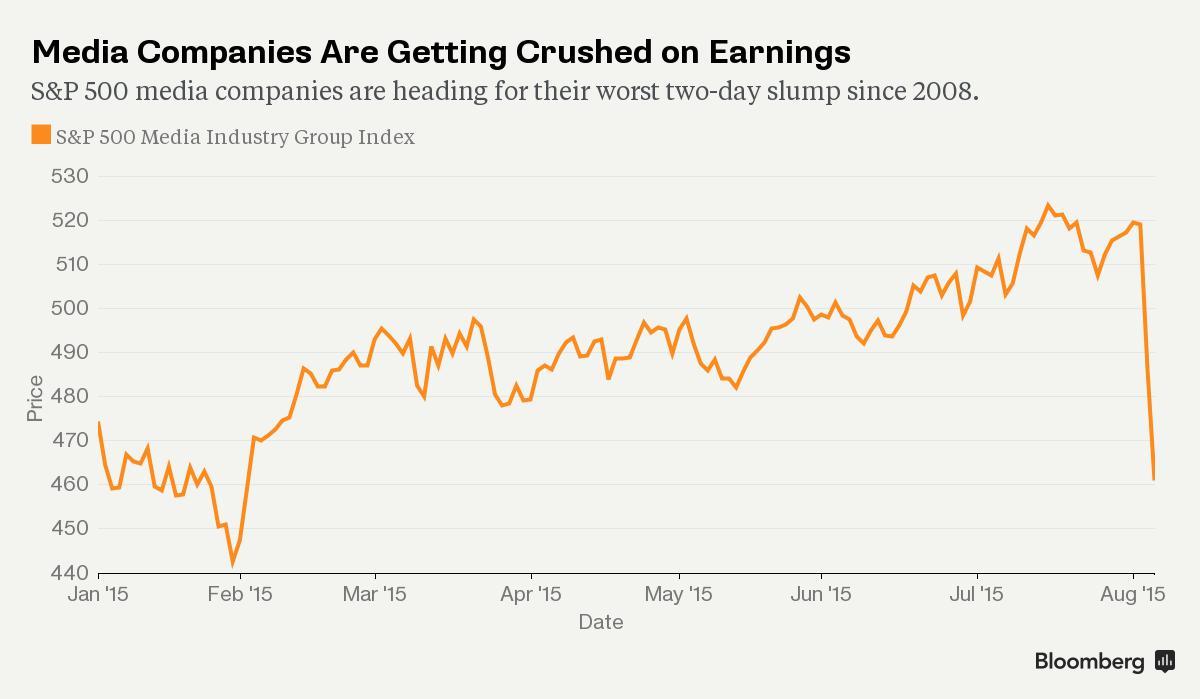 Pundits offered many reasonable explanations for the losses. The most popular blamed Disney CEO Bob Iger for scaring investors with his tale of ESPN’s distribution woes.

He said, “We’re realists about the business and about the impact technology has had on how product is distributed, marketed and consumed.” Which by itself is not a big surprise, but he went on to say, “We’re also quite mindful of potential trends among younger audiences in particular, many of whom consume television in very different ways than the generations before them,” which was interpreted by pundits and investors alike to mean that ESPN might one day have to be sold directly to consumers (bypassing traditional cable bundled distribution).

If you’re a student of the media business, you know that over $6 of your cable bill goes to ESPN every month – it’s the most expensive channel in your cable bundle. So, taken with the huge popular notion that all consumers want à la carte cable programming, the most emotionally satisfying narrative about last week’s broad selloff is that if ESPN is not thriving in the face of these known headwinds, the rest of the cable business has no chance.

Two Arguments – Neither One Matters

Those who argue for unbundling insist, “While it’s true that ESPN is invaluable to its core audience, it is useless to the people who don’t care about sports.” Cable industry executives will argue, “Unbundlers are super naive in the way they think about the cable industry’s current business model.” The cable industry admits that you do overpay for some channels, but it insists that the total dollars available enable the production of a wide range of less popular but still valuable content.

I don’t think we need to have a telethon to benefit the poor media giants just yet, but if you want to understand the time horizon to Mediamageddon, you need only look to the NFL.

Sometime circa December 2020, a deal is going to be reached between the television networks and the NFL. The last deal was inked in December 2011, and it extended the NFL’s various television rights packages by nine years from 2013 through 2022 for about $27 billion. What will that deal cost TV in 2020? Forty billion dollars? With TV ratings trending ever downward, will any television network or combination of television networks be able to pay that kind of licensing fee?

Apple/NFL The End of Days

Apple will have its Apple TV product firmly established by 2020. It has the cash. Will we be watching the NFL streamed live on Apple TV in 2022? Apple could probably purchase the entire NFL, but that’s for another column.

In 2022 will the NFL go direct to consumer – over the top – at let’s say $2.99 per game? The upside for the NFL would be huge. Although the audience would be smaller, it would be more affluent, and the direct-to-device data collection would empower unprecedented changes in the way marketers communicate their messages to consumers. No Nielsen ratings, just deterministic data enabling real-time metrics about campaign efficacy – advertiser heaven!

As Goes the NFL

The television business may be good or it may be bad. There may be headwinds or course corrections. Ups, downs, new technologies, the discovery of life on other planets, retinal implants to replace TV monitors – none of it matters. The TV business will be the TV business until the new NFL deal is done. If the TV industry comes up with enough cash to satisfy the NFL, it will be business as usual (declining ratings, higher spot prices, better targeting, etc., etc.) for the duration of the new contract.

If the NFL and the TV industry do not come to terms, it will be Mediamageddon and life as we know it will end. There will be no more media giants, no more meaningful networks that can deliver a live audience at scale and no more “tent pole” events with big-enough television audiences to command the budgets they currently command.

OTT distribution of the NFL, whether via Apple or Netflix or Comcast Xfinity or Verizon/AOL or direct-to-consumer from the NFL itself (probably courtesy of BAMTech), will be the destroyer of rate bases, the killer of reach curves and the advent of super-tight consumer targeting and transactional advertising on connected devices. The change will be so dramatic, the NFL might not have the motivation (or the courage) to do it as soon as 2020.

Yes. That’s the short answer. This past week was rough (and expensive), but it was nowhere near Mediamageddon – for that, we’ll have to wait five years.