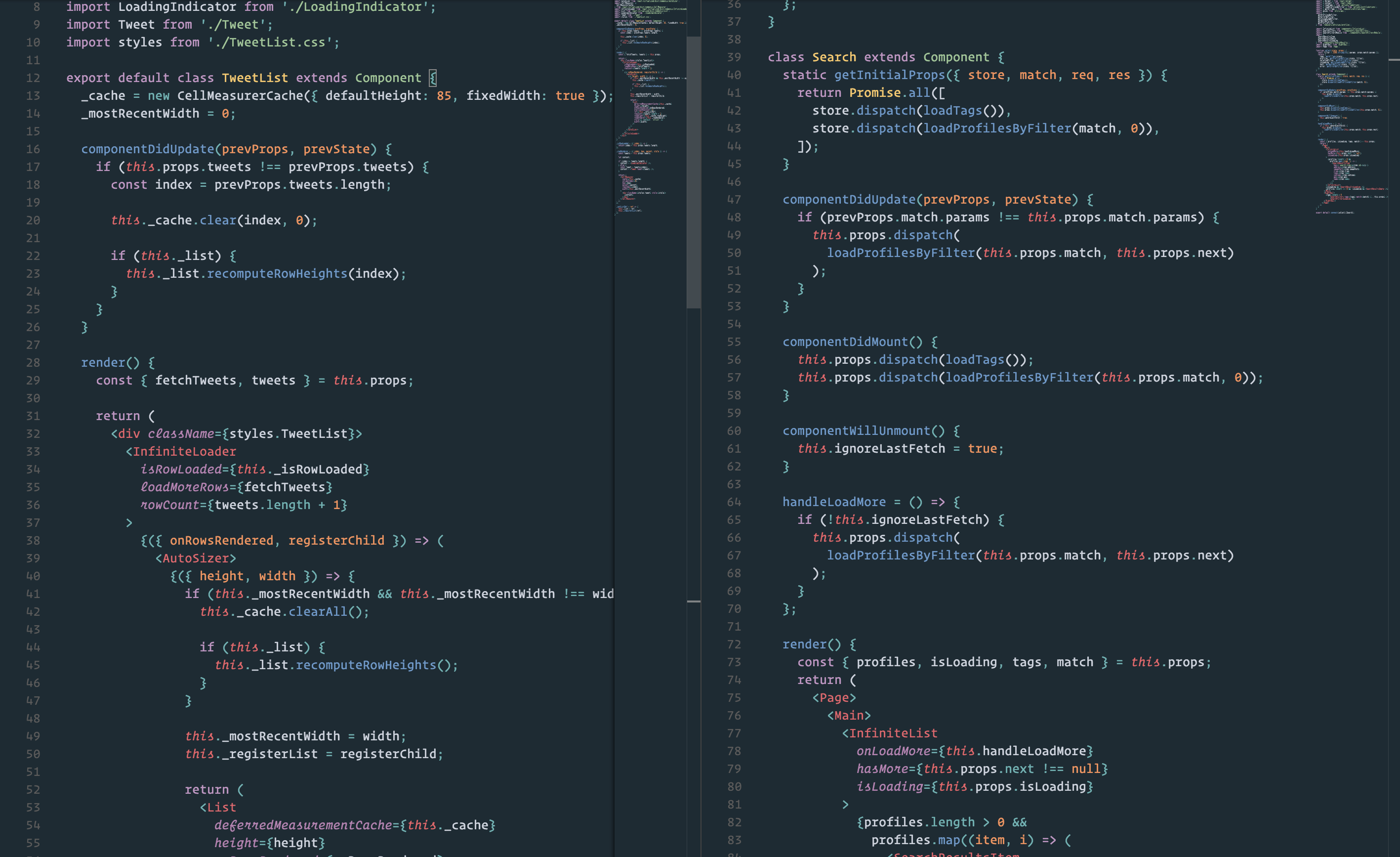 Clients want us to deliver online experiences that are competitive with Facebook, Amazon, Netflix and Google, and other top-tier tech companies because that’s what consumers demand. This has created a war for talent unlike anything I’ve seen in my career. While it must be fought, it can never be won because the rules are not what they seem.

Our clients want web and native experiences that look, feel, and perform like they were built by Facebook, Netflix, Microsoft, Google, Apple, etc. (and the back ends to support them). Each of these companies build with very specific programming languages and frameworks.

If you want to build a project for a client that looks and feels as good as Facebook, why wouldn’t you use their code?

They have massive teams of designers and engineers with unique combinations of aesthetics, aptitude, and technical skills. So, we are on a Grail Quest for similar talent – the best of the best React/Redux specialists, Unity developers, data scientists, and data engineers (proficient with TensorFlow), technical project managers (who used to do the above, but have evolved into managers), and technical account executives.

Don’t get me wrong; we have a small but mighty team and we fight considerably above our weight. But if we could win the talent war (or even just a few more battles), our growth potential would be unlimited. The last three perfect candidates took jobs at Google and Facebook instead of coming to work for us … not a big surprise.

The Game Is Rigged

Over the past few years, IT old-timers have started to accept open source as an excellent way to economically test, fail, and learn. GitHub (the most popular open source community) is a haven for engineers. If you write great code, you are rewarded by popularity, as well as the accolades of your peers. It is one of the purest meritocracies in the world.

GitHub is also the place where top-tier tech companies make would-be proprietary programming languages, frameworks, and tools available for free – a Machiavellian move that allows engineers to self-select into a pool of qualified applicants perfectly trained to work for them.

And, here’s why the rules are not what they seem: if you build something popular on GitHub using Facebook’s or Google’s code, they will see it, and a recruiter will contact you. That’s how the “GitHub recruiting pipeline” works.

We Run a Business, Not a School

I am personally amazed by the number of recruiters who have sent us “vetted” professional coders who can’t actually code. This is such a serious problem that if a recruiter sends us three candidates who cannot pass our coding test, we fire the recruiter. We can’t afford to waste the time.

Tech recruiters charge 18 to 25 percent of the first year’s salary, but even the best recruiters we’ve worked with cannot truly vet the types of engineers we need. As far as I can tell, recruiters are not under pressure to learn, because high-end tech talent is so rare, hiring managers will take practically anyone who can fog a mirror. We won’t. And you shouldn’t.

In practice, we could train these workers, but not at market prices with added recruiter vigorish. We just can’t get enough value out of B-team players while they are in training, and by the time we help them become A-team players, their GitHub accounts and contributions will reflect their learning. At that point, they will be firmly on the radar of top-tier tech. And we would have played the role of pre-school for Facebook, Google, or Apple. Great for Zuck, Larry, or Tim, but not so great for us.

There Must Be Somewhere to Learn This Stuff

There is somewhere to learn this stuff. You learn it by doing it every day and communicating with the community that is doing it every day. It’s not taught in schools and it is constantly evolving. In fact, this may be top-tier tech’s secret weapon. Just like Tim Cook (Apple) owns the physical supply chain for every component you might need to make a smartphone, top-tier tech literally owns the programming languages and frameworks used to create them – even though they are free for all of us to use.

None of this would be an issue if top-tier tech did not make its code available open source. We have this problem only because they need talent as much as we do.

That said, we’re going to keep looking for amazing programmers and my offer stands. I can’t wait to pay you $500,000 per year. You just have to be an awesome and insane engineer with enough skills and work ethic to keep the work we do for our clients as good as the work at the biggest and best tech companies in the world.

Feel free to send me a link to your GitHub account. No resumes required.

A note from the author before you write a comment: It seems that some readers and tweeters are worried that I do not understand that there is more to talent recruiting and retention than money. I understand that very well, which is why we are blessed to work with some of the most talented people in the world. This article is about a narrow issue — a lack of engineers with very specific, highly in-demand skill sets. It attempts to explain how top tier tech has strategically monopolized an incredibly important recruiting pipeline using open source. On that subject, I would welcome your thoughts.

PreviousRatings Are Yesterday, Data Is Tomorrow NextPartner, or Die!