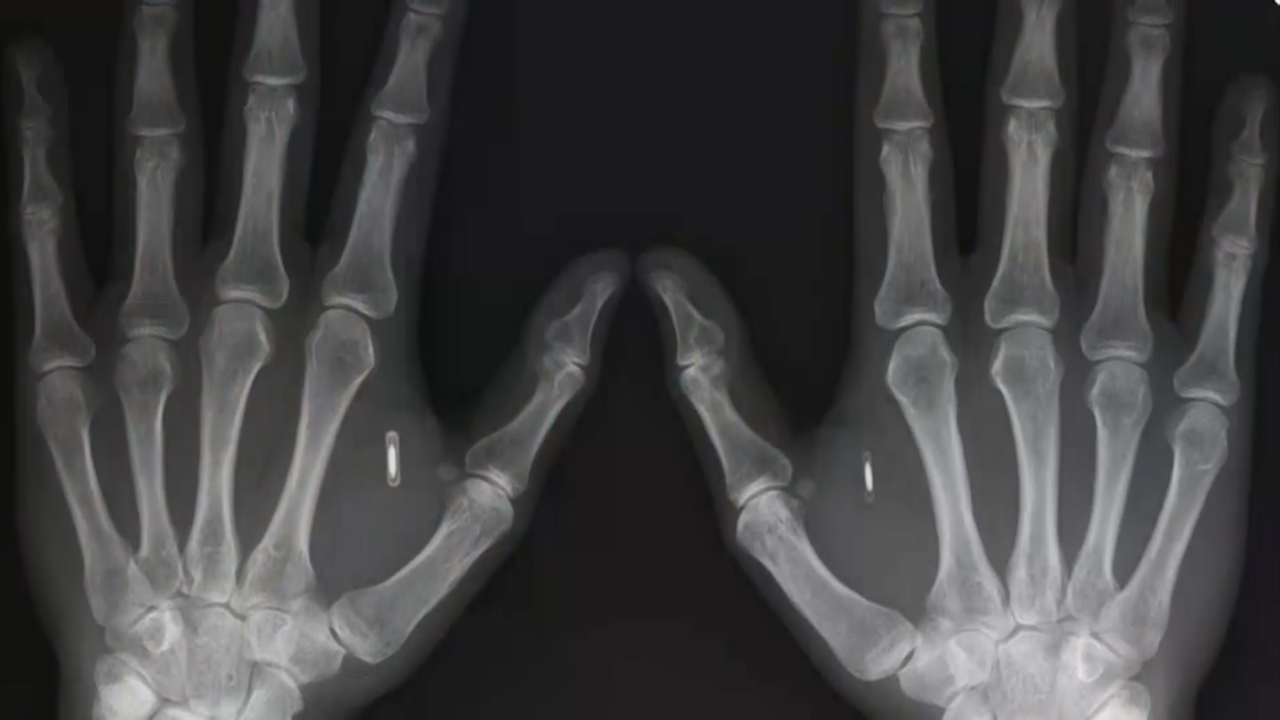 According to the New York Times, Three Square Market, a Wisconsin vending machine software firm, offers its employees the opportunity to inject microchips into their hands so they can open office doors, log in to computers, share business cards, and even buy snacks with just a wave.

Three Square Market is chipping its employees (who volunteer) with passive RFID (radio-frequency identification) chips. These chips are activated when they are in the proximity of radio-frequency (RF) waves generated by a reader. Once the chip is “awake,” the reader has access to the information embedded in the chip. The effective range of most RFID readers is a few millimeters to a few meters. However, range can vary dramatically depending on the power of the system being used to read the chips.

Importantly, these RFID chips are not GPS (global positioning system) chips. They cannot be used (generally speaking) to follow you to the restroom or find you if you are lost, unless you are in close proximity to a reader.

Getting chipped is incredibly easy. It’s a nonsurgical procedure. A person (who is trained and regulated about as rigorously as someone who pierces ears at a jewelry store) injects the chip under your skin. The most common place is on the top of your hand between your thumb and index finger. Once the chip is implanted, you can see and feel its outline under your skin. I am told RFID chips are easy to remove. I haven’t had one implanted, so I don’t know if “easy” equates to painless, although people who have had the experience say it’s like removing a splinter.

If you work in a very secure environment, one where you need to use a keycard to navigate between offices and hallways, chipping is a pretty convenient option. The idea that it can identify you as a permissioned user of various kinds of hardware and software is also a plus. In this limited setting, the only difference between carrying an RFID keycard and having a chip is … well, nothing.

Theoretically, your company-issued RFID implant could be used to unlock the door to your home, turn on lights, unlock and start your car, and on and on. You’d just have to add a bunch of RFID-compatible interfaces to your world.

If you change jobs, there is no reason to have the chip removed, your encrypted RFID number could easily be used by your next employer. To safeguard itself, your previous employer would just remove permission for your RFID number to open doors, log in to terminals, etc. The procedure would be identical to invalidating a keycard or revoking log in credentials.

Proponents of the technology tout its convenience and the idea that you never have to remember your wallet or a password, ever again. While they are technically correct, chipping people invokes a train of thought that quickly descends to the darkest of places.

For example: Will the government have a list of everyone’s RFIDs? What will happen if your implanted code is stolen? Can you be hacked? Is this the first step toward (your favorite conspiracy theory goes here)?

While I can’t speculate on the privacy issues and conspiracy theories, it is unlikely that an encrypted RFID number would be randomly hacked. You’d need to be targeted, and even then, the encryption would offer significant protection. In practice, an encrypted RFID chip (implanted or in your wallet) is probably more secure than your smart phone.

But security is just the beginning of the story. Should people be implanted with active chips? Should we implant chips that can be geo-located? Should we implant chips with computational capabilities and memory? What capabilities might we implant after IDs? Is the acceptance of chipping people the first step toward a physical merging of humans and machines? Would we be networked to chipped people in close proximity? If so, would that create a competitive advantage? Will we become part of a collective data set? Would we become part of a collective intelligence or a network of sensors that would inform our smart devices or implanted computers to help us make decisions or take actions? Will we become the Borg?

I Would Love to Know What You Think

I am fascinated by this subject. Click here to take a survey about being chipped. The results of the initial survey are depicted below: 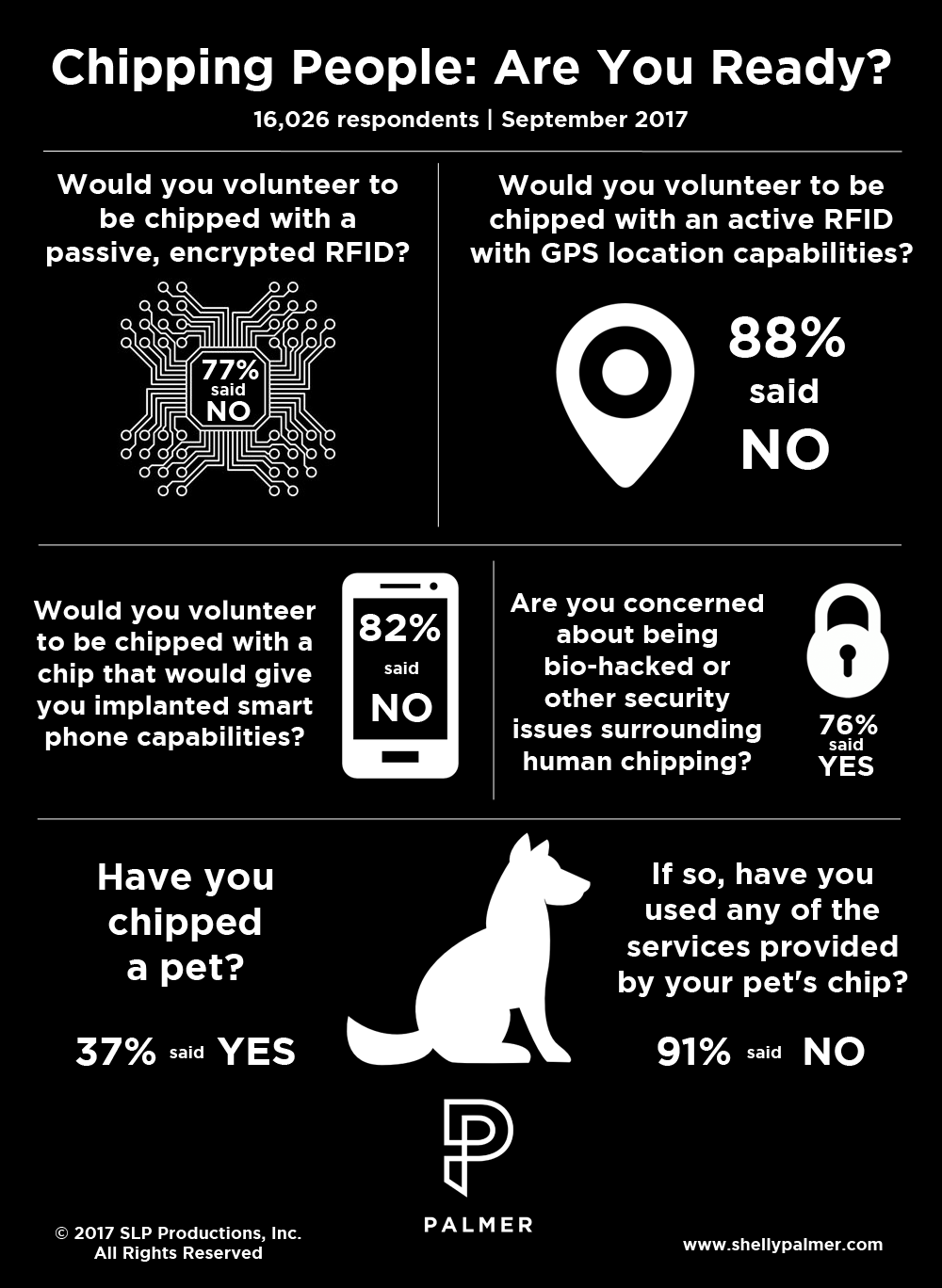