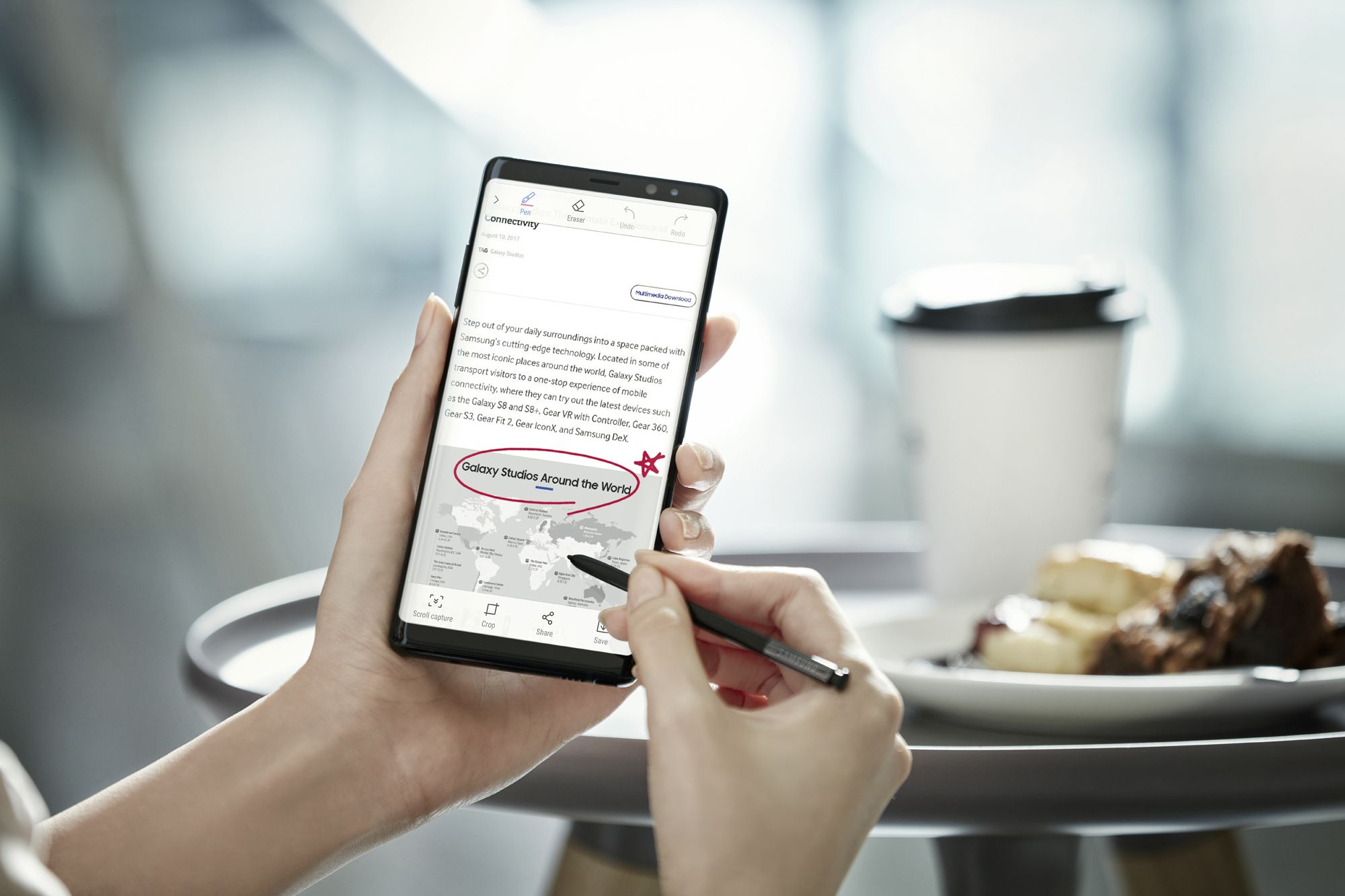 At its Unpacked event in New York City, Samsung unveiled the all-singing, all-dancing Galaxy Note8, complete with all the bells and whistles to make it the best smartphone the world has ever seen… until the next big smartphone release, of course.

A Battery That Doesn’t Blow Up

You may have heard a thing or two about battery troubles, but that’s a thing of the past. Samsung continues to uphold its commitment to battery safety, and the Note8 battery has undergone Samsung’s 8-Point Battery Safety Check process.

“We have been closely working with Samsung to make meaningful advancements in the science of smartphone quality and safety evaluation,” said Sajeev Jesudas, President, UL International. “As a result, the Note8 has successfully completed a rigorous series of device and battery safety compatibility test protocols.”

The Best Smartphone Screen Ever

Samsung is touting the phone’s gigantic screen as a way to multitask, especially when you factor in the phone’s App Pair feature, which lets you create a custom pairing of most apps on the Edge panel. That means you can simultaneously launch two apps, meaning you can work on a presentation and check your email, or watch a YouTube video and text friends… or whatever other combination you can dream up.

A New and Improved S Pen

Since Samsung created the S Pen, it’s been one of the Note’s biggest selling points. The Note8’s S Pen comes with a finer tip and improved pressure sensitivity so you can write, draw and interact with the phone in new ways.

You can also use the S Pen with Samsung’s Live Messages, letting you handwrite a message, add special effects and then GIF your creation to share with your friends, family, and your rabid social media fanbase.

One feature that’s really great is the S Pen’s improved translate feature, which lets you hover over text to translate entire sentences into 71 languages, as well as convert units and foreign currencies into your local standards.

Work Even When You’re Not Working

Another major selling point of the Note8 is its Always On Display, which lets you see your notifications, even without having to unlock your phone. That’s nothing new. What is new is that the Note8 lets you take notes as soon as you take out the S Pen, which you can then pin to the screen and edit as needed.

Truly, the Best Camera Yet

Every flagship smartphone raises the bar for camera technology, and the Note8 continues the trend with two 12MP rear cameras with Optical Image Stabilization (OIS) on both its wide-angle and telephoto lenses.

The phone’s Live Focus feature lets you control the depth of field by allowing you to adjust the bokeh effect both before and after you take a picture. Its Dual Capture mode (where both rear cameras take a photo simultaneously) lets you keep both images: a close-up shot from the telephoto lens and a wide-angle shot of the entire background.

The phone also has an 8MP Smart Auto Focus front-facing camera for all your selfie needs.

If you want to expand your Note8 experience beyond your phone, Samsung DeX (sold separately) enables a desktop-like experience, powered by your phone. It’s basically a dock for your smartphone that lets you work from your phone on a full-size computer monitor.

Other Bits of Housekeeping

Like all other Galaxy devices, the Note8 is water and dust resistant. It also supports fast wireless charging, your choice of biometric authentication options (including iris and fingerprint scanning), and “defense-grade security at the hardware and software layers.”

The phone has 6GB RAM, 64GB of storage and expandable memory (up to 256GB). If you’re into VR, the Note8 s compatible with the new Gear VR with Controller, which will be available for pre-order starting August 24 ($129.99 MSRP).

The Note8 can be pre-ordered in either Midnight Black or Orchid Gray on your choice of wireless carriers starting Thursday, August 24, with release on September 15. Anyone who buys a Note 8 between August 24 and September 24 gets their choice of a free Samsung Gear 360 camera ($229.99 MSRP) or a free Galaxy Foundation kit with Samsung 128GB EVO+ memory card and Fast Wireless Charging Convertible ($189.98 MSRP).

For exact specifications, pricing, carriers and more information about the Galaxy Note8, head to Samsung’s site.