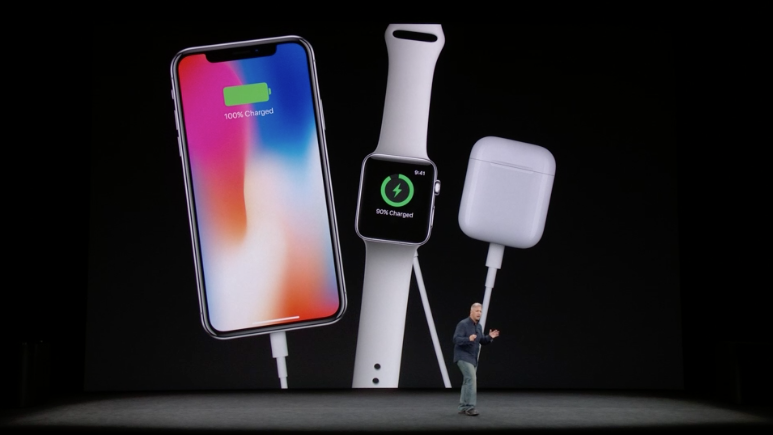 Here’s what Apple announced this morning from the Steve Jobs Theater. 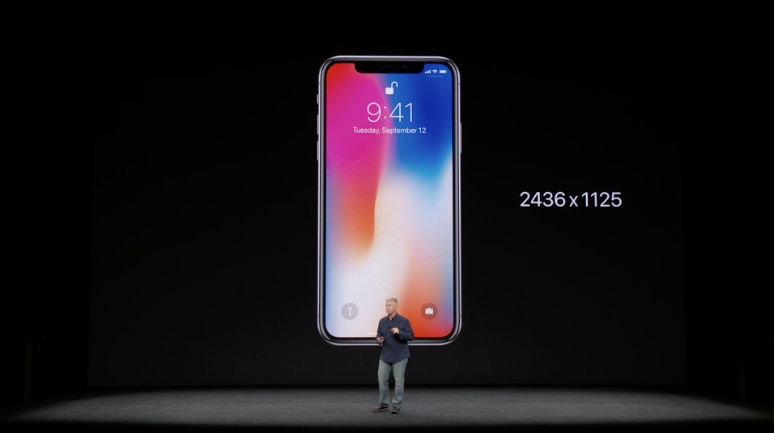 iPhone X – This is the phone you want if you’re a diehard Apple fanboy or fangirl. The iPhone X (pronounced “iPhone Ten”) is the company’s biggest iPhone redesign ever, complete with all the features you’ve heard rumors of this week.

“It is all screen,” Apple said. Say goodbye to the bezel (mostly) and say hello to a near edge-to-edge display (except for the top, where the camera lives), featuring the most durable smartphone glass ever. It has a new OLED display (“Super Retina Display”) with a 2436×1125 resolution.

The redesign removes the home button. To wake up your phone, you can raise-to-wake or tap the screen. Swipe up from the bottom to go home, or swipe up (and hesitate) to multi-task. Swiping up on existing iPhones can be less-than-perfect, so we’ll have to see how well this all works. To activate Siri, hold in the power button on the side, which is now bigger. 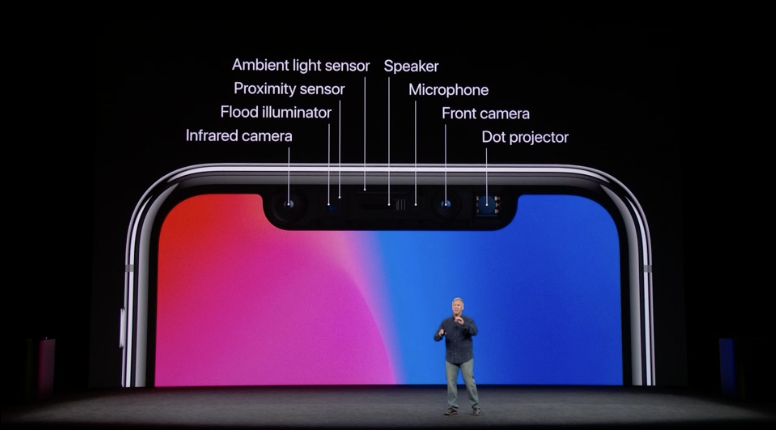 Having no home button also means having no TouchID sensor. In lieu of TouchID is FaceID, which Apple calls “the future of how we’ll unlock our smartphones” and will let you unlock your iPhone with your face. Powered by the TrueDepth camera system and coupled with Apple’s new neural engine (which is also hugely impressive), the face recognition software should be awesome. It is a 3D system that cannot be fooled by a 2D photo – or so they say. Your face data is protected with secure enclave and all of the security tools Apple is famous for.

The rear-facing cameras are 12 MP and better than on the iPhone 7 Plus and both feature OIS. The flash is also improved. The pics are stunning. And, of course, the cameras are tuned for AR.

It will have wireless charging like the iPhone 8. Oh, and one more thing. Apple is going to offer AirPower, a new charging pad, and a new optional charging case for your AirPods. It will be available next year.

Battery lasts 2 hours longer than the iPhone 7 (I’ll believe it when I personally experience it). 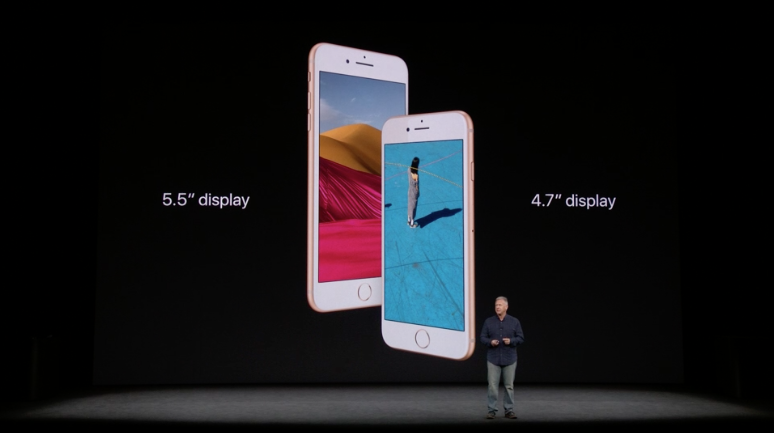 iPhone 8 and 8 Plus – These phones are exactly what was expected. A better processor, better camera, better screen, and no mention of battery life. There are nice photo enhancement capabilities, but the big news is the inclusion of AR. Also: wireless charging (finally!!!) using Qi open wireless standard. 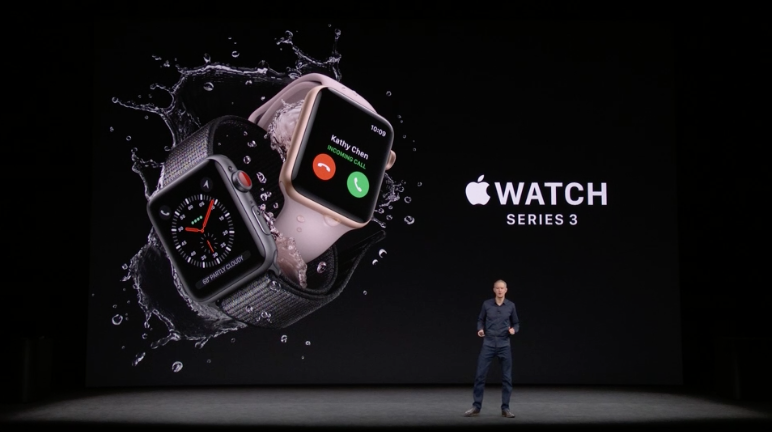 Apple Watch Series 3 – These watches have heart. The main goal here is to help you keep a better eye on your heart rate, and to let you know when you aren’t active but have an elevated heart rate. watchOS 4 launches September 19.

The Apple Watch Series 3 now comes with cellular built in, meaning that you can now send and receive calls/messages (with the same number as your iPhone), use maps, and more. You can also stream Apple Music directly from your wrist, which means one less gadget to bring with you on your morning jog. The microphone on the watch was demonstrated to be almost magical. We’ll see.

The Apple Watch Series 3 is available for pre-order on September 15 and launches on September 22, starting at $329. 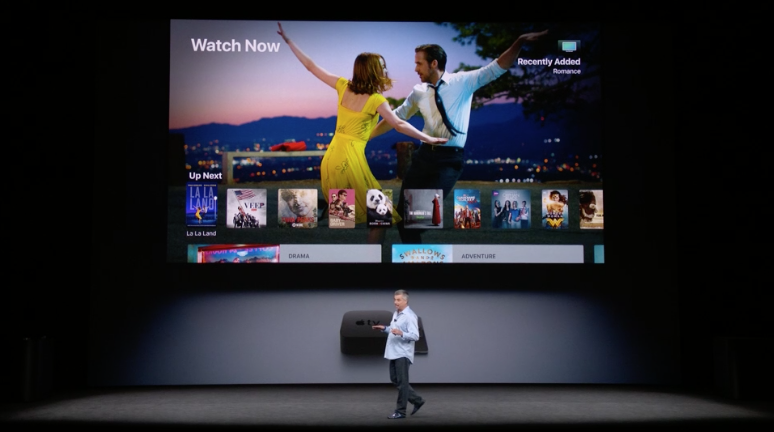 Apple TV 4K – Apple’s big focus is 4K images with HDR. A day late and a dollar short. This is a nice to have, not a need to have. If you’ve got a 4K monitor, it’s time to upgrade. Otherwise, you can ignore this. The best news for anyone with a sizable iTunes movie library is that all 4K content will be the same price as HD, and Apple is upgrading all of your HD purchases to 4K HDR for free. 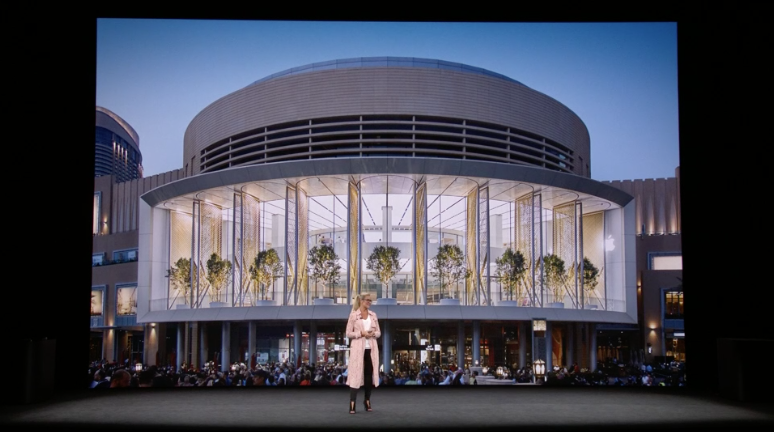