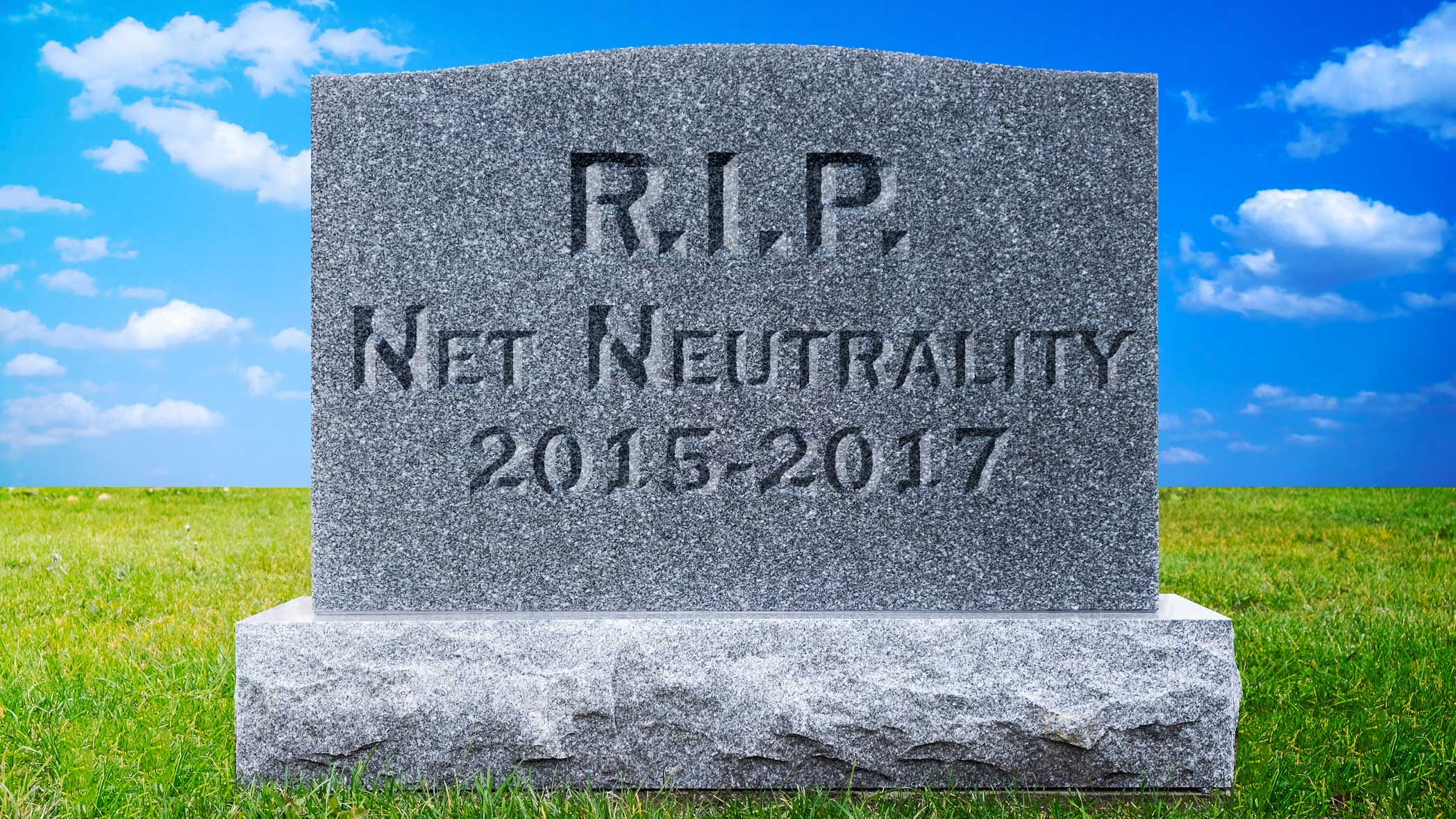 If you’re still reading, you know that the FCC voted to repeal Net Neutrality rules (aka the Open Internet) and replace it with the “Restoring Internet Freedom” order. The outcry from the Open Internet camp has been loud, hyperbolic, hypothetical, and mostly based on the fundamental principles of “what if.” For some background and my personal “what if?” musings, read this.

“If Net Neutrality Is Repealed, the Internet Will Die!”

I’m paraphrasing, of course, but this is what many proponents of Net Neutrality believe. My issue with this line of thinking is that the idea presupposes the Internet was previously alive and well. It was not. Since the beginning of this decade, the Internet has become dominated by a handful of exceptionally big and powerful ISPs (Comcast, Charter, AT&T, Verizon, etc.) and another handful of exceptionally big and powerful walled gardens and ecosystems (Facebook, Amazon, Netflix, Apple, Microsoft, and Alphabet). The free and open Internet became the paid and closed Internet long ago, and Net Neutrality was not doing much to change that.

“If Net Neutrality Is Repealed, the Internet Will Live!”

I’m not paraphrasing here. Very few people understand the underlying technology of the Internet well enough to describe what it is, or how it works. Therefore, very few people can argue about the life or death of the Internet in the context of Net Neutrality. What proponents of the Restoring Internet Freedom order are mostly in favor of is minimal (or no) government regulation. That, in case you are wondering, is not a technical argument.

The overarching theory behind the FCC’s repeal is that the free market will take care of the Internet – just like it did before 2015 (the year Net Neutrality rules were enacted).

If you believe that the Internet was free and open before December 14, 2017, you are not alone. You are also not correct. Under Net Neutrality there were fast lanes and slow lanes, and a loophole called zero-rating which allowed services like T-Mobile’s “Binge On” to exempt certain streaming services from its data counts. There were other loopholes written into the rules where specific clauses included phrases such as, “Subject to reasonable network management,” which basically meant ISPs could throttle traffic if they thought they had to. Wait. What?

Thinking About the Future

What will change now? Nothing much. The big ISPs are all standing outside in the bright sunshine, and none of them are going to mess around with your connectivity while this is a hot-button issue. In the meantime, a bunch of very high-priced lawyers and expert witnesses are about to get busy (and rich). That’s pretty much guaranteed.

We could see some bad actors do bad things. Especially where consumers have limited ISP choices. Won’t that be like the “death of the Internet?” No. Stop saying that!

I can imagine a future where ISPs use their newfound freedom to turn the data they collect into action. They can now monetize your data just like Google, Facebook, Amazon, Microsoft, and other big tech companies. Some may try to sell ads, but the smart ones will create universal IDs that work across devices and across wired and wireless networks (a little corp dev will be needed here). This will give them a huge competitive advantage over their single walled garden or single ecosystem competitors.

In a strange twist, an ISP-based universal ID schema would help small companies and start-ups and every advertiser compete with big tech in ways that are not possible today. To understand how this might come to exist, you need to understand the way information travels over networks. If you’re already an Internet Jedi, let’s have a Socratic discussion about this. If you’re not, go deep (you can use the Internet to do your research — as of this morning, there was still an Internet) so you can join the conversation. There’s a big opportunity here. In practice, it could change the balance of power in content delivery, advertising, digital assistance, and messaging. Which is why, generally speaking, ISPs love the FCC decision and why, generally speaking, content providers hate it.

The velocity of data is increasing and will always increase. Prior to 1986, all of the information ever created by humans was estimated to be equal to 227 Exabytes (EB). Today, IBM estimates that we are creating 1.86 EB of data per hour, that’s over 16 Zetabytes (ZB) per year. And just in case that stat doesn’t blow your mind, IBM also believes that humans have created 90 percent of the data ever created in the last 24 months. There are several sources that predict we will increase our data creation 10x (to roughly 163 ZB per year) by 2025.

Much of this data will be moved around the world over the Internet. We are going to need some rules. In fact, we’re going to need a law. From my perspective, that law would prohibit blocking lawful content, prohibit throttling traffic, and prohibit paid prioritization. This should not be done under Title II of the almost 100-year-old Communications Act of 1934. We need a new federal law that reflects the will of the majority of the American people.

Of course, I can also imagine a future where Washington, DC, is too gridlocked to pass any kind of meaningful laws to govern the Internet. Which means every time a different political party gets the opportunity to appoint an FCC, the rules will change. Which is why, I believe, reports of the “death of the Internet” have been greatly exaggerated.

Put AI to Work for Your Brand Right Now