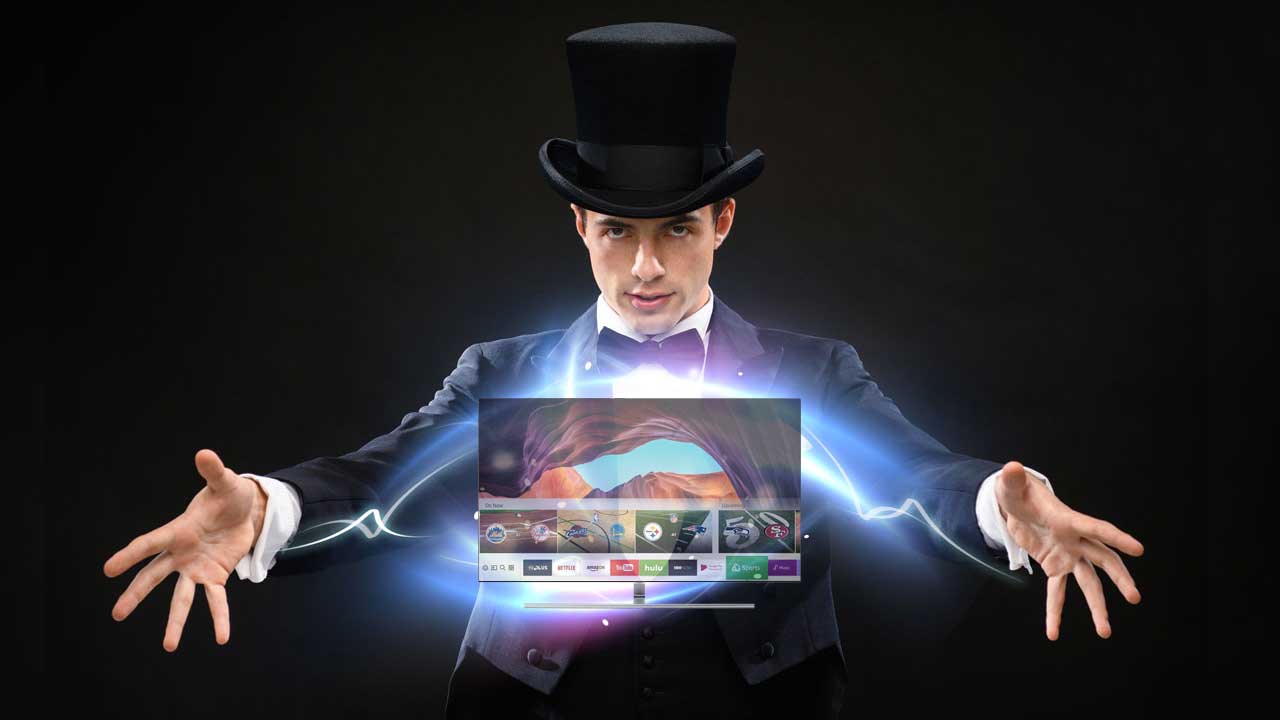 Welcome to the TV industry’s latest bit of magic … prestidigitalization. It’s a new twist on the old sleight-of-measurement trick. Here’s how it works. You buy TV the old-fashioned way because, well, that’s how you buy TV. The ratings suck. You want to pay less because you’re getting less. TV says, “You’re not getting less. Look at our newly crafted, data-driven metrics. We’re delivering premium audiences across omni-channel touchpoints and generating better return-on-ad-spends than ever!” If you can brush the buzzwords off your shoulder, you respond, “Yeah, but Nielsen says the ratings are down.” And TV triumphantly concludes, “Nielsen sucks! Here’s how we prestidigitally measure your success.”

As it turns out, TV is right. They do have newly crafted, data-driven metrics, and they can deliver premium audiences across omni-channel touchpoints, and Nielsen does suck. (Sorry Nielsen, I love you guys, I really do. I’ll defend you in a moment.)

At an unusual cross-industry meeting last week to discuss TV’s problems and ostensibly start fixing them, NBC Universal sales chief Linda Yaccarino said her company will try to wean itself off a single currency. That means Nielsen. The problem is that every TV sales group has devised artisanal, hand-crafted, un-scalable, data-driven metrics to justify your ad dollars. In some cases, metrics can even vary between different divisions of the same networks. There is no common currency that encompasses industry-accepted messaging units and the delivery of quality audiences.

Even if such a currency could be agreed upon, it would be so obviously biased toward a desired outcome, it would not have practical value. Look over there … let’s blame Nielsen!

Nielsen for better or for worse

It’s super easy to blame Nielsen for everything. Even with its investments in new technology, it has not adequately adapted to behavioral changes in media consumption­­—at least not in a way that favors TV. According to Nielsen, in 2016 (the last fully reported year) its revenues within the Watch segment (the TV ratings biz) increased 5.7 percent to $2.9 billion. Audience Measurement of Video and Text revenues increased 7.5 percent primarily due to its ongoing investments and continued client adoption of its Total Audience Measurement system. Nielsen has a de facto monopoly on ratings, and business is up, so it is not under any significant evolutionary pressure to do anything more than it is already doing.

But Nielsen is making TV look bad compared to its data-rich rivals. “If only we were measured right,” laments the TV business, “you’d see. TV is awesome.” Put another way, if we could manipulate a new metric the way we manipulate Nielsen, we could continue to charge you ungodly sums without having to deliver attributable business outcomes.

Of course, the pressure on TV ad sales is not Nielsen’s fault (although every crisis needs a villain). The blame can be placed squarely on changes in consumer behavior. While this has been prophesized for years, and everyone has agreed in theory that television viewers were evolving their behaviors, no one could agree on the timing. This is not a linear exercise; the pace of technological change is exponential and the industry is now getting an up-close-and-personal view of what an empowered consumer is (and is not) willing to put up with.

Mass marketing and its component parts are facing an existential crisis. With enough data, machine learning tools can (and will) optimize for marketing outcomes in ways that will soon render Nielsen and other “research” companies (and departments) obsolete. If a message finds its target, and phones home about it, and an outcome is determined, there’s nothing else to know. Marketers have never wanted to buy a GRP or a CPM, they want to drive velocity or brand awareness or create purchase intent or some other metric of their own choosing. They’re not governed by how well they buy ads, they’re governed by revenue, and everyone is under extreme pressure to perform. Not to put too fine a point on it—in case you were not paying attention—today, every company is a tech company. Try to get through a meeting without using the word “data.” It is almost impossible.

The art form vs. the platform

TV, the art form, is in its platinum age. But the future present of video packaging and distribution is on-demand and digital. TV the platform simply cannot survive under its current business model. It must evolve.

Last week, Amazon introduced its new Elemental-based, AWS Media Services, an array of broadcast-quality media services that enable anyone with an Amazon Web Services (AWS) account to process, store and make money from video. You want to see real magic? “Abracadabra! You’re a broadcast-quality, omni-channel television network!” This is a level of competition the traditional TV business has not anticipated. Disney blew a zillion dollars acquiring the part of BAMTech it did not already own—just to get into the streaming business with an established technology and workflow. Give me 10 engineers and 10 weeks, and a credit card to open your AWS account, and I’ll build you 100 percent of that capability (and more) for a fraction of what Disney spent. The pace of technological change is exponential. Believe it, own it, leverage it. As for TV? It’s not time for prestidigitalization, it’s time to “presto-change-o.”

This article originally appeared in AdAge.

PreviousNet Neutrality: What To Do NextBitcoin: What you need to know