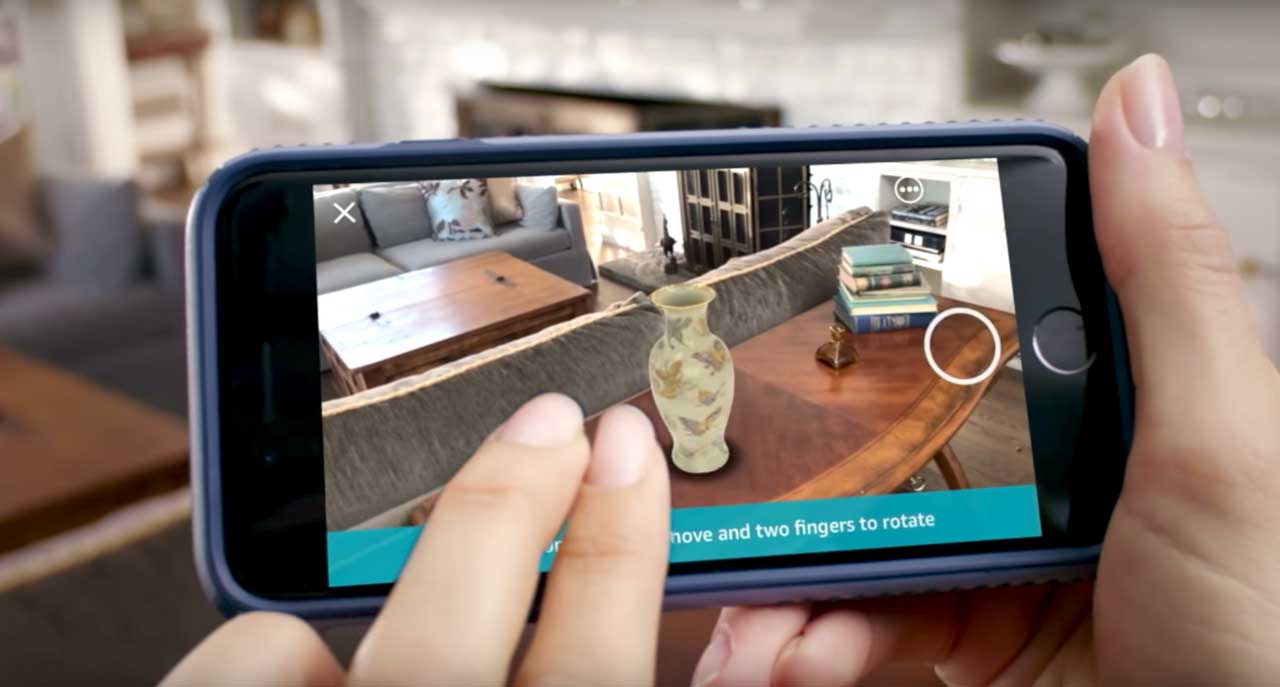 Augmented reality (AR) is on the cusp of being one of the technological advances that are all but guaranteed to change our day-to-day behavior. Imagine living in a world filled with “movie magic.” A world so packed with computer-generated images, it’s hard to tell fantasy from reality. That’s the dream, but where are we now, and who is going to get us there first? Here’s a quick overview of the state of AR.

AR has already found early use in the $30B digital segment of the home furnishings market with AR applications (aka “Augmented Retail”) from many companies, including Ikea, Wayfair, Lowe’s, and Williams Sonoma.

Software for smartphones by Apple and Google had over half a billion AR-capable devices in the market by the end of 2017. That number is expected to grow to 4.25B devices by 2020.

Global spending on AR and virtual reality (VR) technology will grow from $11.4B in 2017 to $215B in 2021. VR headsets will likely be the sales leader until 2019, at which time AR headsets are expected to begin dominating sales.

If you want to gain an instant appreciation for how AR will change your future, download the Google Translate app, press the camera button, and point your smartphone camera at a sign or menu or wine bottle written in a language you don’t speak. It’s early days, but you can see where this is going.

Google AR Expeditions is another great project. It was designed to provide students with augmented learning experiences (like “view” a full-size African elephant up close, or travel to the center of a hurricane) through more than 800 VR and 100 AR experiences. Expeditions has grown past the educational world and is now available to everyone on both iOS and Android.

For developers, Google’s ARCore (which recently expanded to China) is the company’s platform for building AR experiences. Through various APIs, ARCore (which works on most modern Android devices) uses motion tracking, environmental understanding, and light estimation to integrate virtual content with the real world and allow developers to create endless AR experiences on just about any platform they choose through Google’s SDKs (software development kits).

AR for iOS is ready for prime time. The company unveiled ARKit 2 at its recent worldwide developer conference (WWDC), which allows for developers’ AR apps to be experienced by multiple users at once (and resumed at a later time in the same state) as well as an overall deeper level of immersion. While some say that Apple has a lot to prove in the world of AR, the full list of features coming to ARKit 2 is impressive and should leave you excited for the future. If you missed Apple’s AR demo at WWDC, you can catch up here.

Facebook’s AR Studio tools have been used by companies like Netflix (for the company’s first comic book series), FIFA (for some cool 2018 World Cup Russia features), and Nike (which used AR to sell out its stock of the Kyrie 4 in under an hour), which interact with customers in many ways, including via Messenger.

Amazon Sumerian offers developers the tools to run VR, AR, and 3D apps quickly and easily (without specialized programming expertise) on a wide array of platforms. It’s also now open to all developers who want to give it a try.

You can learn about Amazon’s vision for augmented retail through AR view in its mobile app. AR view lets you view products in your home before you buy them. That means you can see how that Echo will look on your nightstand, or whether you actually have enough room on your counter for the coffee press you’re eyeing up. Open the Amazon app, tap the camera icon in the search bar, and then hit AR view. It’s been in your pocket for months, and you may not have even known about it. Amazon AR view may currently be a parlor trick, but augmented retail is going to be a multibillion-dollar business all by itself.

Microsoft is on the forefront of MR with HoloLens, which launched in early 2016. (Developers looking to create experiences for Microsoft’s platform can find more info here.) The company is set to unveil HoloLens 2 (which some are saying may be more powerful than Google’s upcoming AR headset) sometime this year.

Magic Leap (once the darling of MR) recently showed off the Magic Leap One. It is scheduled to launch this year, and we already know a fair amount about it (it will use lightfield technology and function similar to Google Glass to create a form of mixed reality).

Samsung’s main focus is the AR Emoji feature on the Galaxy S9, which is exactly what you think it is. Outside of emojis, Samsung is also using its smart assistant Bixby’s “Bixby Vision” feature (in conjunction with AR) to offer live translation, an AR assistant, and more.

Of course, there are many other companies working on AR hardware and software. Notables include Avegant, Vuzix, and Meta. Optinvent has a headset and so does ODG. Epson has a complete line of headsets with one designed specifically for professional drone users. And Garmin, Everysight, and Solos each have headsets designed for cyclists.

AR is a compelling way to turn data into action, and stating the obvious, the applications are limited only by our imaginations. And while AR may be what’s coming next, the tools are available to everyone, so you should be experimenting with it (or better yet, implementing it) now. Some of the examples here may inspire you, but to gain a true appreciation for the power of AR, you’ve got to apply it to a world you deeply understand. That’s where the magic truly starts to happen.

Is Alexa Spying on You?