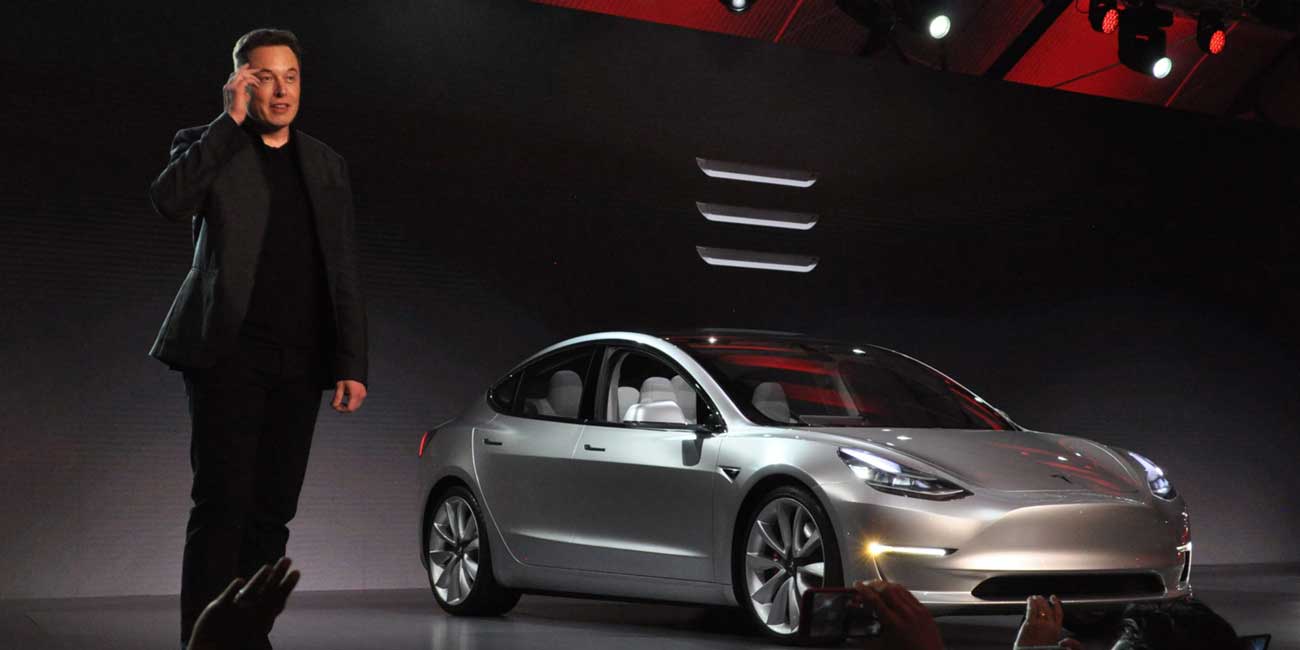 In the not-so-distant past, Tesla was synonymous with the future of electric vehicles (EVs). Elon Musk (who some say is the Tony Stark of our age) painted a vision of the future that many bought into. Right now shareholders are calling for Musk to be fired, there are reports of more than $150M wasted on scrap metal, and there are concerns about the company’s overall finances. Tesla’s situation is troubling, but Mr. Musk will probably talk his way out of the current issues. Then what? Are Elon Musk and Tesla ready for the future?

Tesla may be one of the biggest names in the EV market, but now everyone is getting into the game. Many of the largest automakers have released EVs. This list shows more than 40 that are classified as highway capable, including the following:

No matter whom you ask, prognostication about Tesla almost always comes down to the success (or failure) of one vehicle: the Model 3.

Last year, Tesla reported more than 500,000 people had pre-ordered the Model 3 (though that number dipped a bit after more than 60,000 cancellations). With production delayed and customers getting antsy, a report from this past week said nearly a quarter of all pre-order deposits had been refunded. But if you ask Tesla? Everything is fine.

The Tesla Model 3 is set to retail for $35,000. German engineers tore a Model 3 down and discovered it would cost roughly $28,000 to make ($18,000 in materials and $10,000 in labor). It’s a nice margin, but Tesla has a host of expenses other manufacturers don’t have, including upcoming factory expansions, investments in automation, and its own network of dealerships.

Being Ready for the Future

Tesla’s short-term issues and even its production challenges pale when taken in context with the changing automotive landscape. The on-demand economy is here and consumers like it. It is only a matter of time before the concept of vehicle ownership will be as alien to some as paying for a landline phone. Ride-sharing fleets are super motivated to adapt to the growing consumer demand. For commercial enterprises such as Uber and Lyft, it is simple economics:

Ride-sharing trips in and around New York City cost approximately $2 per mile. Uber charges drivers 20 percent. . . . So there’s roughly $1.60 per mile left for the Uber driver. Out of that $1.60, the driver must pay for the car, insurance, maintenance, and gas. Let’s round up the IRS standard deduction of 53.5 cents per mile to 60 cents per mile to offset the cost of the car, insurance, maintenance, and gas. That puts the average cost of the driver at approximately $1 per mile.

Averaging most industry estimates, a $40,000 electric autonomous or hybrid ride-sharing fleet vehicle will cost approximately 20 cents per mile to operate. It doesn’t take much in the way of math skills to understand the industry’s desire to eliminate human drivers.

For most Americans, their car is the either their biggest or second biggest investment. My guess is that noncommercial car owner rental pool apps such as Turo are just the beginning. Once my autonomous vehicle is in my driveway and I’m home for the night, of course I’m going to put it on the grid to be part of a ride-sharing or rental service.

Americans have been brainwashed by decades of automotive advertising to see “one person, one car” as a symbol of freedom. Pressing a button and being automatically taken from where you are to where you want to go is a much better (and more economical) value proposition.

At a certain point in the not-too-distant future, if you live in an area with enough coverage, there will be only two reasons to purchase a vehicle: (1) as an investment with a calculated ROI, and (2) because you want one.

Not only does Tesla clearly see the shift to autonomous vehicles, it is leading the pack in executional excellence. But that’s today. Recently, Elon Musk teased the Model Y – which is still years from release – suggesting it may not have a steering wheel. The Model Y’s cost is unknown, but experts place on it the same $35,000 price tag that is on the Model 3. It sounds like a good price, and it had better be, because autonomous EV fleets will be a mass-produced race to the bottom. The major automakers have a huge advantage in building Model Y–styled travel pods – they will have to be exceptionally cheap to fulfill their intended purpose. Which means that Tesla (if Tesla is still in business) will be making a Model Y that is artisanal and exciting and expensive and well appointed – a car worthy of the name Tesla. Problem is, you can’t make money doing that.

The future is always different (and way more exciting) than soothsayers predict. That said, we can clearly see the trends toward autonomy, ride-sharing, cost-sharing, profit-sharing, and very different vehicle configurations. Tesla is making cars for today, and if the company gets it right, it will be able to compete in the market today (which won’t do Tesla much good a year from now). Which makes me wonder: Does Tesla have a skunk works thinking about how the company will pivot into a data-driven, consumer-oriented, transportation-as-a-service business? If not, you just gotta ask, are Elon Musk and Tesla ready for the future?

Is Alexa Spying on You?