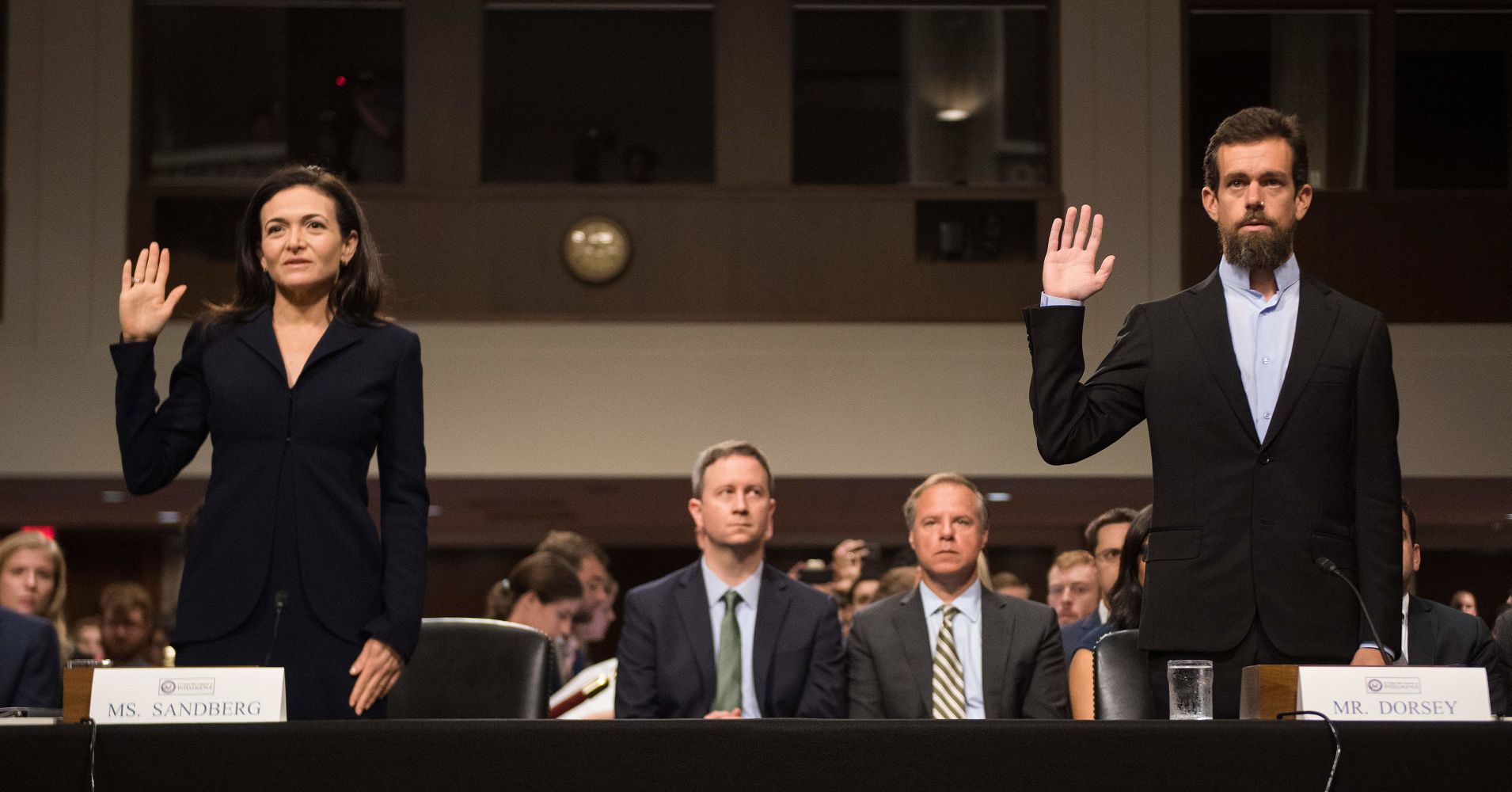 During the recent congressional hearings, Sen. Mark Warner (D-VA), the Senate intelligence committee’s vice chairman, said, “The era of the wild west in social media is coming to an end.” Congress, he said, will have to take action. “Where we go from here is an open question.” More hearings are clearly in the offing, and some kind of regulation is likely to follow. That’s the probable future, but what would happen if the government lost its ability to control the tech industry? What if tech fought back? What if our democracy transformed into a technocracy?

I’ll use FTG as a proxy for content you can find on the public Internet. During 2018 at three different congressional hearings, FTG was variously accused of “allowing” bad actors to use, and abuse, their platforms.

The proper use of FTG should not have been called into question, because FTG’s business model is putting the right message in front of the right person at the right time.

The abuse by bad actors who created fake accounts and deployed bots and trolls is a legitimate area of concern, and everyone knows it must be dealt with.

Then there is the concept of Fake News and the tactical reality of censorship. Like pornography, you might know Fake News when you see it, but well-crafted propaganda rarely identifies itself. Whether human, machine, or a hybrid of both, someone or something has to determine what is acceptable and what is not. Whom would you anoint with that level of power?

At least some government legislators believe that FTG has the power to accurately predict voter behavior and, more importantly, has the power to alter the course of elections. This is not an unreasonable thought. FTG is capable of high-level predictive modeling and has the ability to test messaging hypotheses quickly and efficiently. Which raises the question, “Could Mark Zuckerberg or Jack Dorsey or Larry Page have swung the outcome of the 2016 presidential election to the candidate of his choice?”

I believe that Facebook or Google could have easily put its candidate of choice in the White House. But I also believe that the company’s CEO would currently be in jail if either had done so.

But FTG took a different path: it followed the existing laws, which state that because Facebook, Twitter, and Google are “neutral platforms,” FTG is not required to monitor illegal activity. In other words, it was business as usual, and FTG’s reward was … congressional hearings.

Follow the law and get a subpoena or fix the elections and go to jail – decisions, decisions.

Oddly, when asked by Sen. Dan Sullivan (R-AK) whether Facebook was a tech company or a publisher, Zuckerberg answered, “When people ask us if we’re a media company — or a publisher — my understanding of what the heart of what they’re really getting at is, ‘Do we feel responsibility for the content on our platform?’ The answer to that, I think, is clearly yes.” But what does he mean by “we?” Does he mean a set of policies crafted by a diverse group of democratically elected representatives? Or does he mean the royal we, in other words, him?

Just for fun, let’s imagine a world where the US government decides it is going to take big tech out to the woodshed. Congress has a bunch of hearings. Committees and subcommittees are formed and regulations are crafted. In this hypothetical world, FTG is really unhappy with the government getting in its face and the CEOs decide it’s time to fight back.

Playing this out, FTG sets out to replace the regulators with elected officials who are sympathetic (or subservient) to FTG’s cause. It works because FTG is that powerful.

Then the CEOs in traditional 1930s Gangland-style start divvying up the territory. They invite the other bosses (Microsoft, Amazon, Apple, etc.). And poof! In three election cycles, America is transformed from a democracy into a technocracy – and no one (except those on the inside) would even know.

It’s possible that a technocratic republic would provide a better quality of life than the current constitutional republic. Turning data into action is what big tech does, and for our country to sustain its position as a world leader, it needs technological mastery as a core competence. A technocracy would be run far more efficiently than our current system, and it would be impossible for politicians to do anything other than what they were told to do for the good of the technocracy. However, this vision of a benevolent dictatorial technocracy is naïve in the extreme.

Everything might be great for a while, but then the CEOs would start to disagree or get into turf wars or some other conflict, and they would start fighting with each other with weaponized technology. In the end, some working-class hero would raise up an army and reclaim America for Americans – and in the process probably set the clock back to the Stone Age. Fodder for a B-movie script? Nope. It’s not good enough.

Congress is looking for a fight. Big Tech is not. The process may end with some mild, uninformed regulations that can be easily dealt with, or it may yield draconian regulations that inhibit innovation and growth, or we might end up with some amped-up privacy laws and some regulations around omni-platform advertising and messaging. Whatever the regulations turn out to be, they will apply to everyone, and every business is capable of adapting to a level playing field. In reality, I am not too worried about government tech regulation.

But what if Big Tech decides to fight back? What would that America look like? I’d love to hear your thoughts. I’m @shellypalmer on Twitter. That seems like the perfect place for this discussion.