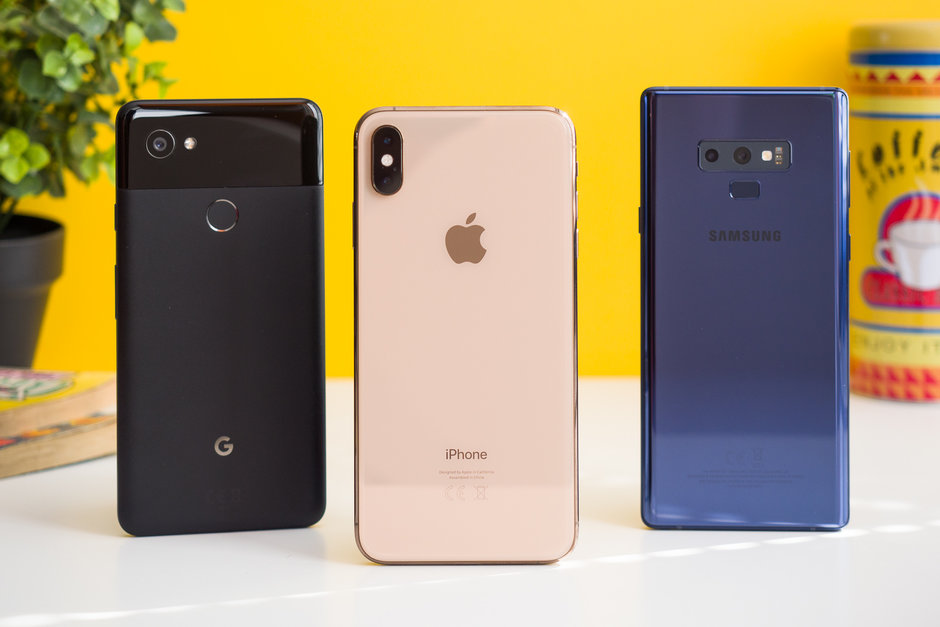 Adapt or die! For smartphone makers, this immutable law of nature incentivizes innovation and forces continuous improvement as they seek new ways to make their great devices even greater. What’s next? Here are five awesome new smartphone features we’re likely to see in the near future.

1. Your Phone Will Bend and Fold

Samsung has long hinted it plans to release a phone that bends, and it seems like we may be seeing it sooner rather than later. Unofficially dubbed the “Galaxy F” (F is for foldable), D.J. Koh, the CEO of Samsung’s mobile business, said the phone will also double as a tablet with multitasking abilities. Need to hit the road? Fold it up and throw it in your pocket.

Even if we don’t call them phablets anymore, smartphones continue to get bigger. Unless pockets get bigger (and they’re already not big enough), there isn’t much more phone manufacturers can do to give us more screen size while on the go … until they offer a bendable, foldable smartphone, that is.

2. Your Phone Will Become Indestructible

There’s an old adage about bending but not breaking. Sure, your phone could bend, but what if it were impossible to break? Thanks to improvements in smartphone glass, it’s more difficult to scratch or crack your smartphone screen than ever before (remember #bendgate?). Apple wants to go one step further, though, by preventing scratches that can “ruin” an iPhone.

The iPhone XS is IP68 rated, which means it’s dust-proof and can survive in water up to two meters deep for half an hour. It also has the most scratch-resistant glass on an Apple device yet. But if Apple is able to take this next leap, you’ll be able to bring your iPhone anywhere and everywhere you go, without fear of cracks or scratches.

3. Your Phone Will Become Even More Secure

With the advent of fingerprint readers and technology like Face ID, your smartphone is incredibly tough for anyone who isn’t you to access it. Samsung wants to take this one step further, though, as a new patent suggests it’s looking to crack down on fake fingerprints and increase the overall level of security that your phone’s fingerprint reader provides.

Unless you’re Kanye West (whose iPhone passcode is 000000), your phone is probably pretty secure. But as we devote more of our lives and our memories to our phones, it’s becoming increasingly more important to make sure no one other than you can gain access to your device. More secure biometric security methods are a good thing all around.

4. Your Phone Can Prevent Spam Calls

Few #firstworldproblems are as irritating as dealing with spam calls. Apple is all about mindfulness (just check out Apple Health), and a great way to stay present and in the moment is to cut these calls out of your life altogether. A new patent suggests Apple is working on ways to automatically recognize an incoming fake call and give you a heads-up to avoid it.

Apple is developing a way to “analyze the technical data of incoming calls.” If it detected an incoming call was masked or spoofed, it would let you know so that you could easily decline or ignore it.

It’s important to note: Google is actually better than Apple in this regard, and Google Assistant on the Pixel 3 can answer and screen questionable calls.

5. Your Phone May Become a Game Boy

What’s a list like this without some fun? Nintendo has mostly stayed away from iOS and Android (though Super Mario Run was pretty fun and Fire Emblem Heroes has grossed more than $400 million), but a patent in March suggests the company could be in the market to roll out a line of handheld games for the two platforms via a smartphone case.

Nostalgia is big and bankable, so it makes sense to squeeze a few bucks out of people who grew up in the ’80s or ’90s by letting them play the games of their youth on a device they’re already carrying around. Clip the case to your phone, and you suddenly have a device with working buttons and a d-pad. Level up!

When Can I Get My Hands on These Features?

Every new phone release promises to be innovative, iterative, or both. Apple radically changed its smartphone lineup with the launch of the iPhone X last year, then opted to refine and slightly tweak it with this year’s lineup. Samsung continues to make its phones better, but appears to be on the verge of offering a foldable phone the likes of which we’ve never seen.

Some of these features described above will likely hit the market sooner (Game Boy case) rather than later (an indestructible iPhone). Some could launch via an OTA software update (spam call alerts), while others necessitate buying a new phone altogether (a bendable smartphone).

We are probably coming close to the end of the smartphone era. Mainstream use of augmented reality (AR), Natural Language Processing (NLP), and 5G are just over the horizon. I can’t imagine a generation of smartphone users viewing the world by framing it with their smartphone cameras. Eyewear or some other heads-up interface will be the next new new thing. Which raises the question, will phone stores feature dispensing opticians (to fit people with prescription versions of AR headsets or glasses), or will existing eyeglass stores start selling heads-up displays with data packages from major carriers? Buckle up! The next few years promise to be amazing.

PreviousGoogle+ Data Leak NextDeepfakes: The Dawn of the Post-Truth Era