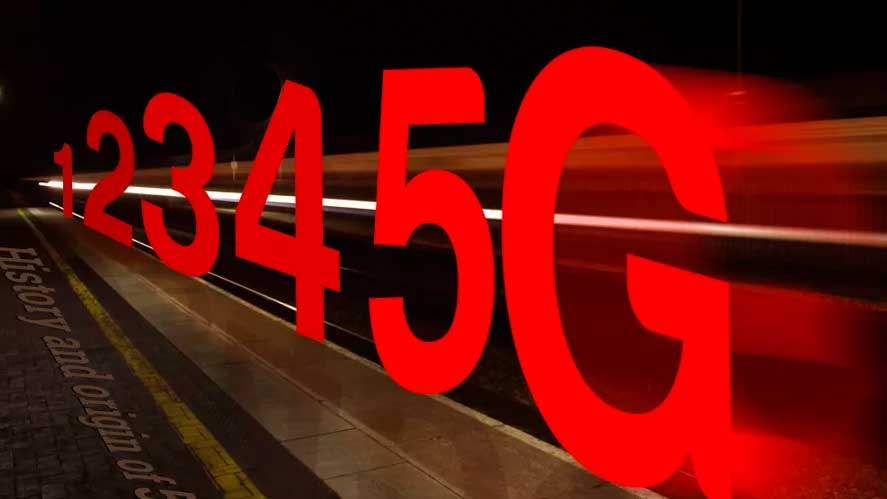 Known simply as 5G, the next-generation wireless network has been touted as “world-changing” and a quantum leap in the evolution of communication. There’s a good reason: it will be. If you’re wondering how and why, here are 5 things 5G should make you think about.

Imagine hooking up a huge, paper-thin, 5G-compatible flat screen and just plugging in the power cable. No other cables required. You won’t need a cable box; you’ll just login to your various video accounts and start watching video.

The high speed of 5G will enable the complete disruption of the current wired cable television distribution model and will wreak havoc with content licensing agreements of every kind. Every 5G device will have the ability to display extremely emotionally satisfying, high-resolution video. Even if someone starts delivering video in 8K, 5G will present it to you perfectly – no buffering, no degradation in video quality.

5G will offer speeds that far exceed those of 4G. Currently, 4G offers download speeds of up to 100Mbps, about five times the speed of 3G. LTE-A, an advanced version of LTE that’s compatible with most modern phones, can deliver wireless speeds of 225 to 300Mbps; it’s currently being offered by Verizon at no additional cost to Verizon customers.

By comparison, 5G promises speeds of up to 10Gbps. That’s up to 33x faster than LTE-A, up to 100x faster than traditional LTE, and up to 500x faster than 3G. To put that into context, the best commonly available wired home internet connections (through ISPs like Comcast or Verizon FiOS) usually cap out at about 1Gbps, which is somewhere between 10 and 20% of the speed of 5G.

If you want to go even deeper on the different technologies that the industry’s biggest players are using to create 5G, check out IEEE Spectrum’s terrific, in-depth primer on millimeter waves, small cells, massive MIMO, beamforming, and full duplex.

5G is only a semi-agreed-upon standard. For example, while Verizon will deploy commercial fixed wireless 5G in test cities later this year, its 5G service will initially run on Verizon’s V5GTF standard, which deviates slightly from the 5G standard released by the 3GPP (the 3rd Generation Partnership Project) late last year.

3. Wireless Providers Will Have More Data than Facebook and Google Combined

Mark Zuckerberg, Facebook’s CEO, recently testified before Congress to answer questions about how Facebook user data found its way into the hands of “bad actors.” Facebook does track, store, and analyze a great deal of the data generated when users interact with its various platforms (Facebook, Instagram, WhatsApp, Facebook Messenger, etc.). So does every other website and app you ever signed up for or believe that you use free of charge. Unless you have gone to great lengths to prevent it, Google has stored and analyzed almost every keystroke you’ve ever pressed and smartphone or connected touchscreen you’ve ever tapped while logged into one of its services.

That’s a lot of data, but hold on. Under current laws and regulations, if a wireless data carrier (Verizon, AT&T, Sprint, T-Mobile, or any other 5G provider) wanted to log, store, and analyze your data, it would have access to 100 percent of your interactions with every site, every app, and every device connected to its network and identified as belonging to you.

The ability that 5G providers will have to collect data will make Facebook’s understanding of your digital life look juvenile. Once legislators figure out how much data can be collected over 5G networks and what it could be used for, Mr. Zuckerberg’s congressional hearings will seem like a walk in the park on a sunny day.

4. The Government Is Thinking about Building a 5G Network

Earlier this year, a leaked internal White House memo outlined plans for a centralized, nationwide 5G network to be rolled out within 3 years. It’s unclear how this would work or who would pay for it. But it’s a possible future worth thinking about (for a second or two).

5. Super-Low Latency (That’s a Technical Term, but Don’t Be Scared – Read This Part Too)

Shifting from 4G to 5G will yield super-low latency. That means there will be significantly less friction between you and the content you’re trying to access. 4G networks have a delay of about 70ms; 5G aims to deliver data with less than 1ms of delay. For applications that require real-time control (such as remote-control drones), this represents a paradigm shift.

Improving self-driving cars is only the start. When 5G technology becomes standard, its possibilities will be limited only by our imaginations. It will open doors to revolutionary smart cities and connected devices the likes of which we’ve seen only in science-fiction movies.

Rolling Out Now, Sort Of

While 5G isn’t expected to be widely available until 2020, Verizon, T-Mobile, and AT&T have all announced plans to begin rolling out 5G networks later this year, and Sprint has plans to follow sometime in the first half of 2019. Expect these networks to be found in major cities first (for specifics, check the carrier links earlier in this paragraph) before spreading to more rural areas.

According to VB, Nokia and T-Mobile say that they successfully completed 600MHz testing using standards-compliant 5G in Spokane, Washington and expect that the service will provide superior 5G building penetration, access to rural areas, and support for internet of things devices. The carrier has already installed 600MHz hardware in 37 states and Puerto Rico, covering over 1,500 cities and towns, where it’s debuting as “Extended Range LTE.” In other words, not real 5G.

As for 5G consumer tech, the first 5G smartphones have started rolling out (Moto5g). Companies like Qualcomm and Samsung are working on 5G modems and routers. Meanwhile, companies like Nokia and Ericsson are working on 5G platforms for mobile carriers. Ericsson has been testing 5G since 2015 and rolled out the first 5G radio system earlier this year. I’m truly looking forward to the awesome opportunities and the challenges of a high-speed connected 5G world. Right now, it’s time to get your 5G strategy together.

PreviousSmart Home: Is the Time Right? NextCyber Safety: Is That Deal Too Good To Be True?