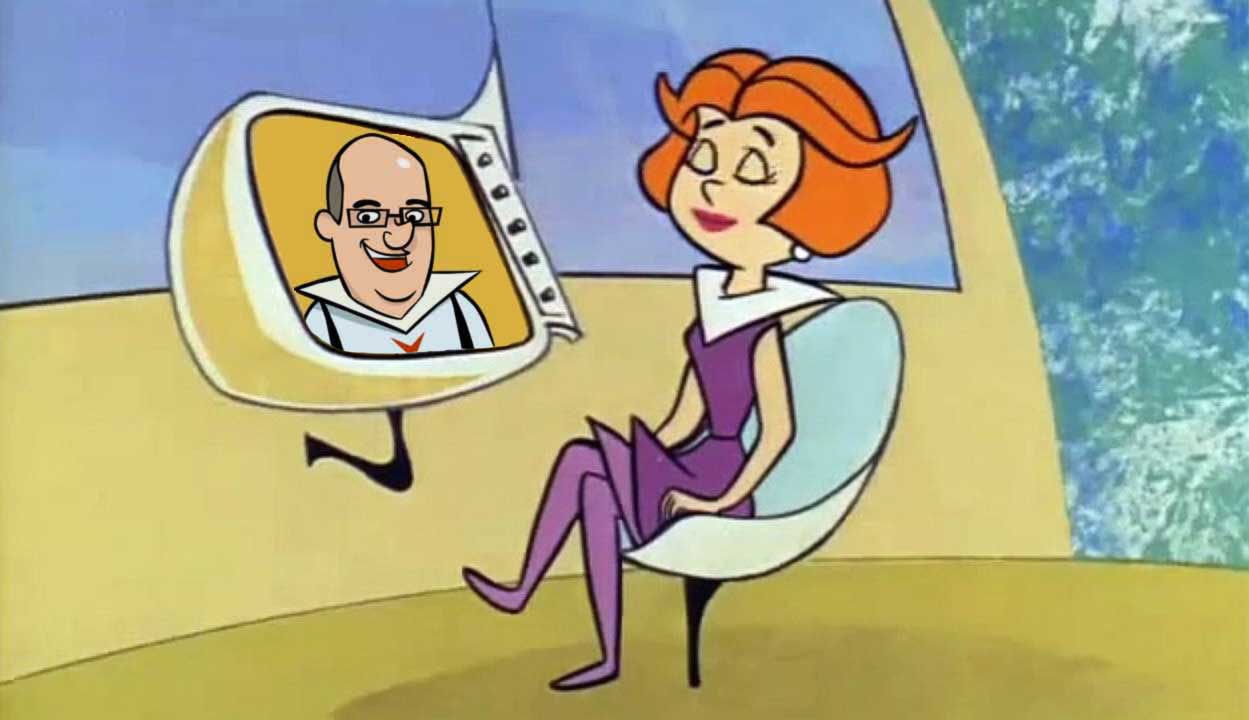 Since we first met the Jetsons on September 23, 1962, the idea of a smart home has enthralled us. In the 56 years since the show’s premiere, technology has advanced in ways Hanna-Barbera could never have dreamed of, yet we’re no closer to a world where Rosie the Robot is real. What gives?

The History of the Smart Home

In 1966, Jim Sutherland, an engineer at Westinghouse, built the ECHO IV from four large (6’ x 2’ x 6’) cabinets (that weighed about 800 pounds) and spare computer parts that Sutherland got permission to take from work. The machine, built in less than a year, could draft shopping lists, control the home’s temperature, and turn appliances on and off. It was never commercially sold.

At the turn of the 21st century, the dream of owning a Jetsons-esque house became more realistic. Consumer-grade smart home technology became more available and with the advent of Wi-Fi, the groundwork was laid for these devices to communicate with one another. Simultaneously, devices like the Roomba (invented in 2002) began to automate mundane household tasks.

Technology improved rapidly, but there was a problem: while all kinds of companies had visions of becoming the center of your smart home ecosystem, their visions did not include any of their competitors. Each ecosystem was unique and incompatible with devices from other companies. That meant that if you bought into one ecosystem, you were locked into it.

Where Are We Today?

To this day, Apple has no interest in making iOS compatible with Google’s Android platform, and Sony is no closer to having its televisions communicate with Samsung appliances or LG air conditioners now than it has been in the past. But the incredible adoption of Amazon’s Echo and Alexa Voice Services (AVS) has literally changed the smart home world. A couple of years ago, there were about 1,100 Alexa Skills (apps for Amazon’s Echo devices) on display at CES. Last year, practically every consumer electronics device was touting its compatibility with both AVS and Google Assistant. Today, the concepts of compatibility and interoperability have taken their rightful places in the consumer value propositions of most smart home products.

Awesome! But Is It Time to Get Started?

I’ve been to far too many homes with a smart home ecosystem built around a device designed with planned obsolescence: homes controlled by a first-generation iPad (nearly nine years old!) that’s built into a wall, as well as homes where all automation runs through antiquated PC’s. It would be funny, if it weren’t so sad.

Home media servers are also a heavy lift. You’ve seen high-end media rooms with multi-DVD players, and as unfortunate as that is, even Blu-ray is rendered moot by 4k streaming services.

The Time Is Now

It’s a relatively safe bet that technology like smart plugs and smart bulbs are here to stay, at least for the next handful of years. The same is true with home security. If you get the right number of Dropcams, doorbell cameras, and motion sensors, along with a good video storage and monitoring service, it’s pretty safe to say you’ll get your money’s worth. And if smart appliances or door locks or window shades excite you, go for it.

When it comes to the smart home, the key to preventing buyer’s remorse is in identifying paths to the future that make sense. The time to jump in is when you’re ready to jump in. Otherwise you’ll always be waiting for the “new thing” to come out.

A Glimpse into the Future at CES 2019

At CES, we’re going to see all kinds of different and exciting paths to the future. It’s the perfect place to learn about what’s new and what’s next and make educated guesses about the future. If you’re looking to maximize your time at the show, let us know. We can help.