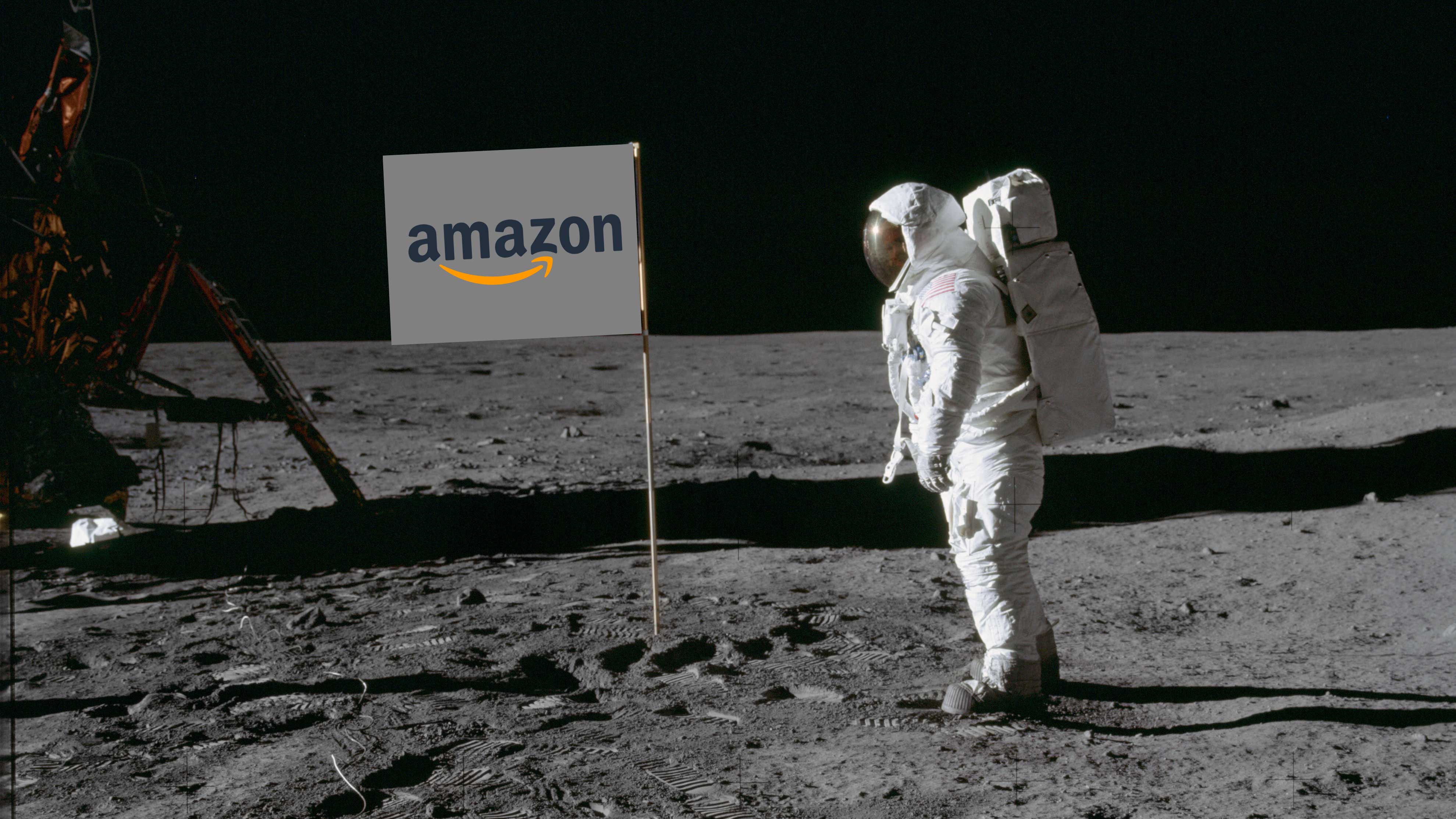 On July 20, 1969, Neil Armstrong took “one small step for man, one giant leap for mankind,” becoming the first human being to walk on the moon. NASA reported to Congress that the Apollo program cost $25.4 billion ($176 billion in 2019 dollars). At the time, there were only two entities with the resources to accomplish a mission of this scale: America and its cold war rival, the Soviet Union. America won.

Through the lens of history, the Apollo program had less to do with our innate curiosity, our need to explore, or our quest for knowledge than it had to do with proving to the Soviets that America had “space superiority” and could efficiently deliver weapons of mass destruction at will.

As the cold war drew to a close, NASA did its best to convince our military-industrial complex that we needed to continue to explore “the final frontier.” It has been an uphill battle, and today, NASA’s budget is a fraction of what most scientists believe it should be.

Getting Back to the Moon and Beyond

Following the Apollo lunar program, NASA’s Constellation Program was created to develop a launch system to handle both lunar and interplanetary missions. Following technical problems and often changing requirements, the program’s cost ballooned to $100 billion, and it was canceled under the Obama administration due to a lack of progress and an expensive price tag.

NASA followed up its Constellation Program with the Space Launch System (SLS), which is geared toward interplanetary travel and has an estimated price tag between $18 billion and $35 billion.

The Race to Colonize Space

NASA believes it can get back into space for under $35 billion. That is a big number, considering the Federal Reserve says that median net worth of U.S. families is $97,300. But there are at least 60 people in the world who could either write a check for $35 billion or raise or lever their assets to cover $35 billion. To say nothing of the other countries and corporations that could easily get in the game.

While India has set its sights on becoming the fourth country to land a man on the moon, others have the same dream – or are dreaming even bigger. Earlier this year, Richard Branson said Virgin Galactic would take its first trip to outer space this year.

Elon Musk says he can put a man on Mars in four years. While Jeff Bezos isn’t as optimistic about the timeline, he also has his eyes set on outer space.

Who Will Get There First?

We know the players. We don’t know who will get to Mars first. When Neil Armstrong and Buzz Aldrin got to the moon, they planted an American flag and left a plaque that said:

Here men from the planet Earth first set foot upon the Moon July 1969, A.D.
WE CAME IN PEACE FOR ALL MANKIND.

Will the first group to get to Mars come in peace for all mankind? If a privately funded mission gets there first, they will be under no obligation to do so. They could dub Mars Planet Bezos or Planet Musk or Planet Branson. (When you’re the first person to go somewhere, there’s a history of letting you name it. Just ask Amerigo Vespucci.) Any one of these organizations may get to Mars before NASA does.

Mars Will Need to Self-Govern

Traveling as fast as technology currently allows, a trip to Mars will take around seven months. This number will get shorter as technology improves. But it’s never going to be “fast.” Said differently, depending on the relative positions of the planets, Mars is so far away it takes radio waves (traveling at the speed of light) anywhere from 4 to 24 minutes to get there, and the same amount of time to get back. “Hello.” Twenty-four minutes later a person on Mars hears you and responds, “Hello back!” Twenty-four minutes later you hear that person.

In practice, no one on Earth is going to control anything on Mars in anything close to real time. People and things on Mars will have to think for themselves.

Just for fun, let’s say Jeff Bezos wins the battle for Mars. The ultimate ruler of Planet Bezos will become the ruler of a place that is exceptionally hostile to human life.

At first, the Planet Bezos team will probably establish human habitats that are naturally shielded from the cosmic radiation bombarding the planet’s surface. Some scientists suggest the planet’s lava tubes would make a good shelter. Some suggest building human-friendly biospheres on the surface. But these solutions will be hard to sustain in the long term.

In order to make the planet inhabitable by humans, Planet Bezos will need to be terraformed (Mars will need to be turned into an Earth-like ecosystem). If this “planetary ecosynthesis” is even possible, the time it will take to do it has been estimated at a brisk 900 years up to 100,000 years. As terraforming gets underway, Bezos’s team of scientists will debate whether it’s possible to bring plant life to the red planet (or if you even should), and that’s when governance or ownership of Mars is going to get interesting.

At the moment, most Mars enthusiasts (including Elon Musk, Jeff Bezos, Richard Branson, and a number of cosmologists and astrophysicists including Neil deGrasse Tyson) don’t think there is a business mining or manufacturing anything on Mars with an eye toward transporting it back to Earth. Transportation costs would quickly overwhelm any possible profits from any known raw materials. That said, many people believe that the IP created by the journey would be exportable and profitable for the nascent space colony. The general consensus is that Mars is like a very expensive second home: you just keep writing checks and try to enjoy it for the limited time you get to use it.

The Planetary Protection of Mars

There are many people (myself included) who believe Mars needs to be protected until we have definitively ruled out indigenous microbial Martian life. We could, for example, colonize the moons of Mars and send sterile robotic probes to the surface until we are sure of our science. This abundance of caution may seem extreme (considering the costs of going to Mars in the first place). But if there is indigenous Martian life, it will be the biggest discovery in human history, especially if it is based on different biochemistry. How would such a discovery change the way humanity views itself? I get giddy just thinking about it.

This Is Not Science Fiction

One of the truly greatest things about living in our time is the fact that this writing is not even close to science fiction. Getting to Planet Bezos, Planet Musk, Planet Branson, or Planet New America is just a capital allocation, a few trillion cpu-cycles, and a few million human-hours of work away. And the race is on!