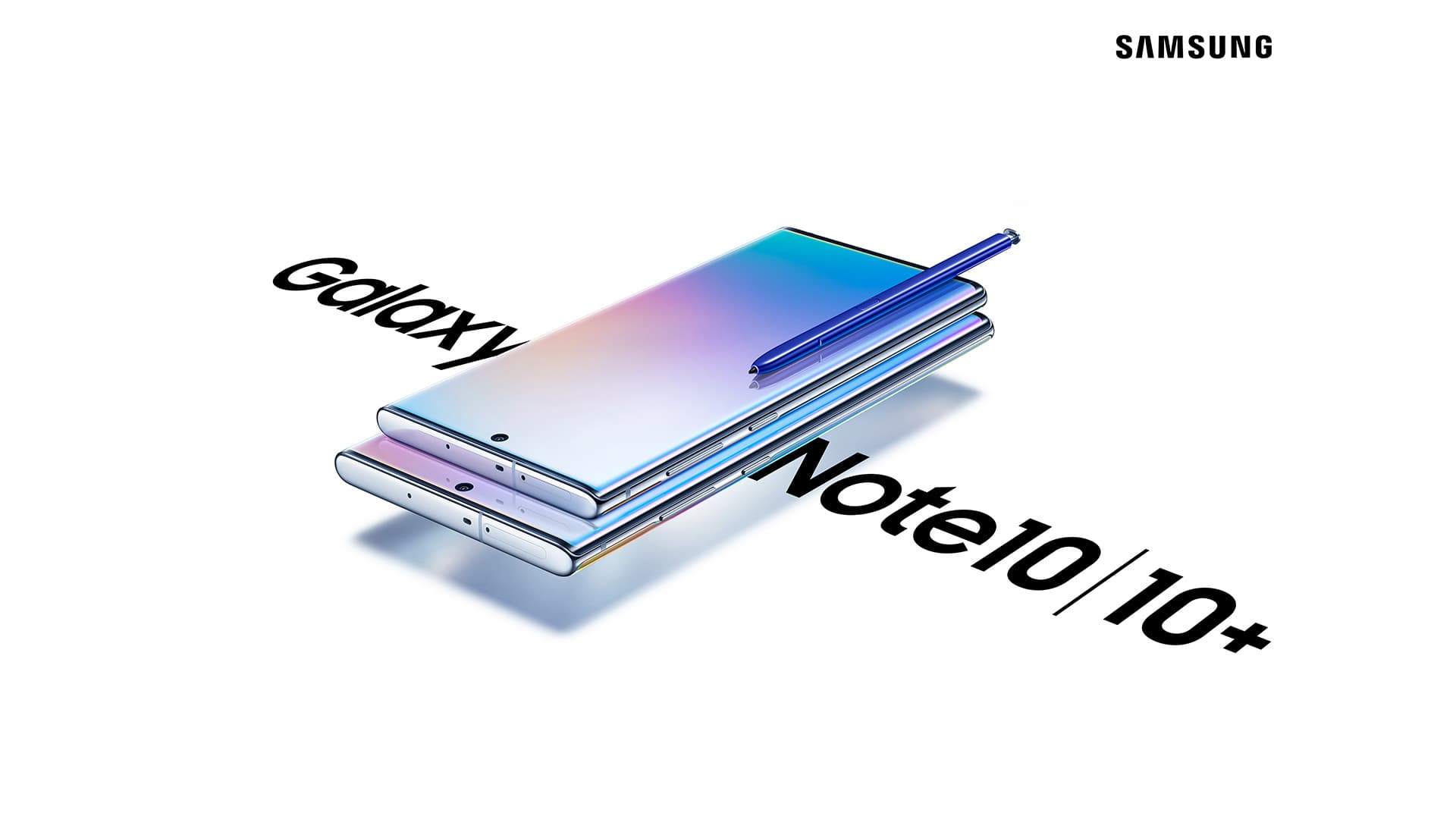 Samsung just announced the Galaxy Note10 and Note10+, available for pre-order at 12:01amET on August 8 and hitting stores on August 23. I got my hands on them earlier this week, and they are… awesome!! Here’s everything you need to know about Samsung’s newest phones.

Samsung crafted every element of the Note10 to be “sleek, slim, and distraction-free,” and is targeting “next-gen achievers” and those with flexible work schedules (a number Samsung pegs at about 105 million people in the U.S.).

The bad news up front: at long last, Samsung has axed headphone jack. You had a good run, buddy, but now you’re officially the way of the dodo.

The screen on both devices is beautiful. Both phones have a nearly bezel-less Cinematic Infinity Display. The front-facing camera is in-display (and centered for design balance and aesthetics). Both screens feature Dynamic AMOLED with HDR10+ certification and Dynamic Tone Mapping.

Samsung redesigned the S-Pen (now with beveled edges) to make it an even more useful handwriting tool. Handwriting-to-text conversion (supporting 62 languages, including English) makes life after meetings way easier, and you quickly can format, share, or export your notes (to Word, PDF, plain text, or an image) in just a few taps.

The S-Pen also offers quick controls for zooming, editing, and taking pictures. “Air” actions are a new gesture language to offer more control in apps and games. This was one of my favorite things to try in person!

The Note10 is still DeX compatible and uses a standard USB. (An HDMI cable is not required.) You can seamlessly drag and drop files between your phone and Mac or PC. You can also enable “Link to Windows” via Quick Panel to connect to your Windows 10 PC with a single click to see notifications, send/receive messages, review photos, and more. Even better: there’s no software to install.

Samsung improved the Note’s camera once again. “Live Focus Video” offers depth-of-field adjustments (to easily blur a background and keep focus on your subject), while the “Zoom-In Mic” helps isolate the sound you care about, while minimizing background disruptions. Can’t seem to capture still video? “Super Steady” can stabilize your footage — and can now be used in Hyperlapse mode.

After you capture your video, Samsung is making it easy for you to edit your video right on your device with native video editing, aided by the S Pen. If you want more power and control, Adobe Rush3 (optimized for the Note) offers a deep suite of editing tools.

Gamers and vloggers, take note: the Note10 now features a Screen Recorder feature so that you can capture what’s on your screen, add reactions, and annotate with the S Pen. Creators can flex their creative muscles via AR Doodle, where the S Pen lets you personalized photos, as well as with 3D Scanner, which uses the phone’s DepthVision camera to scan an object and create an instant 3D rendering of it. It’s super cool. 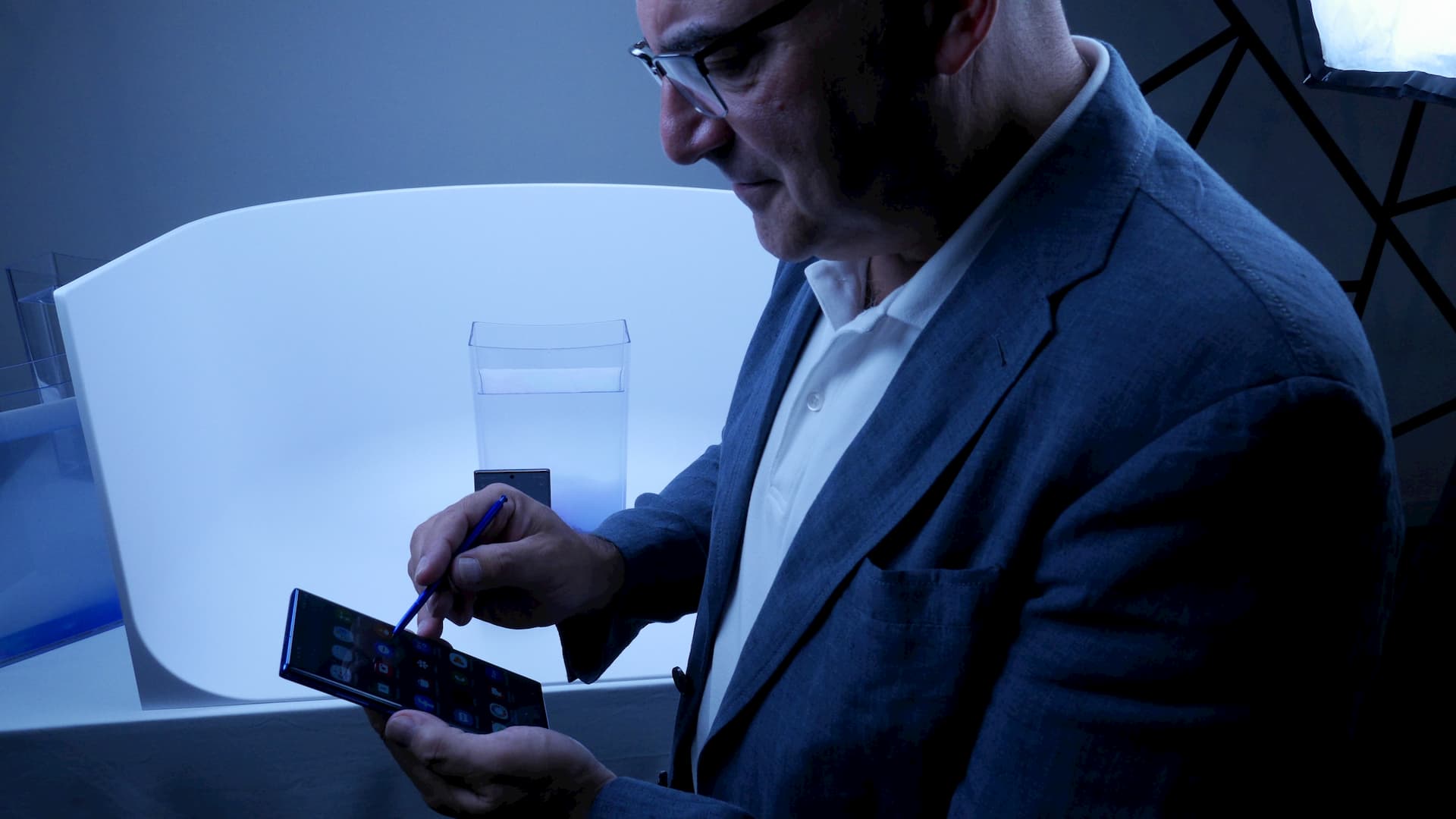 Sixty percent of smartphone owners play games on their phone, and Samsung wanted to cater to this crowd. The Note10 features the world’s slimmest vapor chamber cooling system, which keeps your device cool while giving it the power it needs to deliver high-end graphics.

An AI-based “Game Booster” monitors what you’re playing and tweaks your device for optimal performance and battery life. You’ll still eat through your phone’s battery if you game for a while, but you’ll likely get more playtime on the Note10 than most other phones.

Tired of having your smartphone die on you? A 30-minute charge will power the Galaxy Note10+ all day (as long as you use the 45W charger, sold separately). You can also get up to 100 percent battery in under an hour. The Note10 once again features Wireless PowerShare, meaning you can wirelessly charge any QI-enabled device via your phone.

You can pre-order the Note10 starting Thursday, August 8 at 12:01amET.

The Galaxy Note10+ will be available in Aura Blue (at Best Buy and Samsung.com), as well as in Aura Glow, White, and Black.

There’s a 5G option available through Verizon Wireless for a limited time on August 23. AT&T, Sprint, and T-Mobile will launch at a later date.