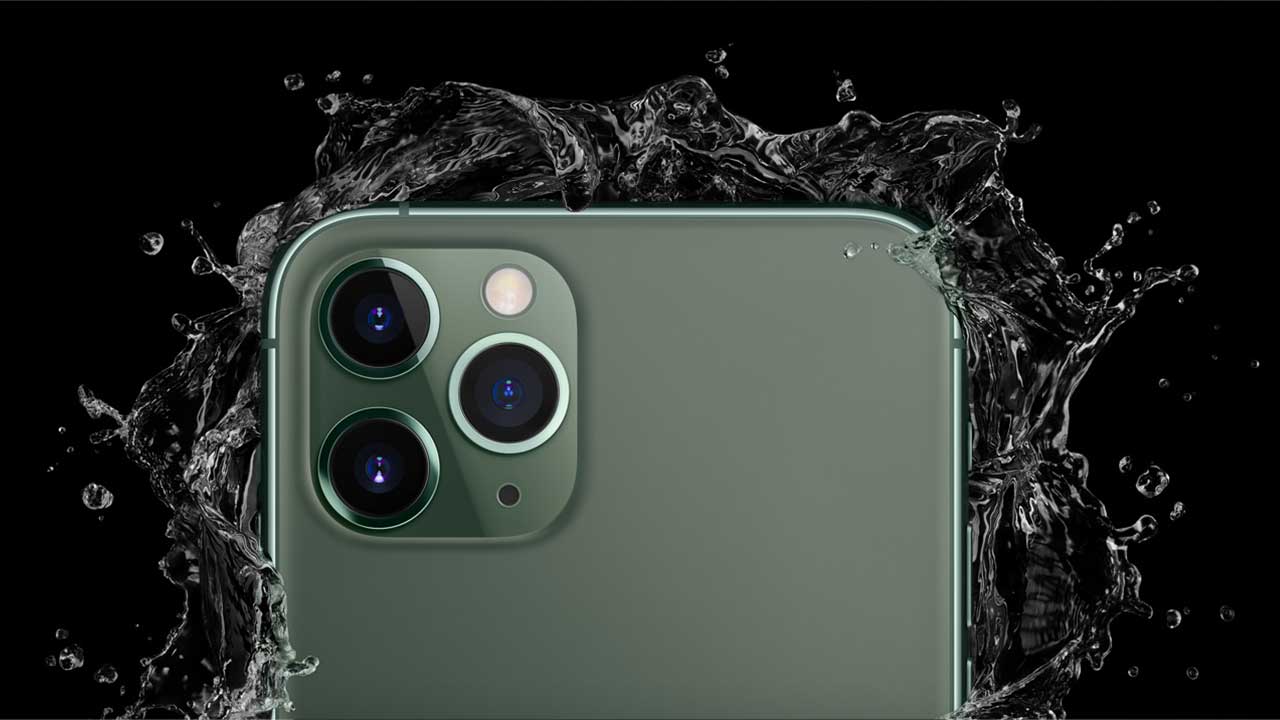 Both of these phones are powered by the new A13 Bionic chip, with is the most powerful CPU and GPU smartphone processor on the market.

The best new features are all camera-based. The iPhone 11 Pros have a new triple camera system, including an ultra-wide lens that allows for a 0.5x zoom with an f/2.4 aperture and a 120-degree field of view. The front-facing (12MP) camera also comes with a wide-angle lens, and you can rotate to landscape to get even more people into that perfect selfie.

There’s a new Night mode, which is long overdue, as it finally brings Apple up to the rest of the top-tier smartphone pack. Also, Portrait Mode now officially works on pets, and “slofies” — slow-motion selfies — are a thing now.

Another neat feature is Quick Take: holding down the shutter button when taking a photo no longer does a burst photo. Instead, it captures video. Speaking of video, both phones can shoot 4K video in 60fps, and a new version of the Filmic Pro app will help you capture and coordinate footage and angles from multiple iPhones at once. It looked awesome!

Both phones will be available in midnight green, space gray, silver, or a “new” gold, and both are available for pre-order this Friday, September 13. (Big news for East Coast peeps: pre-orders open at 8amEDT on Friday, not 3amEDT. That means sleep! Glorious sleep!)

If you’re not looking to drop $1,000 on a new iPhone, the new iPhone 11 (replacing the iPhone XR) may be Apple’s best smartphone value. The iPhone 11 has a 6.1″ Retina display and the same ultra-wide zoom lens as the iPhone 11 Pro models. The iPhone 11 starts at $699 and is available in purple, white, green, yellow, black, and (RED).

Apple also showed off a new iPad running iPadOS and positioned it as a PC replacement by highlighting its multitasking capabilities and its big and beautiful (10.2”) screen. It also has support for the Apple Pencil and a full-size keyboard, and weighs just ~1 pound. It starts at $329 (or $299 with an education discount). It’s available to pre-order today, and it’ll ship at the end of the month.

After showing a genuinely touching Apple Watch video (starring many customers who had their lives saved by the watch’s health features), Apple took the wraps off of the Apple Watch Series 5, and announced three new health research programs (Hearing, Women’s Health, and Heart & Movement) it’s spearheading.

The Series 3 got a serious (official) price cut, now starting at $199. The Series 4 has been discontinued. (If you’re on the lookout for a bargain, retailers will likely unload remaining stock of the Series 4 before the launch of the Series 5.)

The biggest new feature in the Series 5 is the always-on Retina display with an all-day (“18 hour”) battery life. Raising your wrist will return the display to full brightness. The watch also includes a compass that can display your heading, longitude, latitude, and more.

The Series 5 hits stores on September 20:

Perhaps the biggest surprise of the day is that Apple TV+ will cost $4.99/month (and that’s for a family subscription) when it launches in more than 100 countries on November 1. Apple said it will continue to add original programming each month.

A nice bonus: if you buy an iPhone, iPad, Apple TV, iPod Touch or Mac, you’ll get a year of Apple TV+ for free. Not a bad way to sample the wares without having to choose between Apple and Disney and Netflix and HBO and Hulu… sorry, I drifted off there for a second.

Apple’s most bizarre decision of the day was also its first: it kicked off the event with Apple Arcade. Launching on September 19 in more than 150 countries for $4.99, Apple sais that “no other game service has ever launched as many games at once.”

The question: How many will be killer apps? Apple showed off three games (including a new Frogger, if you can believe it). They all looked fine, but is anyone going to fork over even $5 per month without a “must play” game on the service?