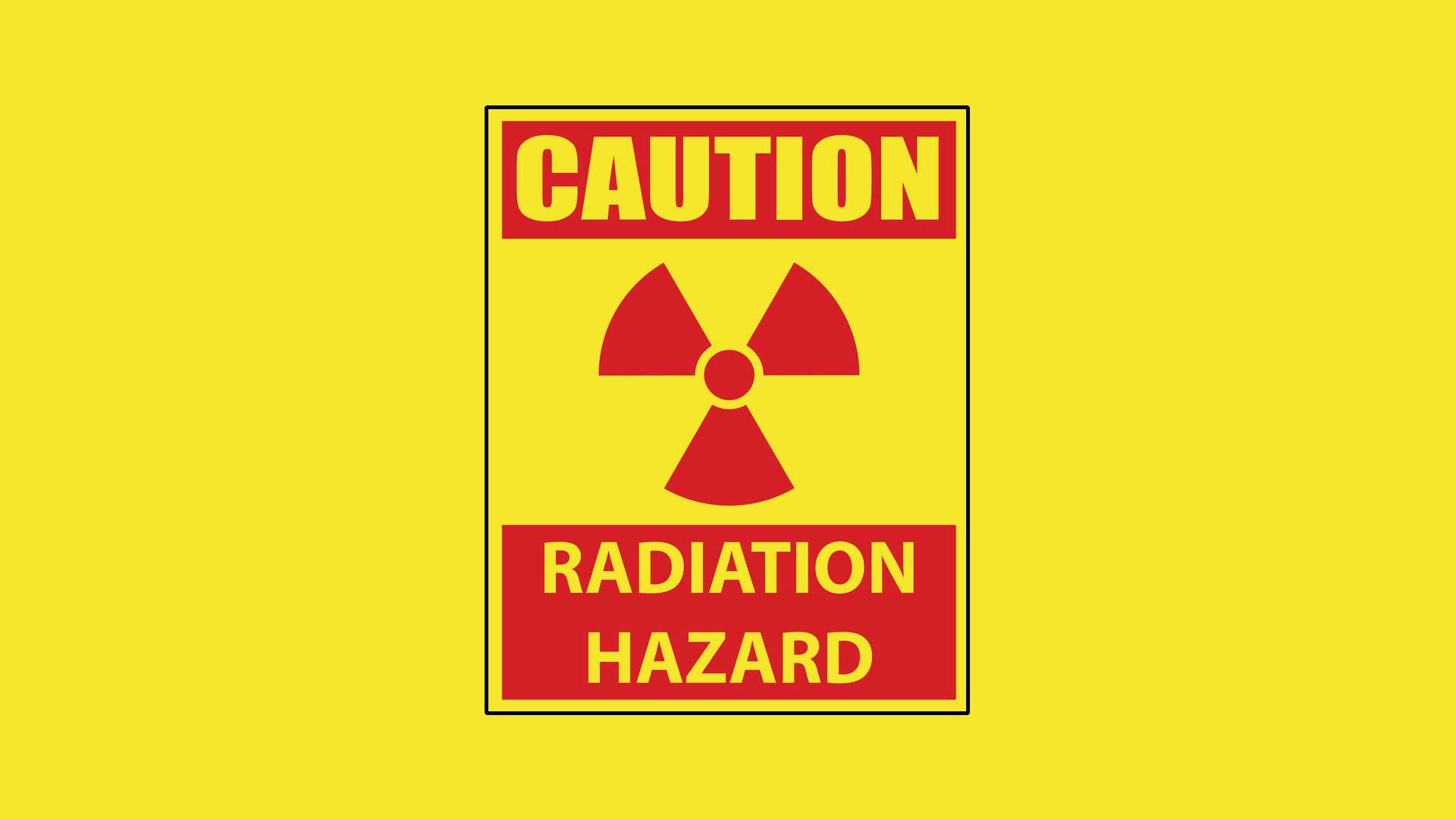 Does 5G cause cancer? No. No one knows what causes cancer. There are scientific theories, some with extraordinary supporting evidence, that clearly identify carcinogens (details below). But when I asked Dr. Michael La Quaglia, my granddaughter’s cancer surgeon, how a 2½-year-old gets pancreatoblastoma, he looked me straight in the eye and said, “If we knew, we could prevent it. All I can do is try to remove it. And, with God’s help, I will be successful.” Those words ring in my ears to this day. So, it is with a great deal of humility, personal experience and a strong belief in the scientific method that I submit to you a reasoned rebuttal to the meme that “5G causes cancer.”

First and foremost, when researchers determine that something is a carcinogen (a substance, mixture, or exposure circumstance that promotes the formation of cancer), they provide clear, specific protocols to avoid it. So far, the only things related to 5G that have been classified as a carcinogen are cellphones. In 2011, the World Health Organization (WHO) put cellphones on its list of “Class 2B carcinogens.” Other Class 2B carcinogens include pickles, aloe vera leaf extract, and being a firefighter. The warning about cellphones from the WHO is best paraphrased as “Don’t use your cellphone as a pillow,” or the crasser “Don’t sleep with your cellphone.” That said, cancer is serious business, and this topic is more than worthy of exploration.

History of the Idea

There have been people claiming that electromagnetic radiation causes cancer from the advent of 2G cellular networks. This is not new. In 2000 Florida’s Broward County Public School system asked a consultant, Bill Curry, to study the impact microwave radiation might have on school children. Mr. Curry concluded that the technology was “likely to be a serious health hazard.” As evidence, he referenced a graph labeled “Microwave Absorption in Brain Tissue (Grey Matter).” The graph has become a popular meme. (See below.) 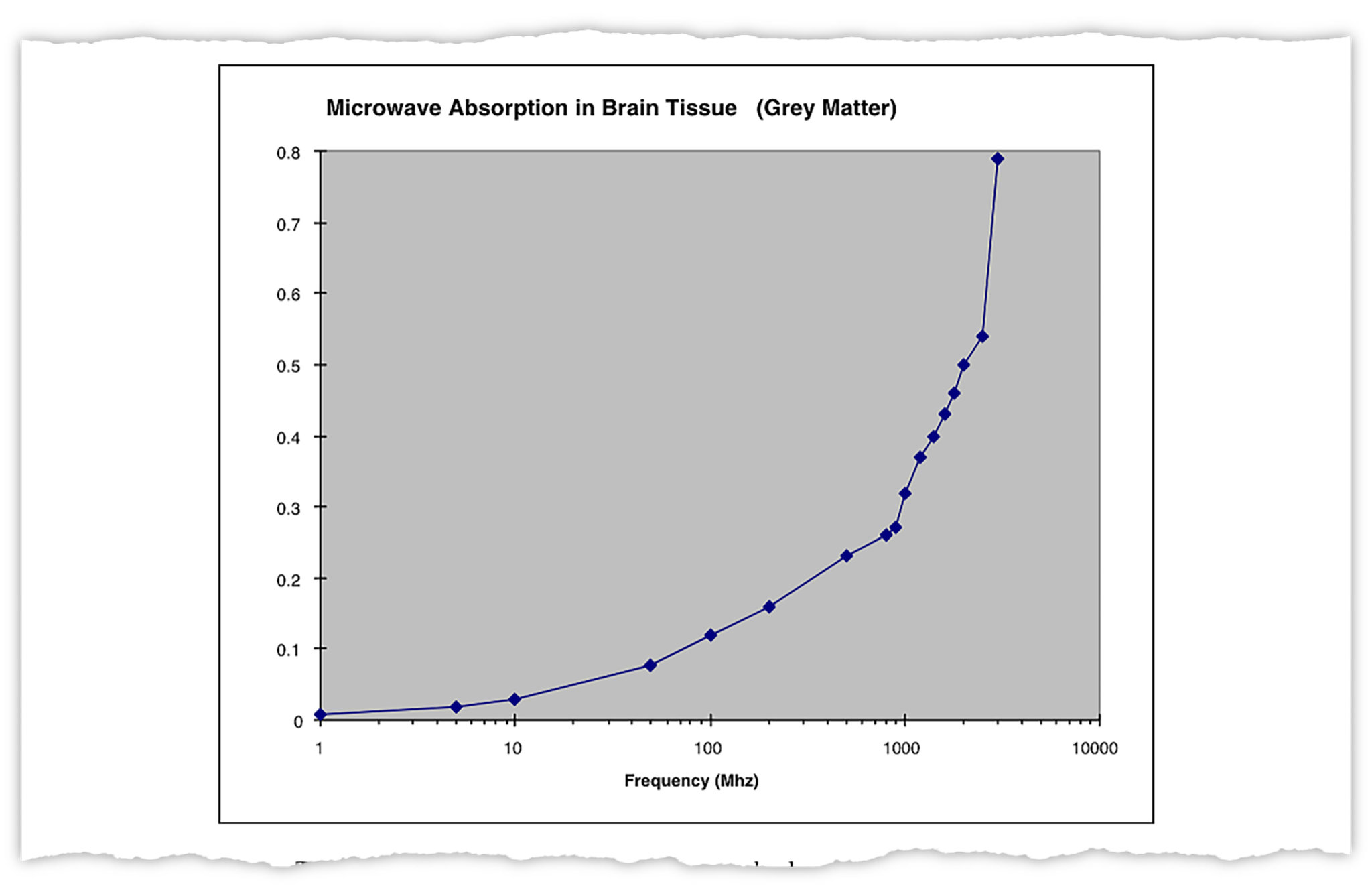 His report, methodology, and conclusions have been called into question by so many scientists it would be impossible to name them all. However, Christopher Collins, PhD, professor of radiology at NYU, sums up the criticisms of Curry’s report concisely: Curry’s work failed to take “the shielding effect” of the human body into account. Dr. Kalil Abdullah, brain tumor neurosurgeon at UT Southwestern Medical Center in Dallas, agrees. There simply is no credible scientific evidence linking any cellular network (2G, 3G, 4G, 5G or anyG) to increases in brain tumors or other types of cancer. (Here’s a link to a video posted by mobile consultant Chetan Sharma featuring Dr. Abdullah speaking on the subject. It’s short and to the point.)

There are many known carcinogens. Some carcinogens, such as inhaled asbestos, certain dioxins, and tobacco smoke, have nothing to do with radioactivity. Everyone knows the danger associated with inhaled asbestos, and anyone who has renovated an old structure knows what it costs (and the lengths to which one must go) to remove the cancer threat. Similarly, cigarettes (the main delivery vehicle for tobacco smoke) have carried a health risk warning from the Surgeon General of the United States for years.

Some electromagnetic waves are carcinogenic, such as the ultraviolet, x-ray, and gamma ray parts of the electromagnetic spectrum. Should you avoid extreme exposure to ultraviolet (UV) radiation? Yes. There is known correlation between exposure to UV and certain types of skin cancer. This is why you are told to wear SPF 50 sunblock and avoid extreme exposure to direct sunlight. It is why there is a significant industry based on the thesis that humans need to be protected from UV radiation.

But, unlike exposure to high levels of ionizing radioactive material (such as the materials used in nuclear reactors) which deterministically cause radiation sickness and may lead to death, when one analyzes the effects of exposure to low-levels of non-ionizing radiation (which we will define more clearly in a moment), one finds that cancer is a stochastic effect. In other words, the radiation we are going to discuss in this article only has a probability of correlation with the occurrence of cancer, which is a major reason (among others, including small sample size, inconsistent exposure rates and controls, and short duration) peer-reviewed scientific studies have so far been inconclusive.

Non-ionizing radiation has enough energy to move atoms in a molecule around or cause them to vibrate, but not enough to remove electrons from atoms. Examples of this kind of radiation are radio waves, visible light and microwaves. 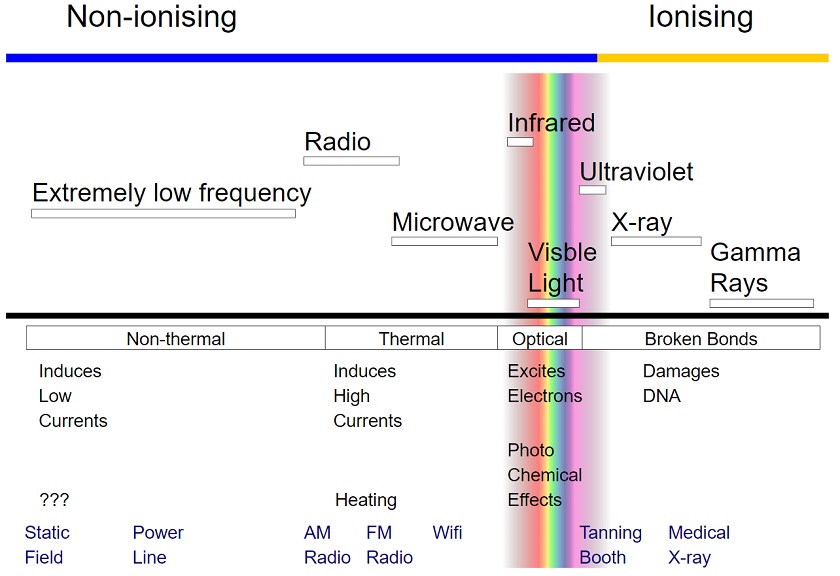 In 2016, U.S. National Toxicology Program (NTP) published “Report of Partial Findings from the National Toxicology Program Carcinogenesis Studies of Cell Phone Radiofrequency Radiation in Hsd: Sprague Dawley® SD rats (Whole Body Exposures).” It’s not exactly light reading, but basically the report details a study where mice and rats were exposed to extreme levels of radiation in the frequency range of cellphones. After two years of “whole body exposure,” there were an elevated number of mice afflicted with heart tumors in the exposed group. This study has been highly criticized. Google it. You won’t believe the number of articles about articles about articles.

How These Studies Relate to the Rollout of 5G

There are some people who believe (and argue) that because the density of 5G network towers will be greater than that of previous wireless networks and because 5G networks will include wavelengths of higher frequencies than those of previous wireless networks, the risks suggested by NTP, Ramazzini, and other studies will be elevated. A few very competent scientists and health professionals have been quite vocal on the subject.

That said, most of the doctors, radiologists, and physicists I’ve spoken to about this roll their eyes and wonder why tanning salons are not banned worldwide. Remember UV? That’s the type of electromagnetic radiation that makes humans tan. And extreme levels of UV (like those you receive in a tanning bed) are much more powerful than anything a 5G tower or device could expose you to.

There are many things in the world that you should care deeply about and pay close attention to. I won’t give you my list, but I will tell you that fear of cancer from 5G networks and devices is not on it.

Don’t put yourself in an environment where you are exposed to high levels of any type of radiation. Where might that be? Such places are so rare, they are generally marked with big yellow signs that say, “Warning – Radiation Area.” That is not a warning I expect to ever see on a 5G device or network tower.

Author’s note: This is not a sponsored post. I am the author of this article and it expresses my own opinions. I am not, nor is my company, receiving compensation for it. This article was originally published on Feb 17, 2019. It was updated on November 10, 2019.