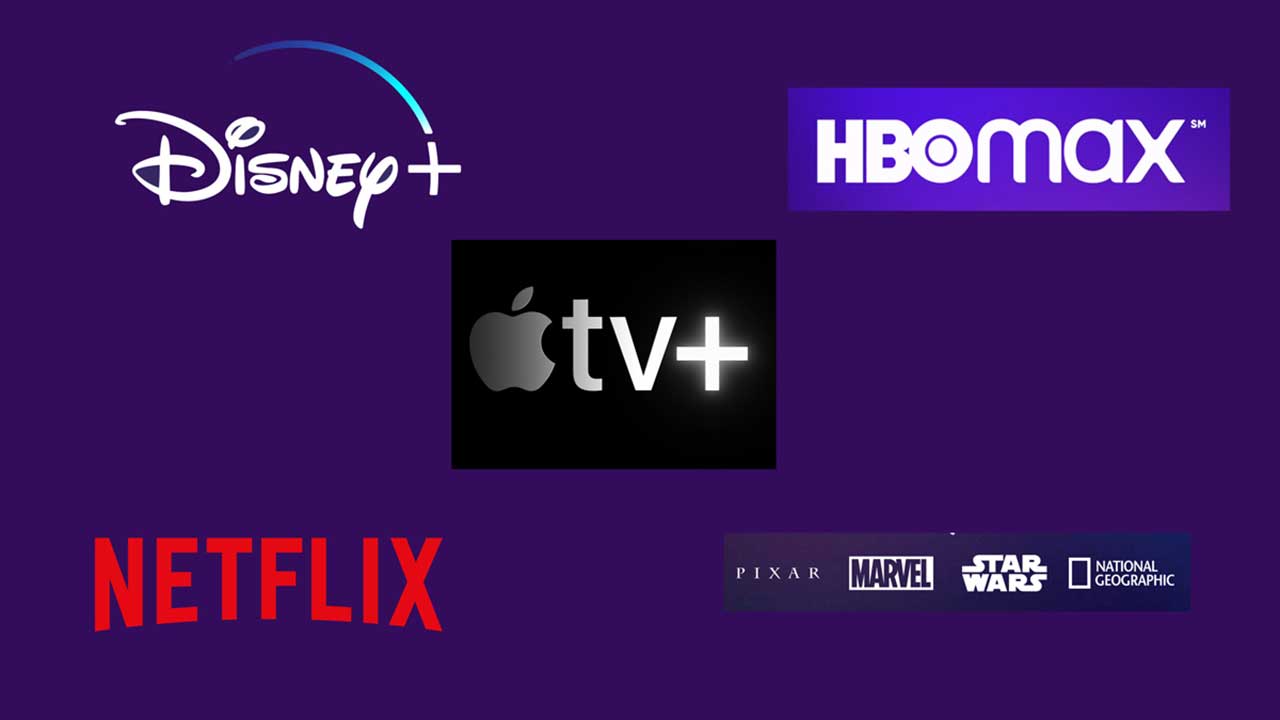 You want to cut the cord. You want to take advantage of this brave new video world. You are excited about all the new shows. Just how many video streaming services do you need to pay for? What is on each? Which is best for you? How do you make sense of the streaming universe? Once you get over Streaming Sticker Shock, you’ll want to develop your streaming service strategy, and here’s how to think about it.

If you’ve got a robust high-speed Internet connection and you have decided to unsubscribe from your traditional cable television bundle (cut the cord), the first thing you’ll need to do is decide whether or not you are interested in live local programming (generally whether or not the news on your local television stations is important to you). If it is, there are two ways to get a signal: a digital television antenna (yep, when they work, they work great), or through a live TV provider.

If you’re going streaming-only (aka cord-cutting) but still want to watch live TV, as of this writing, the major players are:

Looking for a cloud DVR? YouTube TV is a winner. Want to save a few bucks? Philo and Sling TV are the low-cost providers. Want to bundle in HBO? AT&T TV Now is the right service. Looking for a massive streaming library? Hulu + Live TV is for you. Want a centralized and slick dashboard for your TV and home media library? Plex is the service for you.

It’s important to determine your “must have” networks and shows. Can’t live without The Walking Dead or the rest of the AMC lineup? YouTube TV has it, but Hulu + Live TV doesn’t. Make a list of the channels you can’t live without, and then see which service has the fewest empty spaces. The same is true of your local stations (NBC, ABC, CBS, Fox, and CW). They are on most of these services, but not all of them. Make your list and check it twice.

Here is a Google Sheet that includes channel lineups from the major services.

Other factors are how many simultaneous streams you need (which may require you to bump up a tier), how many shows you want to have available on your cloud DVR, and how pleasant the UX/UI is. The good news: each of these services offers a seven-day free trial, so you can try them all out and see what works for you.

You’ve chosen your live TV provider. Great! What VOD services are you going to complement that service with? If you opted for AT&T TV Now or Hulu + Live TV, you have the added benefit of an HBO or a Hulu subscription, respectively. But what if you want more?

Netflix still has plenty of “back catalog” content, but it is strongly pushing its originals (a strategy designed to differentiate it from the massive number of competitors that are about to appear). You can get Netflix for $8.99/month, but HD (aka “Standard”) costs $12.99/month, and 4K (aka “Premium”) will run you $15.99. All of these levels give you the same content, but the access (both in resolution and in number of simultaneous streams) varies.

To get Hulu on its own (separate from its live TV offering) will cost $5.99/month, or $11.99/month (to go ad-free). Both of these tiers offer access to Hulu originals (like The Handmaid’s Tale), as well new episodic and weekly content (for example, NBC’s The Good Place is available to stream the morning after it airs).

Included within Amazon Prime (free shipping and a whole bunch of other perks) is Prime Video, which combines Amazon Originals (like The Marvelous Ms. Maisel) with shows and movies that Amazon has bought distribution rights for. Prime Video also streams Thursday Night Football games, and has add-on bundles (like Cinemax or Shudder) to let you customize your library even more.

Apple’s new streaming service, Apple TV+, recently launched with 10 original series. It costs $4.99/month (but is available free for a year if you recently purchased select Apple hardware). Apple is the low-cost provider in the space, but it also has the most limited library – so far. That may not be the case for long.

Launching in mid-November, Disney+ combines originals (like a handful of Marvel Cinematic Universe Shows) with Disney’s massive and impressive back catalog (like its animated movies, Pixar movies, Marvel movies, The Simpsons, and more). Disney+ will cost $6.99/month, and you can bundle it with Hulu and ESPN+ subscriptions if desired.

Effectively replacing HBO Now (which still exists), HBO Max will launch in spring 2020 and combine HBO’s original TV content (like Succession and True Detective) with a new slate of originals, as well as some very expensive acquisitions (like Friends, The Big Bang Theory, and Studio Ghibli’s movies). HBO Max is among the most expensive streaming services (at $14.99/month), but it also has one of the more appealing content lineups.

Launching in April 2020, Quibi (short for “quick bites”) will be – you guessed it – short-form content designed specifically for millennials (and, even more specifically, for millennials’ short attention spans). Quibi will cost $4.99 with short ads or $7.99 without them.

This Will Get Worse before It Gets Better

If you’re a media junkie, you are in luck, because there is more great stuff to watch than ever before. If you’re just a normal media consumer who likes to watch a show once in a while, you are now going to be forced to pay attention to technology, content provenance, and à la carte pricing in a way that is guaranteed to annoy you.

The future is clear. One day, a long time from now, a meta-service will emerge that will offer the convenience of a cable television provider using the public Internet as a transport mechanism. Until that day, I’m sorry to say, the world of content is going to be a complete free-for-all. “Good luck. And, good night.”

Are you ready to cut the cord?
Yes - it's time to go broadband only!
55%
No - I need content that is only available on cable.
25%
Other
20%
If you're cutting the cord, do you think you'll save money?
Yes - I'm only going to pay for what I watch.
35%
No - when I add up all the monthly fees, it's more than my cable bill.
24%
I'll spend about the same, but I'll be happier with less content.
16%
I have no idea.
13%
You've got it all wrong -- the only place to get 4K content is via streaming services. I want a premium video experience that matches the quality of my insane 4K flatscreen.
2%
Other
11%