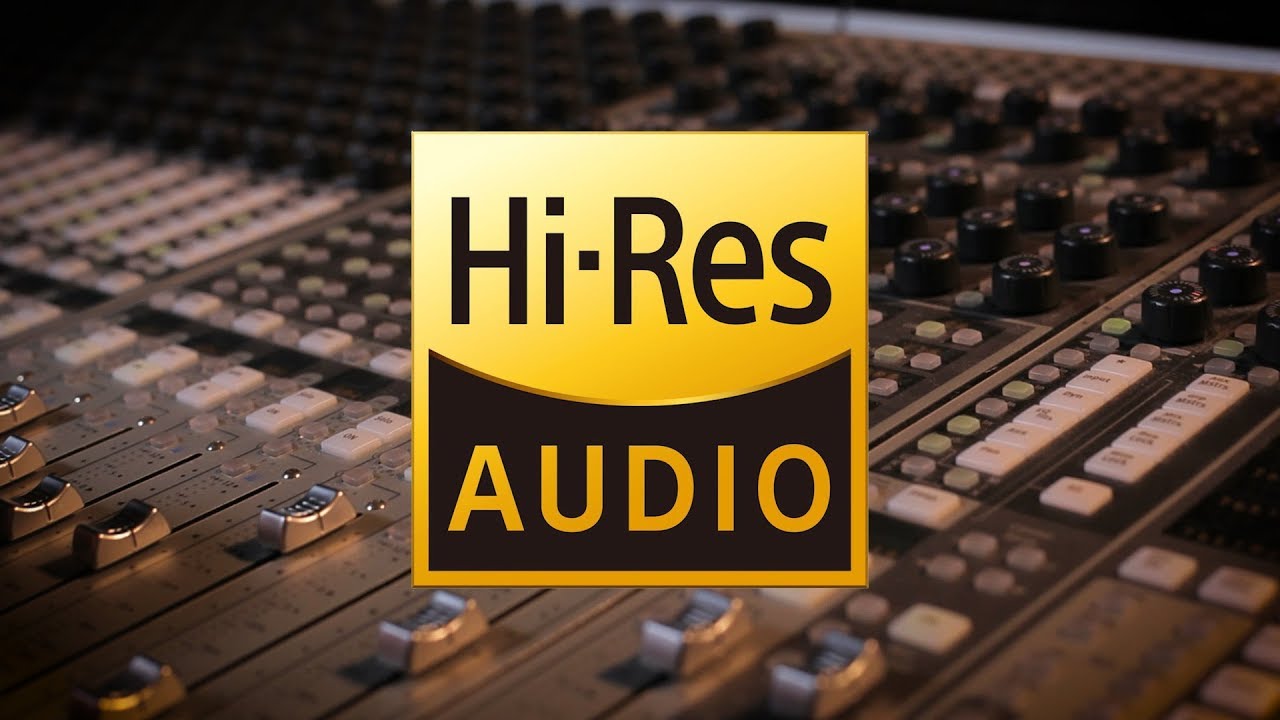 According to the Recording Industry Association of America (RIAA), about 75 percent of the recorded music industry’s revenue comes from streaming. Bandwidth keeps getting cheaper and faster. Hardware and software continue to improve at an exponential pace. Surely there is pent-up demand for high resolution audio (hi-res audio). After all, doesn’t everyone want the “best sounding” audio?

The world of recorded music was irrevocably changed in October 2001 when Apple introduced the iPod. While it is well remembered as a stepping stone to the greatest comeback in American corporate history, the iPod is less well remembered for dealing the final, almost fatal, blow to sonic quality.

At the turn of the century, music lovers were embracing to peer-to-peer music-sharing sites like Napster, Gnutella, and LimeWire (all of whom, including music lovers, were being sued by the RIAA). Apple introduced iTunes with the tag line “Rip. Mix. Burn.”

Buried in the details of this amazing musical revolution was an almost unnoticed bit of collateral damage: the de facto end of high-fidelity audio.

When a sound file was ripped from a CD, the highest-quality commercially available audio format at the time, the file was automatically down-converted to either mp3 or the slightly higher-quality advanced audio coding (AAC) format. Small file sizes meant you could carry thousands of songs in your pocket! The downside was that to get all of those songs to fit on your iPod, the sonic quality you enjoyed listening to on a CD was reduced about 29x.

To an audiophile, CDs already sucked, so you can imagine what anyone with “an ear” thought of mp3 or AAC versions of their favorite recordings. Not to worry; most people are not audiophiles.

For geeks: any track professionally mastered in the modern digital era was probably mastered at a bitrate of 9,216 kbps or higher. Roughly seven times higher than the sonic quality of the commercially released CD which are mastered at 1,411 kpbs using “lossless” compression. By comparison, mp3 and AAC files have audio resolution ranging from 96 kbps to 320 kbps and are created using “lossy” compression.

Earbuds: Final Nail in the Coffin

The iPod came with the iconic white earbuds. The wired version was prominently featured in the equally iconic iBod campaign. As pretty and expensive ($29 if purchased separately) as earbuds were, the transducers (the little speakers in each ear) probably cost Apple 29 cents. I’m pretty sure Apple spent more on the packaging than it did on the hardware. To say that earbuds offered the least emotionally satisfying audio experience possible would be a compliment.

When you combine “lossy” compression with 29-cent earbuds, you get the world of recorded music as mass marketed by Steve Jobs. You also get the death of sonic quality. The funny thing is, nobody noticed.

While This Was Going On, Sonic Quality Was Trying to Matter

As the CD became ubiquitous, a handful of other audio formats (that would all go on to die in relative obscurity) were more concerned with high fidelity: DAD in 1998, SACD in 1999, and DVD-Audio in 2000. Years later, Pure Audio Blu-ray (2009) and High Fidelity Pure Audio (2013) tried similar tactics, but they also failed.

The format to achieve the most notoriety was likely Neil Young’s PonoPlayer. In September 2012, Young went on the Late Show with David Letterman to show off a prototype of the PonoPlayer. In April 2014, the device raked in more than $6.2 million in a Kickstarter campaign, as more than 18,000 backers were eager for a device designed to play HQ audio. The device never truly caught on, and Neil Young announced its demise in April 2017.

Leaving people’s personal abilities to distinguish high sonic quality from low sonic quality out of this conversation, there is a virtually insurmountable issue with mass adoption of hi-res audio: acoustic environment.

You cannot solve an acoustic problem with an electronic solution. In practice, this means that sticking earbuds in your ears (no matter how good the earbuds are) will not allow you to hear the track the way the composer, producer or mastering engineer intended. When recordings are professionally mixed and mastered, the creators generally work in purpose-built control rooms with exceptional speaker systems (not on laptops wearing earbuds).

For geeks: Everyone who has ever mixed professionally has done a mix using headphones, of course. But it is far from the preferred methodology.

If you are trying to create a stereo image, the two speakers should be placed symmetrically at the endpoints on the base of an isosceles triangle and you should be sitting at or very near the apex. Most engineers agree that the optimal base angle for this triangle is approximately 60 degrees. This acoustical environment gives you a three-dimensional sonic canvas to work with. Place the speakers anywhere else, or place them in a room that is not properly constructed for this kind of critical listening, and you may record and mix something, but the results will not be Grammy-worthy stereo.

For geeks: this gets more complicated when you add subwoofers (2.1 systems) and even more complicated when you start working in (or listening to) multichannel formats like 5.1, 5.2, 6.1, 7.1, 7.2, etc. Also, I know near-field monitors have been a thing for 40+ years (it’s my favorite way to mix), it doesn’t change the physics, the technique just lets you get better results in suboptimal control rooms.

The engineer and producer of a multichannel format such as a 5.1 track will almost always create a stereo mix for distribution. In consumer audio terms, it’s the most common listening format. But they don’t do an earbud (or even a high-quality headphone) mix, because of the physical limitations (literally the physics) imposed by putting tiny speakers in your ears.

For geeks: limitations of mixing on headphones include, but are not limited to, problems with stereo imaging, frequency response, and crossfeed (not hearing sound from the right speaker with your left ear and vice versa).

So, how much time and money have you spent on your listening room? Because that’s the only place hi-res audio is going to matter to you – if it matters at all. If you’re listening to hi-res audio through your AirPods while walking on the street or sitting on a bus or sitting in your house with the air conditioner running or in a motor vehicle or on an airplane, the ambient noise in the environment will make it all but impossible to hear the difference between a pretty good 320 kbps AAC file and a very amazing 9,216 kbps hi-res audio file.

For geeks: Spotify and Pandora free versions typically stream at a bitrate of 160 kbps. Spotify Premium offers bitrates up to 320 kbps (mp3 or AAC quality audio).

If you believe that you can hear the difference, and you have an audio system set up to take advantage of the increased fidelity, some companies are still trying to make a go of the hi-res audio space.

Jay-Z’s TIDAL platform separates itself with its HiFi subscription tier, which offers access to high-res audio and costs $20/month: twice the price of its base tier, as well as twice the price of Apple and Spotify’s most popular plans. Called “TIDAL Masters,” these hi-res tracks are “master-quality recordings directly from the master source.” HiFi audio has good sound, but limited resolution (44.1 kHz /16 bit); TIDAL Masters offer “an authenticated and unbroken version” (typically 96 kHz / 24 bit). TIDAL offers 60+ million tracks, including 170,000+ in hi-res.

Looking for more options? Here are some hi-res audio alternatives:

If you’re on cellular, you’re going to blow through data much more quickly than you would if you’re playing lossy audio from Spotify or Apple Music. Lossless compression goes hand-in-hand with large file sizes.

I am not telling you that there is not a huge difference between mp3/AAC files and hi-res audio files. There is, and it is demonstrable. In the right listening environment, hi-res audio is one of the great pleasures in life. But the vast majority of people probably don’t have (or frequent) such an environment, and the convenience of the lower-sonic-quality files make them good enough. This was Steve Jobs’s key insight. Good enough! Which is why I believe, as much as I love hi-res audio, it is a solution in search of a problem.

This article was originally published on June 6, 2019. It has been updated.