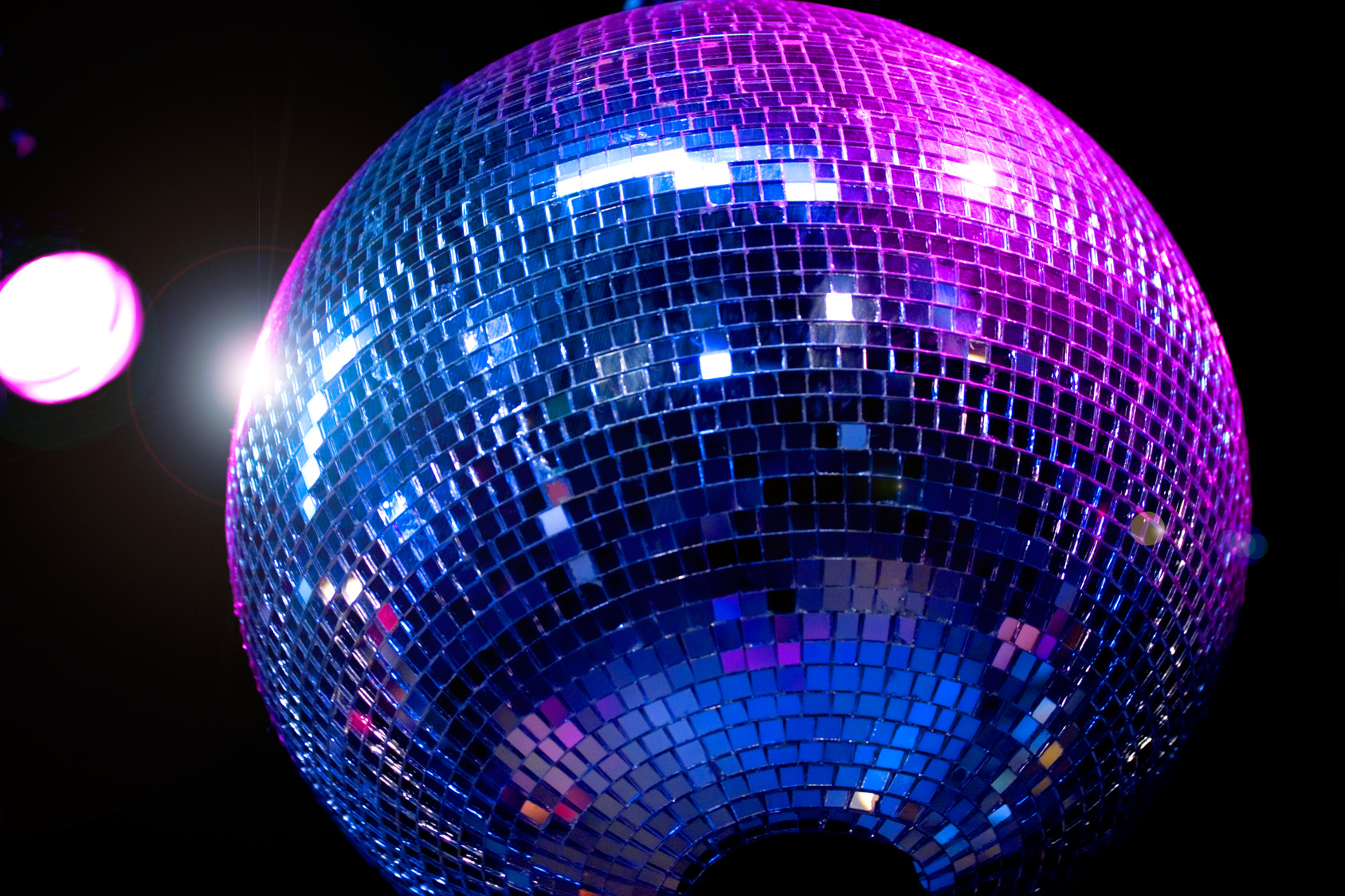 A vice president at a very large company just sent me a purchase order for a “blue disco ball.” That’s my metaphoric name for a specific kind of middle management error that most vendors, suppliers and even solutions providers love most. What is a “blue disco ball?” It’s every senior executive’s worst nightmare and every vendor’s holiday bonus all rolled into a budget-busting good time.

My first internship out of film school was awesome! I had the good fortune to work for an assistant producer on a major motion picture. I was a gofer, the absolute lowest job on the totem pole. Some of my duties included, getting coffee, going to pick up props, and keeping my mouth shut — all of which I did to the very best of my ability. What I didn’t know was that this particular entry level job was about to teach me some of the most important business lessons I was ever going to learn.

On my very first day, I attended a production meeting. The director (a super famous household name I will not drop) told the line producer that a he needed a 60″ blue disco ball to hang in the middle of the set for an upcoming scene. With no questions asked, the job was handed to my immediate superior with a very specific deadline two days out.

The first thing my boss did was call the property department and ask if they had any 60″ blue disco balls. They did not. He turned to me and said, “I know a fabrication house in town that can do this,” and without skipping a beat, he called the fabricator.

I located a bunch of red, green and clear disco balls, but there were no blue ones and nothing was even close to 60″ in diameter. My boss looked at my call list and agreed that I had contacted everyone who could possibly bid on the job. As requested, I had also obtained the additional fabrication quotes, but all were approximately $10,000.

My boss called his preferred vendor and ordered the 60″ blue disco ball and I heard him clearly communicate a deadline (which he set for six hours before we really needed the prop). I asked about the artificial deadline and was told that we needed a buffer, “just in case.” When I suggested that shortening the deadline by six hours might make an almost impossible deadline even more impossible, I was told, “that’s not how it works.” (We’ll save this particular vendor management issue for another day.)

In some alternative universe, that might have been the end of it, but this story was far from over.

Get Shelly’s 6 Tips to Avoid A Poor Management Decision →

The artificial vendor deadline came and went, but my boss was not alarmed, he was an experienced assistant producer and he had built a six-hour buffer into the deadline. As the real deadline approached there was no sign of the ball and the fabricator was not picking up his phone.

About an hour before the real deadline the director barked a question at the line producer (my boss’s boss) and I quote, “Where the f#@k is my blue disco ball?” I didn’t hear the response, but the director became extremely agitated. There was a bunch of screaming and finger pointing when, out of nowhere, the property master for the studio (who just happened to be walking by the set) asked what all the commotion was about.

The director and the line producer told him that they needed a huge blue disco ball hanging in the middle of the set and that it had not arrived — they were going to have to cancel the shoot. That sounded serious, but when did the word “huge” replace the exact 60″ specification? I had not heard the word huge in the context of the blue disco ball before.

Then, the property master asked the most important question anyone could ask, “What are you trying to accomplish?” The director said, he wanted little dots of blue light dancing on the floor. The property master continued, “Are you planning to shoot the ball?” The director thought for a second, looked over at the director of photography, looked at the script, looked at the line producer, looked at the script supervisor and screamed, in an exasperated voice: “Is that on the shot sheet? No. I’m not shooting the f#@king ball … I want the dancing blue dots of light!!!” As calmly and quietly as I have ever heard anyone respond to being screamed at, the property master said, “So you need a disco ball big enough to reflect dots of light over the live area of the shot, and you want blue dots … got it.”

Without missing a beat, the property master picked up the phone and told one of the stage hands to bring up a disco ball. It was there in under five minutes. He told the gaffer put a dark blue gel over the light they were shining on the disco ball and “for free” there were blue dancing dots of light all over the set. The problem was solved by a seasoned pro who knew how to listen, ask the right questions and get the job done.

This would have been a happy ending, except that just as the set decorators and lighting director were finishing the set-up, the fabricator pulled up with the newly constructed 60″ blue disco ball. He was several hours past his artificial deadline, but he beat the deadline imposed by the line producer (my boss’s boss) by 30 minutes. He was on time and on budget. (There was no reason for the director’s tantrum, the cast wasn’t due out of make-up for three more hours.)

The free solution was already in place, so there was no need to use the shiny new 60″ blue disco ball (it was actually too big and would have been wrong for the shot, but this factoid is also for another day) they sent it to the props department. A $10,000 prop that should never have been ordered is probably still sitting unused in its original packaging 37 years later.

» FREE: Get 3 Amazing Tools to Help You Avoid A Poor Management Decision

The Moral of the Blue Disco Ball Story

I am always impressed by how many projects go over budget and how much money is wasted because of the “blue disco ball.” After all, a little knowledge is a dangerous thing.

Generally speaking, unless you are an expert in the field and you know exactly what you want and why you want it, you should resist the temptation to tell a vendor (or a direct report who is schooled in the art) what you want them to do. Outcomes will almost always be better if you tell them what you are trying to accomplish, and then ask them what they suggest and why.

If you tell a preferred vendor you want a 60″ blue disco ball in two days, you’ll get one with a bill to match. Vendors love to do what they are told — on time and on budget — it’s what vendors do. But imagine how much better this story would have turned out if 1) the right people were in the right meetings or, 2) the goals were properly communicated.

I learned many lessons on that film shoot. Perhaps the most important was the role of a solutions provider versus the role of a vendor. I learned about management structure, corporate governance and the power of bureaucracy. (Why wasn’t the property master at the original production meeting?) And, though I didn’t realize it at the time, I also learned that deeply understanding project goals was going to be the key to creating value for clients later in my career.

So, while a different me might have simply taken an order for a 60″ blue disco ball, the actual me politely asked a few questions to help my client save some money, look like a genius to his boss and create value for his company. Of course, I would have made much more money selling him a brand new, custom-made 60″ blue disco ball — but he really didn’t need one. 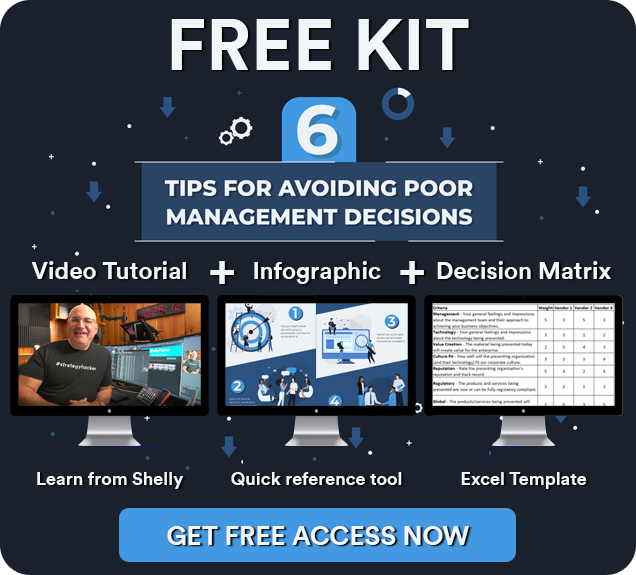