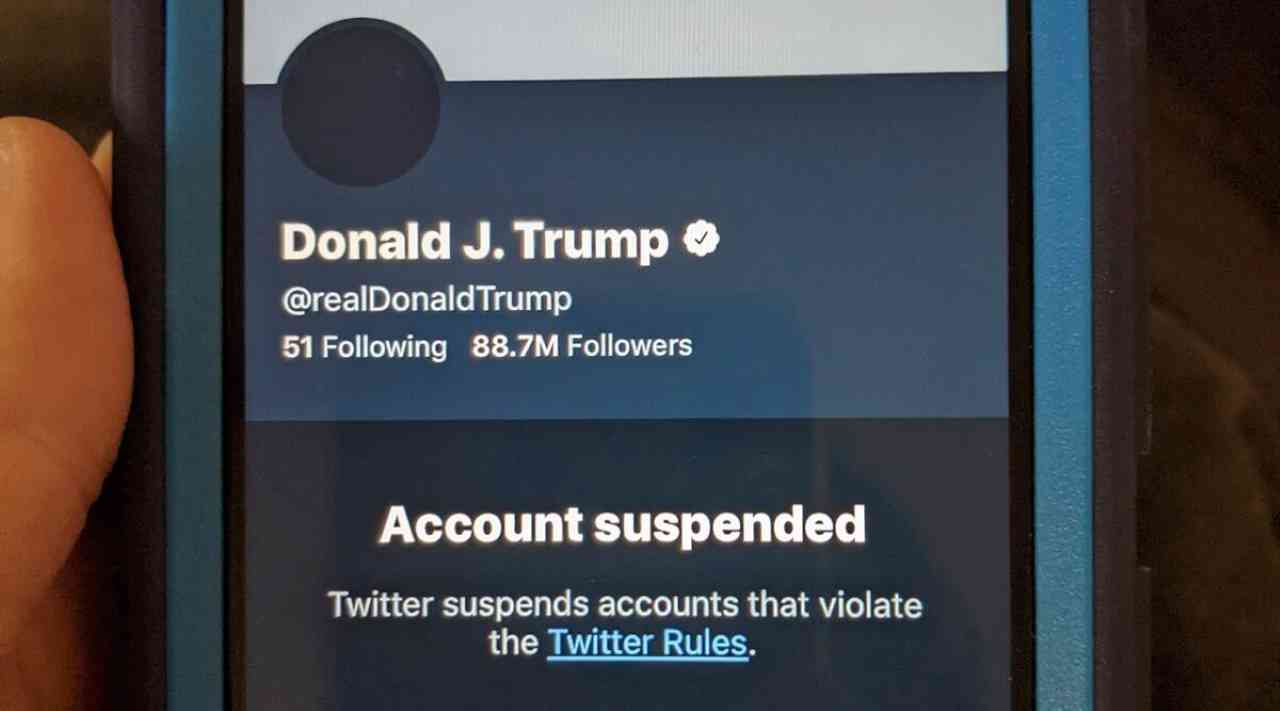 The gravity of what happened in Washington this past week cannot be overstated. There can be no excuses made for the people who attacked the Capitol Building. There is no justification for what they did. To a person, they should be identified and prosecuted to the fullest extent of the law.

In the aftermath, Trump was banned from Twitter, Facebook, Instagram, and Snapchat. Google and Apple removed Parler (an app that allows anyone to write anything) from their respective app stores. Not surprisingly, Trump supporters are trying to gaslight the Constitution.

Saturday morning, Donald Trump Jr. tweeted, “The world is laughing at America & Mao, Lenin, & Stalin are smiling. Big tech is able to censor the President? Free speech is dead & controlled by leftist overlords.” Clearly, the younger Mr. Trump has no idea what he is talking about. His argument is absurd. In fact, it is exactly backwards.

The 1st Amendment of the Constitution of the United States of America 1789 (rev. 1992) reads as follows: “Congress shall make no law respecting an establishment of religion, or prohibiting the free exercise thereof; or abridging the freedom of speech, or of the press; or the right of the people peaceably to assemble, and to petition the Government for a redress of grievances.”

The 1st Amendment was drafted to protect private citizens from a tyrannical government that might create a state religion (like almost every other country had at the time the document was drafted); to prevent the government from telling people what to think or what to say (which is the norm under totalitarian or dictatorial rule); to prevent the government from controlling the press (as is still the case in far too many countries around the world); to protect the right of citizens to get together for a peaceful protest; and to guarantee that citizens can let the government know when they have something they want dealt with.

The 1st Amendment is an easy read. You know what it doesn’t say? It doesn’t say that Trump has the right to force Twitter or Facebook or Google or Apple to let him on their platforms. In fact, it specifically says, as President (“the” government), he can’t.

If you’re going to scream about the 1st Amendment, you should read it first. Twitter, Facebook, Snapchat, Google, and Apple are private companies owned by private citizens. They, not the government, are protected by the 1st Amendment.

One other important note on the 1st Amendment. It doesn’t apply to you, your friends, the company you work for, or anyone else. It is silent on what consequences you may face for speaking your mind. It simply states that the government cannot restrict your words or put you in jail for them unless your words include any of the following: incitement, (defined by the Supreme Court as “advocacy of the use of force”); incitement to suicide, false statements of fact, obscenity, child pornography, “fighting words,” threatening the President of the United States, false advertising or factually false claims made by commercial enterprises, and plagiarism.

Said differently, in America you are always free to say almost anything you like. But before you speak, you should consider the potential consequences. If your words fall into one of the exceptional categories above, the consequences will be legal. But remember, the 1st Amendment does not apply to private companies. If you’re an “at will” employee (and even if you have an employment agreement), you can still be instantly fired if (based upon something you said, or did, or posted on social media) your company decides that you are no longer a “good fit.”

The 1st Amendment is not complex. It is a precious part of a document that describes the very soul of our constitutional republic. What is complex is what has happened to objective truth in the age of social media.

PreviousTrump Gets a "Time out" NextStripe and Amazon Take a Stand