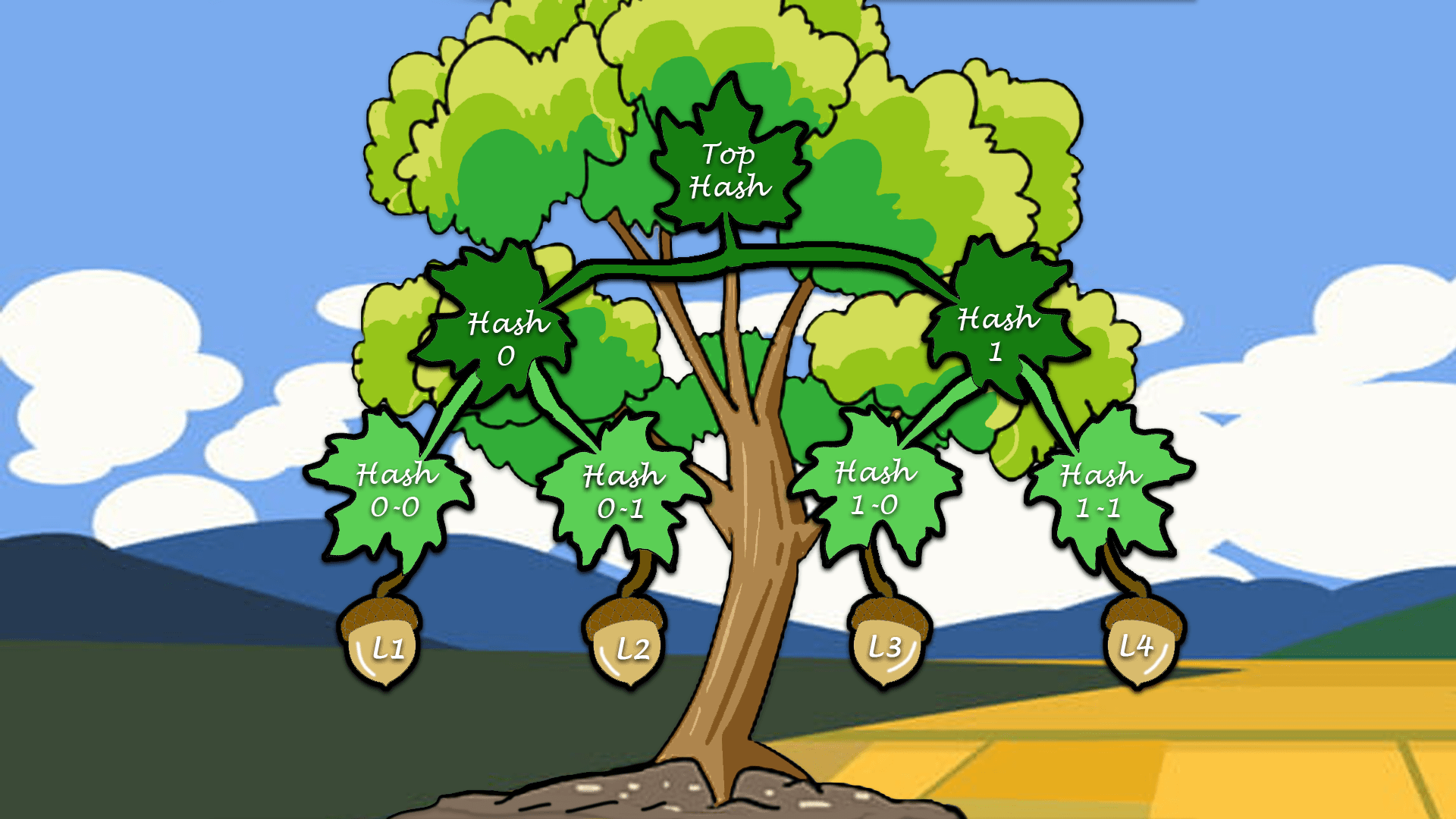 As she approached the entrance to the club, she gave the frame of her new prescription AR glasses a gentle squeeze. When she got to the door, it appeared to turn green, indicating recognition that she was over 21 years of age. Then, a message appeared along with a friendly voice asking for the 5 ADA cover charge. She shook her head yes. A moment later, the door opened, which indicated that the transaction had cleared. And so begins a story about life in a trustless, decentralized world − a tale from under the Merkle tree.

But we’re just getting started. Those who have stood on Ralph Merkle’s shoulders are about to usher in an era of individualism, privacy, and personal control that we have not seen since… um… ever.

It might be fun to unpack the technology from the first paragraph, but let’s save that for another time. Instead, let’s concentrate on the wireless, trustless, decentralized transaction. When the potential patron gets in range of the door, whatever tech they are using presents a token to the tech the club is using. The token verifies that the potential patron is over the age of 21, but offers no other information. This single data point meets the first condition of the smart contract that controls admission to the club. The potential patron is then automatically asked to tender the cover charge of 5 ADA. ADA are tokens (cryptocurrency) minted on the Cardano blockchain. When the 5 ADA tokens are received by the club’s crypto wallet, the final condition of the smart contract is met and the door opens.

There are certain things about this transaction that are very familiar. You need to be over 21 to get into a bar, and you have to pay the cover charge (unless you are friends with the bouncer at the door). And yes, you can do this right now with a credit card or any number of other digital tools. But if you did it right now, you’d be leaving a massive data trail. You’d be handing a stranger your driver’s license. You would be paying with a credit card that needs to be cleared by a central authority that already has all of your personal information plus a profile of everything you’ve ever done with that credit card. Today, you would be using a smartphone tied to a commercial carrier network, and that carrier not only has all of your personal information but also has aggregated a massive profile of everywhere that phone has been, everyone you’ve ever called or texted, and all of the data from every data collection opportunity you forgot to opt-out of.

Contrast that with the trustless, decentralized experience we’ve posited. Here, the radio in the phone might still be tied to a carrier − but your digital wallet doesn’t need internet access to function. It could connect to the club via WiFi or Bluetooth or unlicensed 5G spectrum. But there’s even more privacy and data sovereignty to think about.

First, no extra data is made available to the club owner. There are only two things the club owner needs to know. Are you over 21, and did you pay the cover charge? In this case, your private, immutable, decentralized ID confirmed that you exceeded the minimum age without revealing your actual age or anything else about you. Second, it would not matter if one of your friends was running the front of house when you arrived because the funds (in the form of ADA) were immediately and irrevocably transferred from your digital wallet to the club’s digital wallet as a condition to open the door and let you in. No cheating! The funds absolutely changed hands.

This is just a thought starter; you can easily take it much further. There could have been a Dutch auction for a limited number of NFT tickets to the club. These NFTs (which are, by definition, smart contracts) could have been written to include promotions for the act performing that evening. Loyalty programs could have been created. In practice, if you can think it up, you can write it into a smart contract. Perhaps the NFT would include payment coupons for the two-drink minimums or discounts or other incentives.

Taking this to the next level, imagine a world where you can freely combine your ideas, your social media skills, your social video skills, your business skills, and all the other creative energy that makes you unique and awesome and then remove most or all of the friction imposed by the central authorities we’ve always been forced to deal with. That future is literally just months away.

The family of technologies that enable decentralization promises to bring us new levels of financial freedom, personal data sovereignty, and a wealth of opportunities. I can’t wait!

Want to chat about a blockchain project?

PreviousWe're running out of chips! NextRansomware Attacks. Are you next?