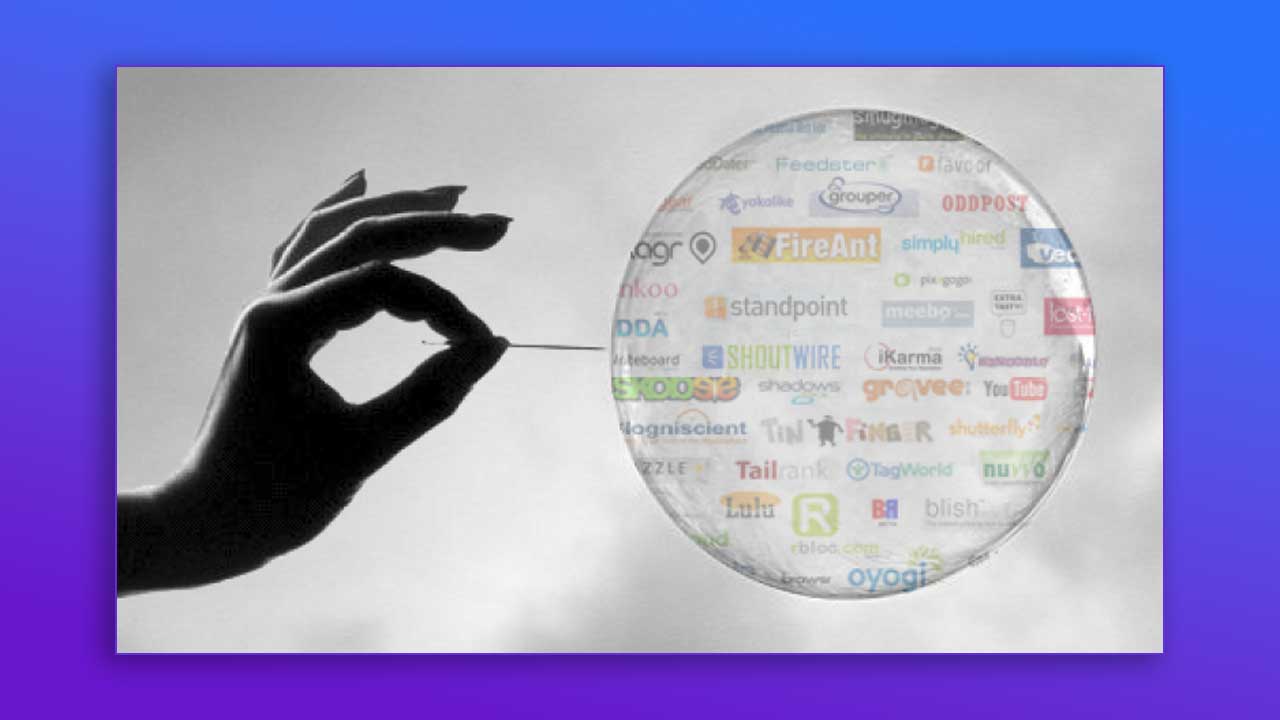 In 2000, almost $8 trillion of wealth vaporized when the dot-com bubble burst. It was a tough year for Wall Street, venture capitalists, and average retail investors. Why? The pundit parade did its best to explain the crash, but markets are complex systems (which makes them computationally unpredictable). So, in the end, the only thing we could be sure of was that $8 trillion had gone missing. What did we learn?

Was the internet valueless because the dot-com bubble burst?

In 2000, there were companies on the NASDAQ with billion-dollar market caps that not only were not profitable but had no chance of ever being profitable. These financially engineered valuations were, in fact, fictitious. But that didn’t stop speculators, newbies, and “get rich quick” thrillseekers from taking the NASDAQ up over 5,000 in March 2000, and by January 2001 it was just under 2,300. It didn’t matter who you were or what your startup was about; by Q2 2000 you could not raise a dime if you even mentioned the idea of a dot-com.

But what did any of Wall Street’s insanity or the motivations of the professional wealth-creators on Sand Hill Road have to do with the value of the internet? No one would invest in a company that leveraged it. Did that mean the internet was dead? Was it valueless? Look around you today. Everything and everyone is connected to the internet. We could not function without it. And yet, just 22 years ago, it was the third rail of finance.

If you ask the wrong question, you are guaranteed to get the wrong answer

If you look at the world of DeFi (decentralized finance) through the lens of cryptocurrency, you are looking at the dot-coms and not the internet. Early dot-coms were financially structured to benefit the venture capitalists (and an occasional founder) but few others. So it is with the proto-world of crypto. Yes, the crypto markets are volatile. Yes, the vast majority of the 19,000+ cryptocurrencies are going to fail. Yes, the vast majority of blockchain-based businesses are going to fail. Failure is how we learn.

The late Clayton P. Knowles, Jr. (one of the best and most brilliant attorneys I’ve ever had the pleasure of working with) used to say, “Do you know the difference between a rich genius and a broke genius? A rich genius is six months ahead of his time. A broke genius is five years ahead of his time.” All jokes about timing are clichés for a reason. It’s easy to predict the future: Someday, people will use eVTOLs (electric vertical take off and landing vehicles) much the same way we use automobiles today. When will this “someday” happen? Good luck picking the date.

Perhaps there’s more to learn from dot-com history than superficial anecdotes about timing or hype cycles. Dot-com companies came and went, but the people remained in the game. The ultimate winners were true believers. They saw the value of the tech and intrinsically understood how it would (someday) impact how we lived our lives. Technology is meaningless unless it changes the way we behave, and DeFi is a collection of behavior-changing technologies.

So, does 2022 = 2000? No. We’re smarter now. Society is more technologically savvy and we have better tools. The dot-com crash was far from unique. We’ve seen many shakeouts in the history of nascent technologies (the industrial revolution in the 19th century, transportation industries in the 20th century, etc.). We can look to 2000 for inspiration, but it’s up to us to invent the future we want to live in.

PreviousDigital Parenting: How to spy on your kids NextApple’s Plan for its Mixed Reality Headgear