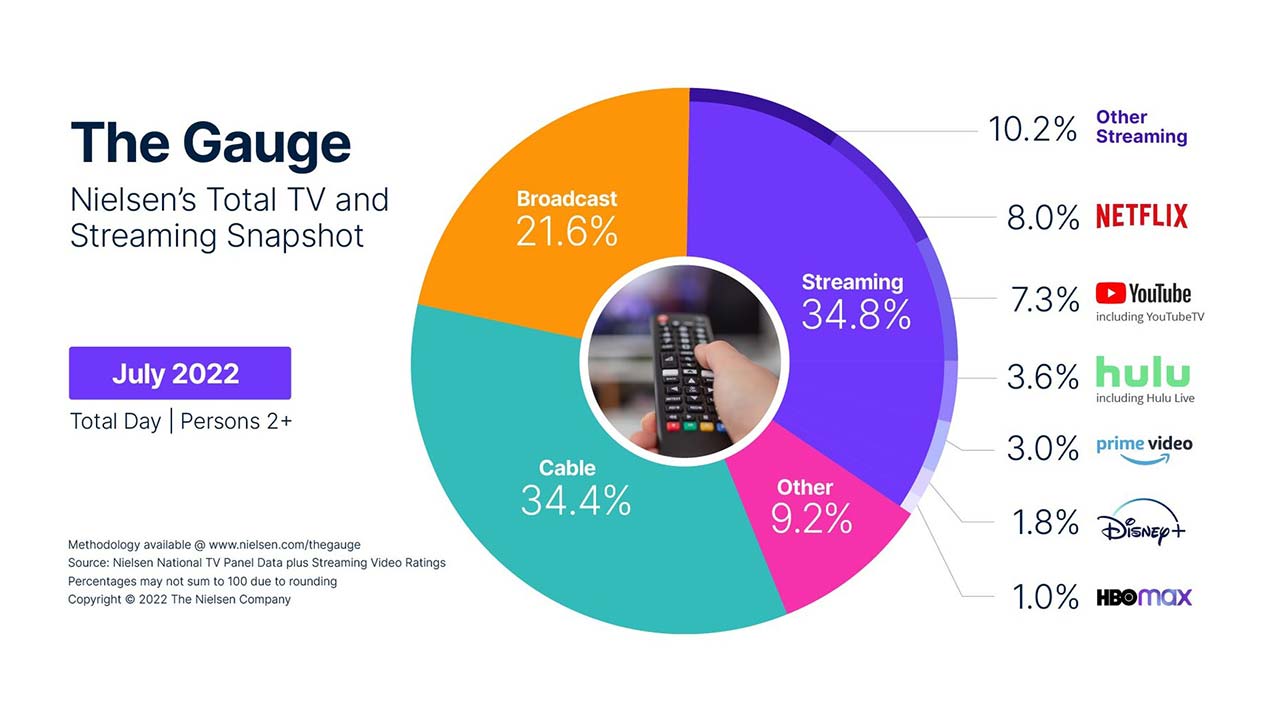 My first book, Television Disrupted: The Transition from Network to Networked Television, was published in April 2006. As the title suggests, the thesis of the book was that streaming was television’s obvious, inevitable future.

According to a Nielsen report, “Streaming claims largest piece of TV viewing pie in July,” we have reached the inevitable future I (and many others) predicted 17 years ago when I put pen to paper.

It’s the summer – and the NFL is not on TV in July – so these numbers won’t stand, but in July, services like Netflix, YouTube, and Hulu made up 34.8 percent of people’s watch time, while cable made up 34.4 percent. Broadcast TV made up 21.6 percent. Added together, traditional TV services still beat streaming, but streaming had the biggest piece of the pie. That said, the future of television is still obvious and inevitable.

It was fun to walk down memory lane this morning. I went to Amazon to see what I said about the book back then. The Table of Contents just made me smile. Here’s what the promo says:

What’s happening to the business of television? Television Disrupted: The Transition from Network to Networked Television will empower you to make informed business, career, and investment choices by giving insights into the technologies, business rules, and legal issues that are shaping the future. You’ll learn about: Time-shifted and on-demand viewing, mobile video, file sharing, interactive and advanced media, advertising, copyright laws, paradigm shifts, parlor tricks, and much, much more.

This book will serve as a baseline to help executives, investors, or professionals get a handle on the future of television and the role it plays in evolving media.

I guess my next book should be Internet Disrupted. The future of the interweb is just as obvious and inevitable. Anyone got a pen?