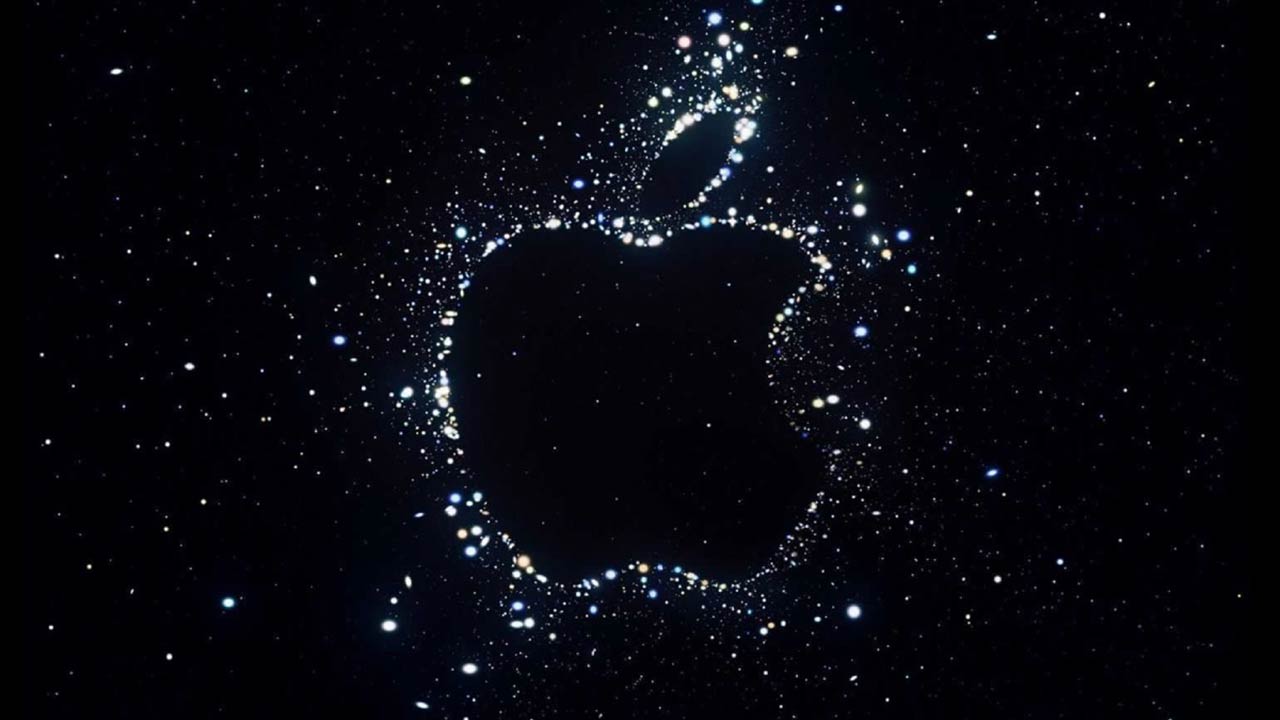 Apple on Wednesday unveiled the iPhone 14 and Apple Watch Ultra, along with new AirPods and more, at its “Far Out” event. Here’s everything you need to know about Apple’s latest and greatest. 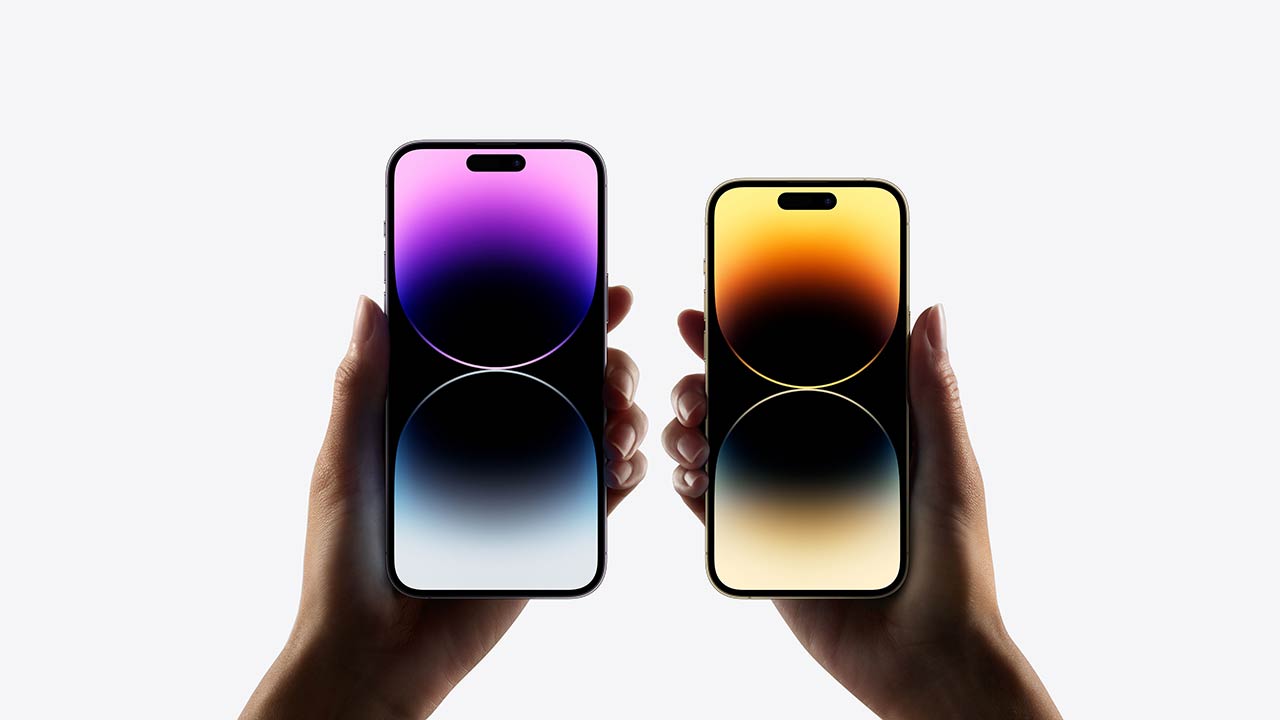 For the first time since the iPhone X, Apple’s new flagship smartphones – the iPhone 14 Pro (6.1”) and iPhone 14 Pro Max (6.7”) – feature a major redesign. Replacing the notch we’ve all grown to tolerate, Apple’s new smartphones have a pill-shaped cutout that adjusts dynamically that houses the Face ID tech, while a second cutout holds the camera. Apple calls this area “Dynamic Island.”

Another major change: the iPhone’s new always-on display, which you can customize with iOS 16 by adding reminders, calendar events, and more, letting you quickly read updates without having to touch your phone. This always-on display will benefit from Apple’s new A16 Bionic chip, which is more energy efficient than its predecessor.

As always, the camera in the newest iPhones is better than ever. Apple moved from a 12 MP sensor to a 48 MP sensor, meaning better low-light photography. Along with a quad-pixel sensor with f/1.78 aperture and 24mm focal length, Apple says the new camera setup generates low light photography three times better than before. (As far as video goes, Apple’s cinematic mode can now shoot video in 4K resolution at 30fps and 4K at 24fps.)

Apple also unveiled the iPhone 14 (6.1”) and 14 Plus (6.7”) … but no 14 mini. Both versions include the brand new Emergency SOS feature (also included in the phones above), which offers emergency messaging via satellite if you’re out of cell signal range. The feature, which is free for two years, will walk you through how to connect to a satellite in case of an emergency.

A bummer for power junkies: all versions of the iPhone 14 use last year’s A15 Bionic chips. Blame the global chip shortage. 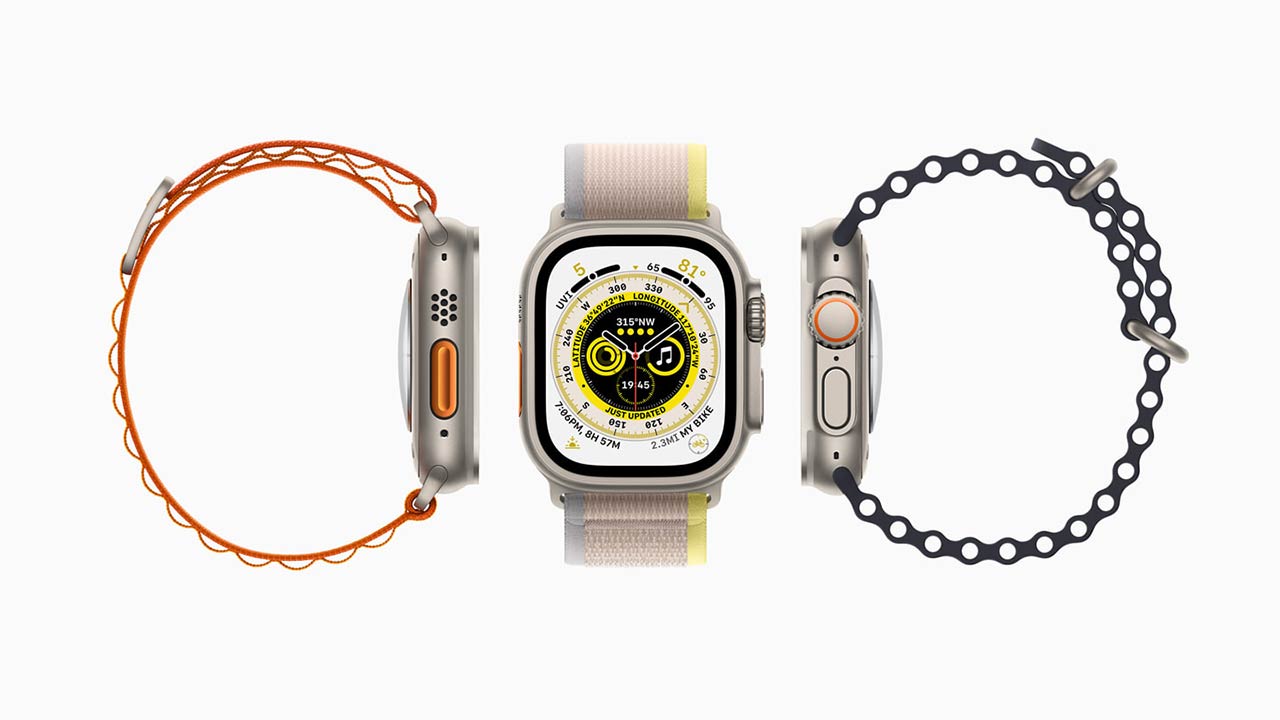 The Apple Watch Ultra is here, and extreme sports enthusiasts and rugged outdoors types should rejoice. A more rugged (and expensive) Apple Watch, the Ultra features a bigger display, a button guard, and an “Action” button you can customize with workouts, apps, and more. Three built-in mics will boost sound quality and minimize background noise (like wind).

The biggest upgrade may be the battery, which Apple says gets 36 hours on a single charge – or up to 60 hours on a new low power setting used to measure heart rate and for GPS. Apple is catering to the hardcore athletes with the Ultra, noting it can last a long-course triathlon (a 2.4-mile swim, a 112-mile bike ride, and a 26.2-mile marathon).

A nice quality of life upgrade is that the buttons and crowns now when you’re wearing gloves. (If you’ve ever gone for a winter run with an Apple Watch, you know how annoying this could be.)

The new watch is rated with WR 100 for water resistance and EN 13319 for scuba diving, and it includes a lot of nice upgrades for water sport enthusiasts (like a new depth app).

The Apple Watch was already the most popular smartwatch on the market. With these new features – and the new target demo – Garmin and Polar should take notice.

The Apple Watch Ultra starts at $799 and will be on September 23.

There’s a new “standard” Apple Watch, too – the Watch Series 8 – that features a temperature sensor and two new motion sensors (which detect if you’ve been in a car crash).

The new sensor checks your temperature every five seconds and can detect bodily fluctuations as small as 0.1 degrees Celsius. Apple says this “takes its commitment to women’s health even further,” as it’s useful for those seeking insights into their ovulation cycle. Keeping with its hallmarks of privacy and security, Apple noted all of your data is encrypted on the device itself.

The low power mode from the Ultra is here, too – as well as on older Apple Watches running watchOS 9 via a software update – which extends the watch’s battery life from 18 to 36 hours.

There’s an upgraded version of the original Apple Watch SE, too. It’s $30 cheaper than its predecessor, has the more powerful S8 processor, and has a few new features, too, like crash detection (also on the Series 8). It starts at $249 and will be available on September 16. 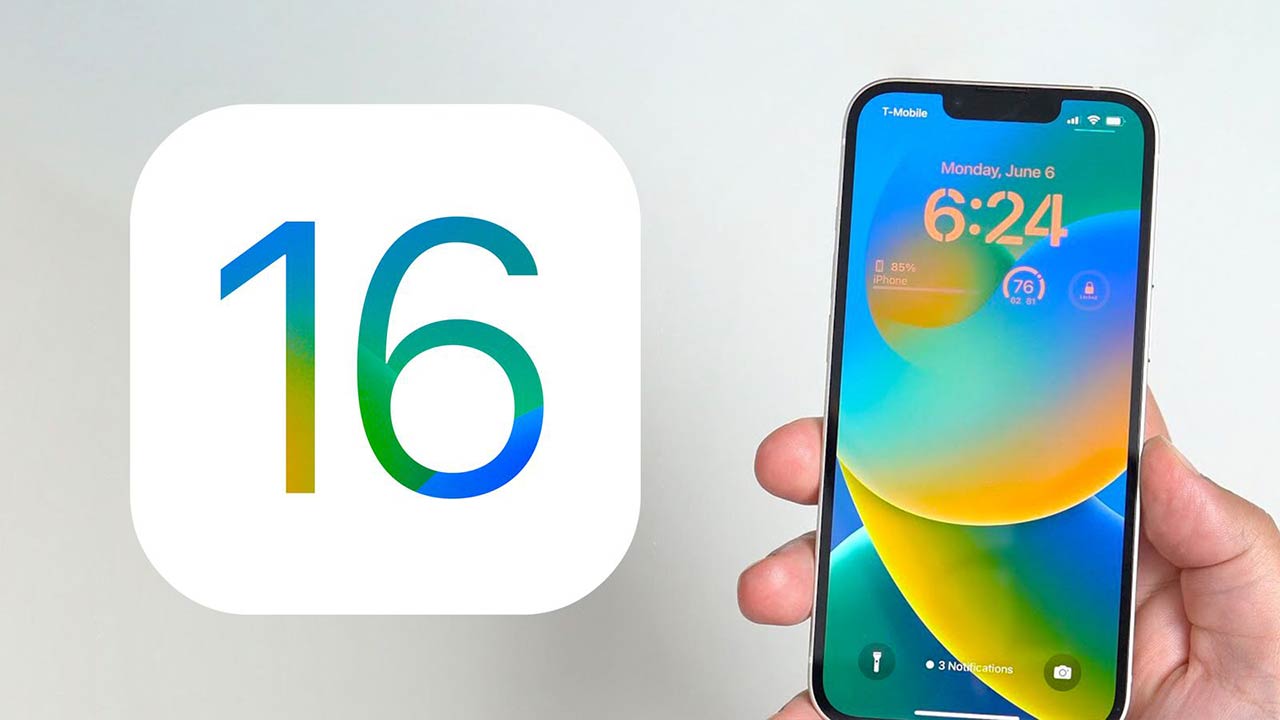 iOS 16 and watchOS 9 will both be publicly available as free upgrades on September 12. (Unfortunately for iPad owners, iPadOS 16 has been delayed. No date has been announced.)

New iOS 16 features include improvements to the lock screen (like widgets and a new customizable look) and the ability to un-send (or edit) iMessages. Apple is also out to kill the password, too; Wired has a great write-up on what Apple’s new passkeys are all about.

New to watchOS 9 is message editing (performed via the Watch crown) and improvements to meditation and mindfulness. More prominent are new fitness features (like new tracked metrics and multisport activity support) and wellness improvements (like medication reminders and comparison charts for sleep tracking). 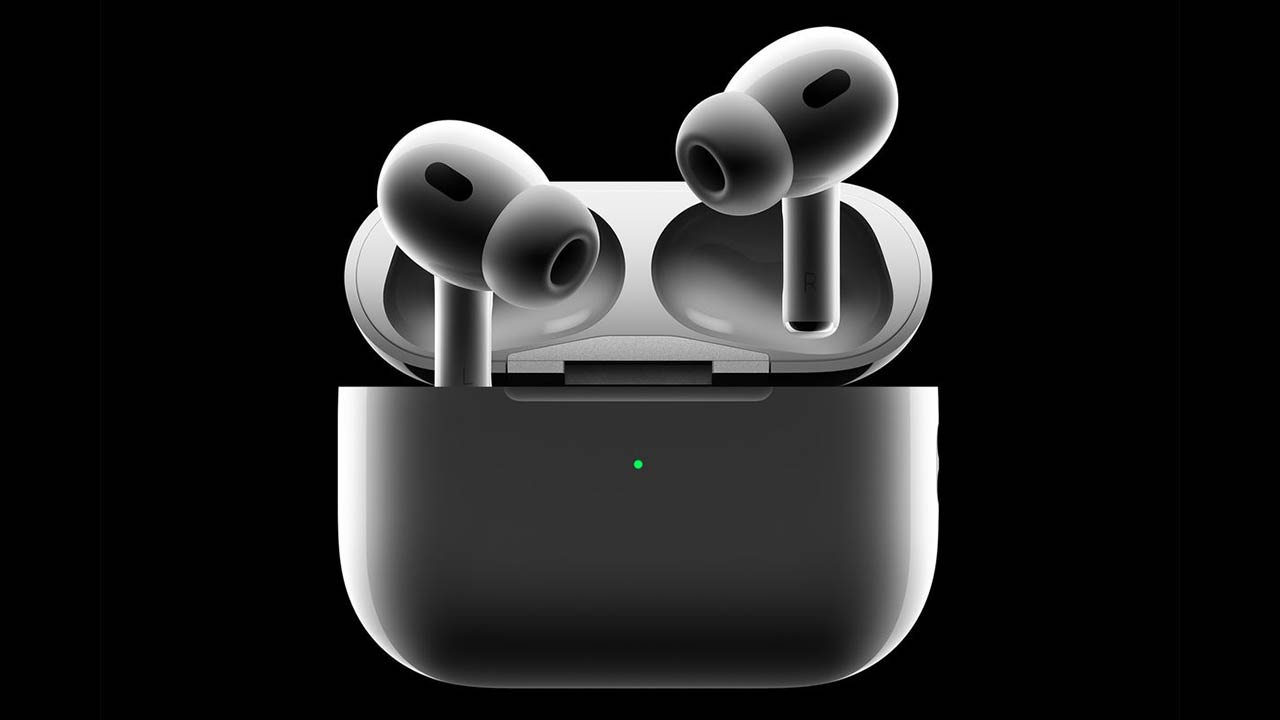 Apple also took the wraps off its new AirPods Pro, which feature a new H2 chip with better sound quality and improved noise cancellation. The biggest quality of life improvement may be the addition of gesture controls, as you can adjust volume by swiping the stem of your AirPod. This means you don’t have to dig for your phone to pump up the volume.

There’s a new case, too, which has a built-in speaker and Find My support, which means it’ll be easy to find your AirPods if you misplace them. This new case can be charged via Lightning cable or with a Qi or MagSafe charger, including support (finally) for the Apple Watch charger.

Other New Features and Changes

If you’ve been jonesing for Apple Fitness Plus but haven’t sprung for the Apple Watch yet, good news: you’ll soon be able to subscribe to Apple’s premium workout service without a watch.

If you’re paying for AppleCare Plus (or get it with Apple’s “upgrade every year” plan), it now covers unlimited repairs for accidental damage protection. (In the past, you’d only get two of these every 12 months.) Fixing your phone isn’t free free, though, as there’s a $29 deductible for screen or back glass repair and a $99 deductible for “other accidental damage.” This tweak is available on AppleCare+ for Apple’s entire line of phones.

None of Apple’s iPhone 14 models in the U.S. will have a physical SIM tray. They’ll be able to use two eSIMs at once, though, and store more beyond those.

PreviousRussian Stablecoins: What Could Go Right? NextMay She Rest In Crypto