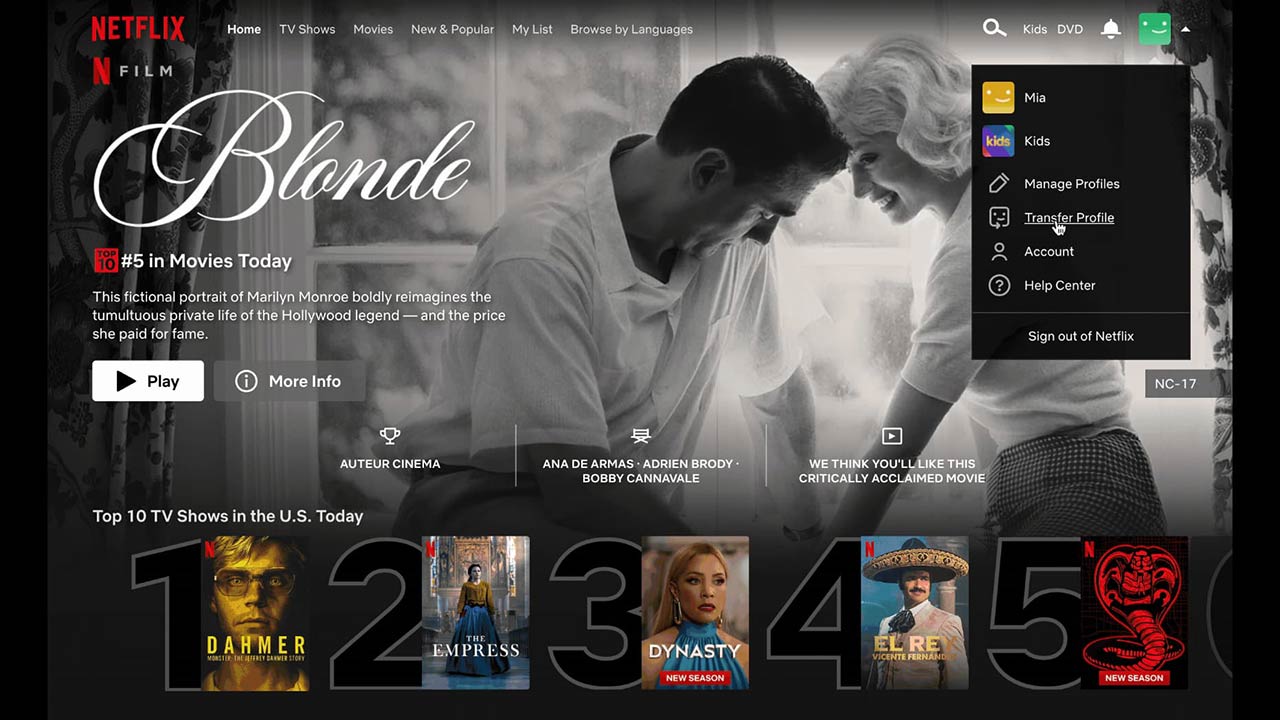 Sharing is caring… unless you’re a Netflix subscriber. In that case, the streaming giant wants you to pay for your own account. However, in a move that is actually far more interesting than its crackdown on password sharing, Netflix will let users transport their profiles from the account they share to a new (paid) account.

A Netflix spokesperson says “it’s a hit with audiences.”

Either Netflix is embellishing its story to make its crackdown on password sharing more palatable, or it has tested the theory and found that people want to take their data with them. If the latter is the case, would Netflix be open to letting me take my preference data with me to Apple TV+ or Disney+? The question doesn’t make sense because there’s nothing about my Netflix data that would be actionable by anyone but Netflix… or so it seems. An outside user would need to transform the data into a usable format, learn what they could about the data, then operate on it to make some predictions. Easier to say than to do, but doable nonetheless.

Today’s thought experiment is to make sense of what Netflix has learned and have it help you craft a data privacy policy that could apply to the rest of the data that big tech collects about you.

LMK how far you get.